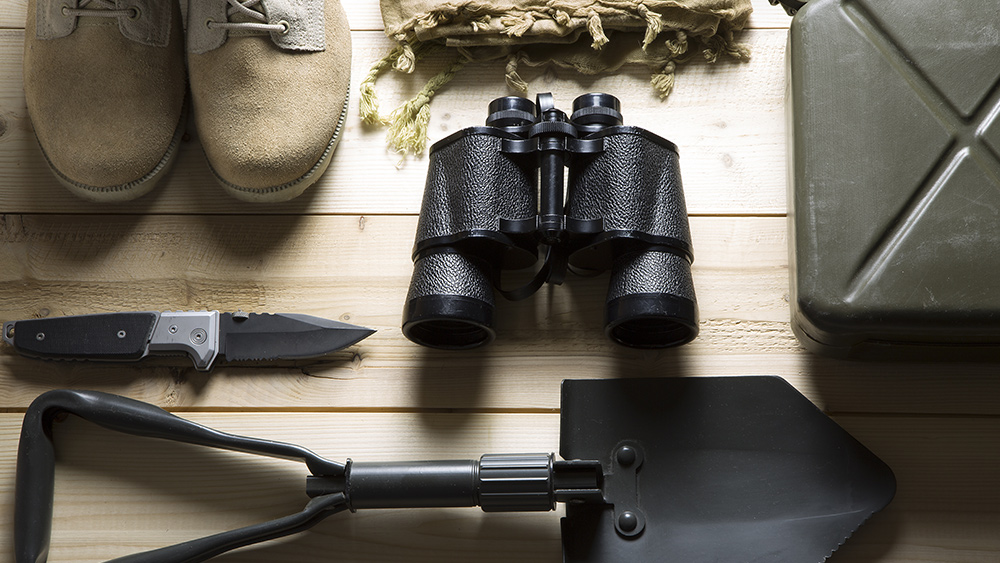 Survival of the Richest author Douglas Rushkoff published an exposé the other day at The Guardian about how the world’s money-grubbing tech gurus are actively trying to build themselves survival bunkers to weather the coming apocalypse that they are helping engineer.

Rushkoff says he was recently invited to attend a secret gathering of five tech billionaires somewhere out in the desert, during which he was asked all kinds of questions about how to build the best and most secure underground bunkers.

These billionaires’ biggest concern seemed to be about how to ensure that the security forces they hire do not turn on them once everything hits the fan. Demonstrating their total lack of empathy – meaning these tech billionaires are sociopaths – they simply could not comprehend that treating people right now will serve them much better than trying to forcefully ensure their own survival at the expense of everyone else.

“How do I maintain authority over my security force after the event?” asked the CEO of a brokerage house, recognizing that Rushkoff knows a thing or two about survival and the logistics surrounding its success. (Related: Ever since covid, the doomsday bunker business has been booming.)

“The event. That was their euphemism for the environmental collapse, social unrest, nuclear explosion, solar storm, unstoppable virus, or malicious computer hack that takes everything down,” Rushkoff explains in his piece about the primary focus of these tech billionaires.

It turns out that the bulk of the private meeting was centered around the security issue and how to keep security forces paid, fed, and happy so that they continue to protect the very tech billionaires who destroyed the world in the first place.

While one of them suggested simply locking their food behind combinations that only they knew, at least one of the tech billionaires proposed forcing their security teams to wear disciplinary shock collars to ensure their compliance.

Another brought up the idea of building non-human robots to serve as guards and workers for their underground, dystopian “paradises” that they expect to survive in once society collapses.

Rushkoff, who describes himself as a “Marxist media theorist,” tried to reason with the men about how a more pro-social approach centered around partnership and solidarity is the most promising for preserving “our collective, long-term challenges.” It turns out that none of them wanted to hear any of this.

“The way to get your guards to exhibit loyalty in the future was to treat them like friends right now, I explained,” Rushkoff writes about what he said to the tech billionaires. “Don’t just invest in ammo and electric fences, invest in people and relationships. They rolled their eyes at what must have sounded to them like hippy philosophy.”

In the end, Rushkoff says he came to the realization that billionaire tech moguls “are actually the losers” in this whole scenario. They will likely be the first to go once all bets are off because We the People see them for who they are.

“The billionaires who called me out to the desert to evaluate their bunker strategies are not the victors of the economic game so much as the victims of its perversely limited rules,” Rushkoff says.

“More than anything, they have succumbed to a mindset where ‘winning’ means earning enough money to insulate themselves from the damage they are creating by earning money in that way. It’s as if they want to build a car that goes fast enough to escape from its own exhaust.”

“Yet this Silicon Valley escapism – let’s call it The Mindset – encourages its adherents to believe that the winners can somehow leave the rest of us behind.”

The latest news about the coming collapse can be found at Collapse.news.