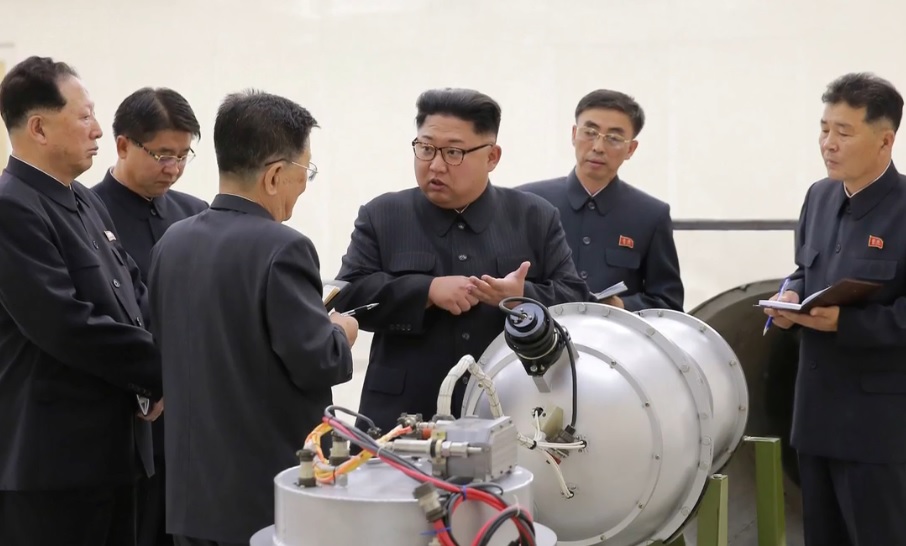 The Bulletin of the Atomic Scientists (BAS) has moved the “Doomsday Clock” 30 seconds closer to midnight, leaving us only two minutes away from global Armageddon. The decision to move the hands of this hypothetical timepiece was made last January 25 amidst growing concern of a nuclear attack — particularly between North Korea and the United States. This is the closest we have ever been to midnight since 1953, when both our country and the then-U.S.S.R started work on hydrogen bombs, a far more powerful class of nuclear weapons than atomic bombs.

Lawrence Krauss, the chair of the BAS Board of Sponsors and the director of the Origins Project at Arizona State University said that no one factor can be “blamed” for their decision to inch the clock hands further. Despite erroneous reports that President Donald Trump is solely to blame for the movement, Krauss emphasized that several factors influenced the board’s decision. These included the increased reliance on and the highly probable risk of nuclear war; a massive loss of trust in political institutions, the media, and even science (Krauss noted that “facts” are no longer seen as reliable); and confused responses to climate change. These threats have undermined each and every government’s ability to help their citizens; a domino effect, Krauss explains, that led to their approval to move the clock forward.

Adjusting the Doomsday clock requires a united decision by the BAS’ Board of Sponsors, which includes 15 Nobel laureates and the BAS’ Science and Security Board which is composed of scientists whose field of study focus on nuclear technology and climate change. They meet twice a year to discuss all events that are of global importance.

The danger of nuclear conflagration

Nuclear war is a very real threat. Officials have stated that the threat of war between the United States and North Korea “[increases] every day” — an alarm further acknowledged when North Korea tested intercontinental ballistic missiles (ICBMs) capable of hitting large parts of our country only last December.

There is also evidence that proves that the global nuclear realm is escalating. Other countries, such as China, are increasing their nuclear capabilities. Countries in the Middle East as well remain a threat due to their focus on expanding their nuclear arsenals.

When the Cold War ended in the early 1990s, the number of nuclear weapons made by both our country and Russia decreased. Incidentally, that was the furthest we’ve ever been to midnight, according to Doomsday clock predictions — we were then a massive 17 minutes away from destruction. Nevertheless, the years have inched us slowly (and then quite rapidly) back into chaos. The start of the new century saw other countries developing their own nuclear power.

Tick, tock, where are the watchmen?

The clock has moved back and forth over the years but has generally remained between three to four minutes from destruction. Its movement to two minutes to midnight is meant to send a powerful message to world leaders, say BAS.

You can keep yourself updated with more news stories about the Doomsday clock at Collapse.news.