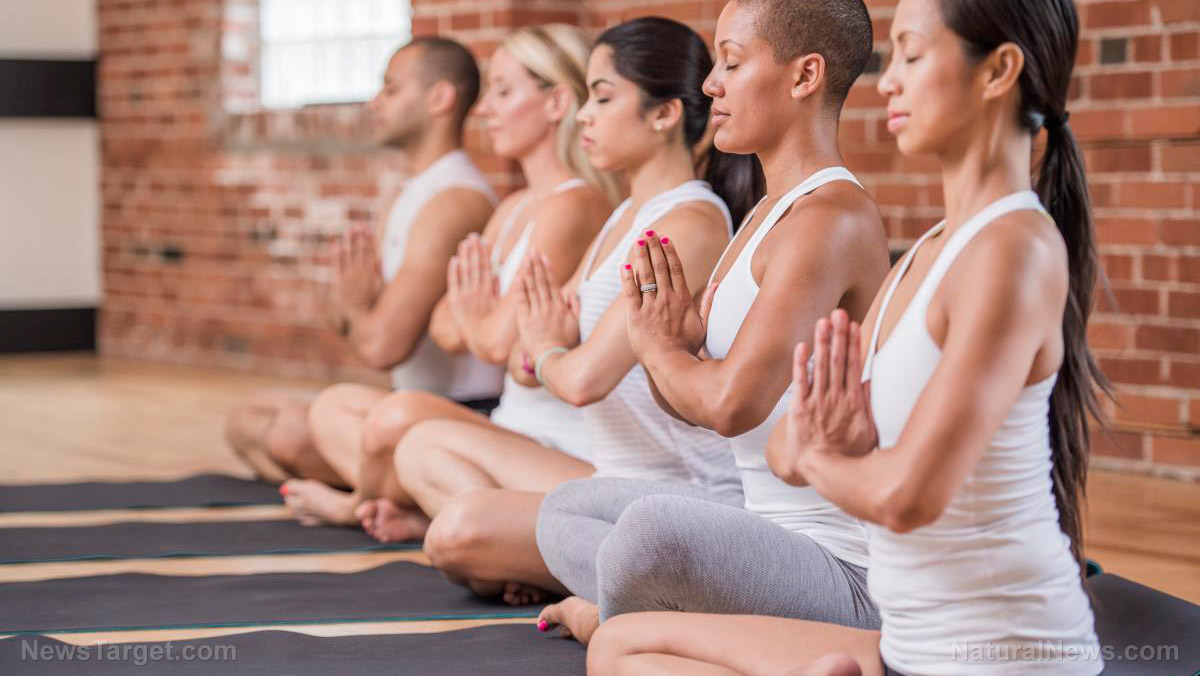 An Indian professor at Michigan State University (MSU) and her Jewish colleague recently co-penned an editorial condemning “white people” who practice yoga for engaging in what they see as an expression of “white supremacy.”

According to Shreena Gandhi, who teaches “religious studies” at MSU, white people who practice yoga are culturally appropriating something that early practitioners of this Hindu religious practice only brought to England and the United States as a tool of proving to colonialists that Indians were normal, healthy, and rational people.

Gandhi and co-author Lillie Wolff, who self-describes herself as an “antiracist white Jewish organizer, facilitator” contend that early Indians were “coerced” into “selling” yoga to white people. They further insist that yoga only became popular “because it reinforced European and Euro-American ideas of India.”

“Yoga became – and remains – a practice which allows western practitioners to experience the idea of another culture while focusing on the self,” their anti-white diatribe proclaims.

White people who do yoga are “racists,” but they shouldn’t stop because then the money would stop

What’s hilariously ironic about these ridiculous claims is the fact that they’re predicated with a disclaimer in the opening sentence of the editorial stating:

“To the so many white people who practice yoga, please don’t stop…”

Why should white people continue to engage in yoga practice even though doing so is “racist,” you might be asking yourself? Gandhi and Wolff later explain that yoga ‘contributes to our economic system” – meaning that white people who do yoga have money, and those who teach them yoga want as much of it as they can get.

In the same sentence, though, the Hindu-Jewish duo makes sure to point out that, even though yoga contributes economically to those who teach yoga classes and sell overpriced yoga pants, “never forget this system is one built upon exploitation and commodification of labor, often the labor of black people and people of the global south.”

If the goal here is to truly “de-colonize” exercise, stretching, and all other forms of activity that people engage in that their ancestors may not have, then it needs pointing out that Indian Hindus are hardly native to the state of Michigan where Gandhi has the privilege of teaching anti-white racism without apparent consequence. The same goes for Wolff, whose earliest Jewish roots hardly originate in the upper Midwest.

While we’re at it, we should probably also point out that neither Hindus nor Jews can legitimately lay claim to professorship in their cultural ancestry. Last we checked, higher education actually originated in ancient Greece, which means that these two are not only culturally appropriating “white culture,” but also using it to bash “white culture.”

In case you think this declaration is crossing the line, consider the fact that in their article, Gandhi and Wolff are bold in their own declaration that “white society” is “cultural[ly] void,” implying that so-called white people don’t have any culture of their own, and thus resort to “stealing” other people’s cultures.

If these two loons are truly serious about engaging in social justice on the cultural appropriation front, then the one needs to move back to India immediately and begin the task of dismantling the horribly unjust caste system that enslaves the Indian poor – while also agreeing to never again teach in a classroom of higher education or earn an income doing so since professorship is historically a Greek profession. The other can start by returning to the Middle East to “organize, facilitate, and heal” her land.

To keep up with the latest news on liberal insanity and the growing threat of anti-white bias throughout Western society, be sure to visit CampusInsanity.com.