After blocking a fossil fuel pipeline, Massachusetts was so short on energy, officials had to purchase natural gas from Russia 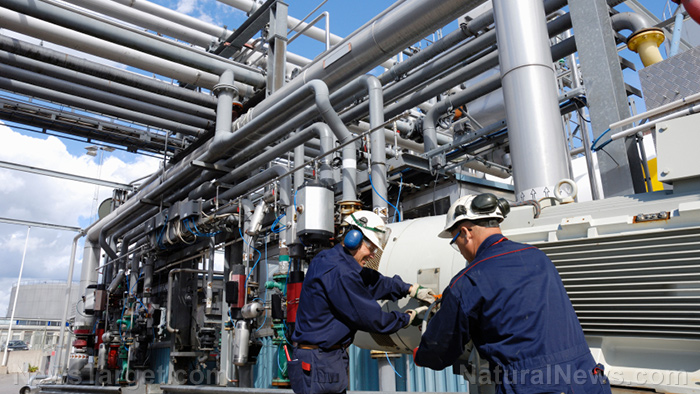 Worried about “climate change” and the threat of rising temperatures, Massachusetts officials adopted anti-fossil fuel policies in 2016 that made millions of residents very vulnerable during the long, cold 2017-2018 winter season.

In 2016, Massachusetts officials blocked financing for the $3 billion Access Northeast Pipeline. State officials promised that no new pipelines were needed. They promised that the state could utilize new green energy technology to maintain the power grid and keep “climate change” in check.

Attorney General Maura Healey promised that the state of Massachusetts could “maintain electric reliability through 2030” with no additional natural gas pipelines. The decision proved to be an ignorant one; just a year later, the state was rationing natural gas, hiking up prices, and burning more coal than ever before to keep up with energy demand. Boston even had to purchase natural gas from Russia to stave off the energy crunch. Russian natural gas company Novatek, sanctioned by the Department of State in 2014, ultimately helped keep Boston residents warm this winter. (Related: Remember when all the climate change experts warned that winters would be warmer and snowfall would decrease?)

Massachusetts Attorney General Healey and New York Attorney General Eric Schneiderman were so consumed trying to prosecute ExxonMobil over internal climate change documents that they couldn’t see what their anti-fossil fuel policies were doing to their respective states. In the rush to prove that they were doing something good for the planet, Massachusetts officials compromised the state’s energy grid and came close to cutting off heating to hundreds of thousands of homes across the state. Now the state has become dependent on natural gas imports from across the pond.

By blocking new pipelines, Massachusetts also had to depend on coal burning this winter, which accounted for more than 40 percent of the electricity delivered to the state during the coldest months of the year. The PJM Interconnection, the regional transmission organization for Massachusetts, is responsible for delivering energy to more than 50 million people, and the group’s president and CEO, Andrew Ott said, “We could not have served customers without the coal-fired resources; that’s the reality.” Without the influx of coal, residents would have faced skyrocketing energy prices.

Green energy groups such as Greenpeace, The Sierra Club, and 350.org are idealistic for promoting cleaner sources of energy, but dangerously unrealistic when it comes to advising and implementing energy policy in the real world. They oppose every new coal, oil and natural gas project in the country, believing that the U.S. is ready for 100 percent green energy. If these groups get their way, the U.S. will become more dependent on foreign energy sources, which is a dangerous situation to be in.

The irony in the global warming debate is that the state wasn’t faced with rising temperatures this winter; they were faced with the reality of a long, cold winter.  Temperatures plummeted drastically in the Northeast and parts of the Midwest during the 2017-2018 winter season, debunking global warming fears and making energy independence and energy diversification the highest priority.

For more on the problems with climate change groupthink and the dangers of shutting down pipelines, visit ClimateScienceNews.com.