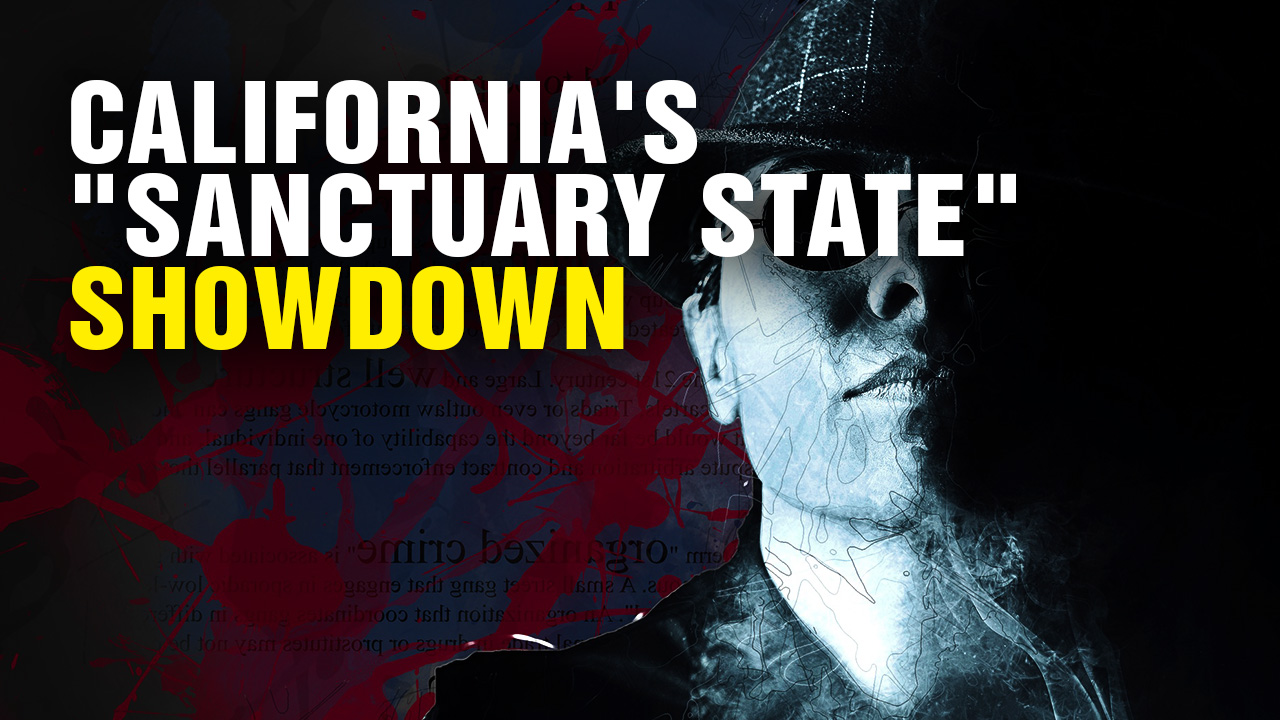 Most Americans who don’t live in the “Golden State” see California as a uni-party enclave whose residents all march in lockstep with the American Communist Party (a.k.a. Democrats) who run things there.

But that’s a misconception.

For years Democrats have been running roughshod over California’s diminished Republican and conservative ranks, ramming through one outrageous policy after another such as mandating vaccines for all kids, raising taxes to record levels, destroying the quality of life in major cities, and pandering to illegal aliens.

But now, after lawmakers voted late last year to officially enshrine California as a “sanctuary state” for illegals, in defiance of federal immigration statutes and flipping the bird to a president who campaigned as a true believer in border security and law enforcement, conservatives have had enough.

Several jurisdictions have now voted to openly defy state law forbidding local police from cooperating in most instances with federal immigration authorities. Others have voted to enjoin a lawsuit filed by the Trump Justice Department over the California statute.

In an interview with Fox News’ Laura Ingraham last week, former House Speaker Newt Gingrich said that Democrats in California are facing rebellion from “normal, everyday cities” from residents who are tired of taking a back seat to people in the country illegally.

Los Alamitos, located in California’s Orange County, held a second vote Monday to opt out of compliance with SB-54, the state’s sanctuary policies, which hamstring state and local cooperation with federal immigration enforcement officials. San Diego County officials voted 3-1 Tuesday to back the Trump administration’s lawsuit against California and retaliate against the state’s sanctuary policies

“People in normal, everyday cities are rebelling,” Gingrich told host Laura Ingraham. “Sheriffs are saying they’re not going to obey the state [sanctuary] law. Entire counties are opting out. And I think it’s a good debate because, let’s just take MS-13 [for example], which is an El Salvadoran gang spread all across America, extraordinarily violent.

“If the Democrats want to be the party that protects MS-13 to stay in America and kill people, I think that’s a great fall campaign issue,” Gingrich said, referencing the midterm elections in November.

Democrats — in California, anyway — do want to be seen as that party, as is evidenced by their policies. Gov. Jerry Brown, who is leaving office after his current term, defends the state’s sanctuary law despite the increasing blowback from a number of right-leaning cities and counties. (Related: California city votes a SECOND time to defy state over ‘sanctuary’ law.)

“How long can Jerry Brown allow this to go on? He’s tearing his state apart, and he’s endangering its citizens,” Ingraham asked Gingrich. “Some of your own county officials are saying your policies don’t seem to care about victims, past or future.”

Brown has pushed back against those kinds of criticisms — despite the fact that they’re true. When he was asked last week during a visit to Washington, D.C., about California cities and counties aligning themselves with the Trump administration and rebelling against the sanctuary law, he criticized the Republican Party.

“The Republican Party has this little, narrow group of … people that think that somehow they’re going to get elected” by heralding their opposition to sanctuary policies, Brown said at The National Press Club shortly after the vote in San Diego.

The same, of course, can be said about Democrats, the party of the donkey, when they put illegal aliens and criminals over the health, safety, and well-being of their own citizens.

Nevertheless, it’s hard to see how California wins the lawsuit filed against the state by the Trump administration. Not only does the federal government have providence over states when it comes to promulgating laws and rules pertaining to immigration, the Constitution’s “supremacy clause” makes federal law superior to state statutes.

Only a “lowlife politician” would disagree with those facts.

See more of this kind of content at InvasionUSA.news.