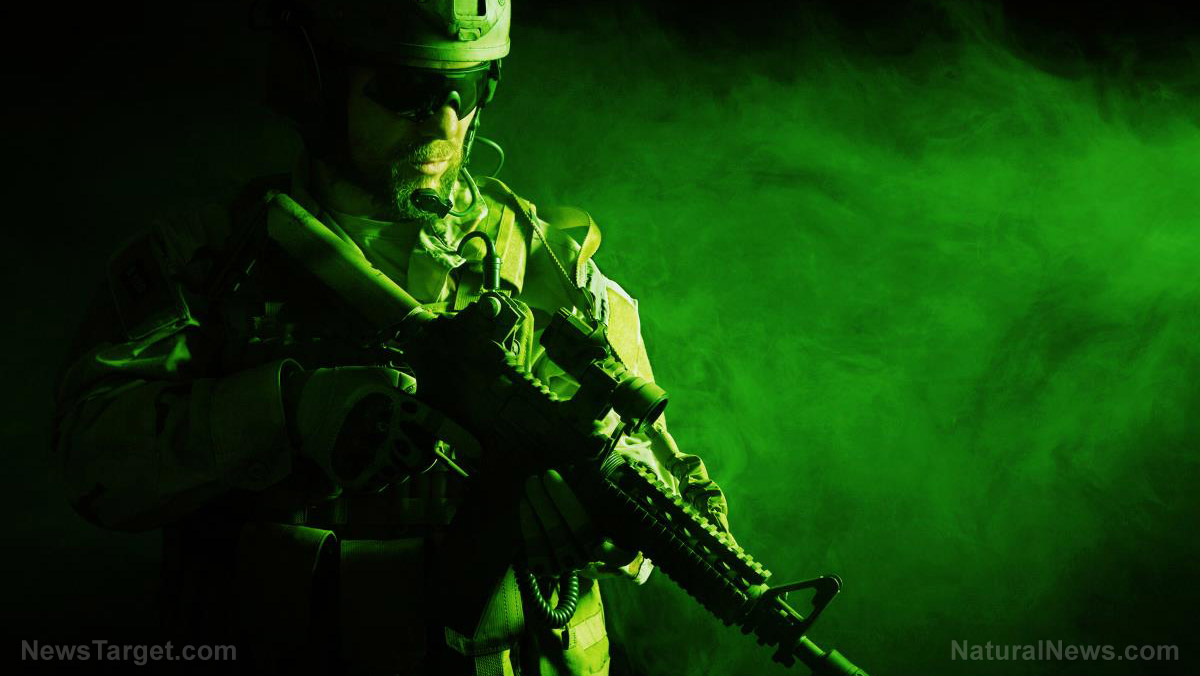 Despite its highly-advanced and powerful arsenal, the U.S. military has a non-lethal weapons research division that is always looking for new and innovative ways to subdue the state’s enemies. Now online reports have revealed that the agency expects to be able to use one interesting new weapon within the next three years: lasers that produce “startling” sounds like screams and even voices out of the seemingly thin air.

It is said that the Pentagon itself has spearheaded the research into this potential new weapon, and it works due to the use of balls of plasma that can change atoms in the air. The weapon has a name – Laser-Induced Plasma Effect (LIPE) – and is expected to produce intelligible words within the next three years, and could leave enemies both confused and terrified, said experts that are familiar with it.

According to David Law, who heads the Joint Non-Lethal Weapons Program (JNLWD) under the U.S. military, they’re about to make a breakthrough on this unique kind of weapons technology. “We’re this close to getting it to speak to us,” he explained. “I need three or four more kilohertz.”

He said that his ultimate goal is to build just a single system that has the ability to produce a number of desired effects, such as noise, light, or heat, in order to replace a wide selection of current non-lethal weapons that have been or are being tested for the exact same effects. (Related: Pentagon unveils kinetic energy weapon that Health Ranger accurately detailed two years earlier)

In a report on the website DefenseOne.com, some of the details of the LIPE were shared. The weapons is said to be composed of two separate parts. The first one is a femtosecond laser, which is capable of shooting bursts of focused light for about 10-15 seconds before stopping, meaning it can remain active for just long enough to rip the electrons from air molecules and create balls of plasma. The second is a separate nanolaser that is used to hit the plasma field, as it is tuned to an extremely narrow range of wavelengths. This is done in order to manipulate the plasma field in such a way that it ends up producing both light and noise. From there, it’s all down to a matter of tweaking the technique used in the process to get the right kind of sounds from it.

What’s even more impressive about the weapon is how it reportedly functions without harming anything in its path if used correctly. It is said that it can create noise at a specified distant point in space, instead of simply blasting it out of a speaker. And as for how far it can work with this method, it depends on a number of factors.

“Range is a function of the optics. The bigger the mirror, the farther the range,” according to Law. For reference, a five-inch mirror is said to be appropriate for creating the desired sound effects about one kilometer away. And an eight-inch meter would work even better, as it can be used for hitting targets about five kilometers away.

“They’ve created plasmas at 20 or 30 kilometers,” Law added. “This is the first non-lethal weapon that could go out tens of kilometers.”

Certainly, it sounds like quite a formidable weapon. The fact that it’s a non-lethal one only makes it more applicable to many types of situation where deadly force may not be necessary. It will be interesting to see where exactly the military uses it first once it becomes ready for use in actual combat.

Read more about the latest plans of the U.S. military in NationalSecurity.news.