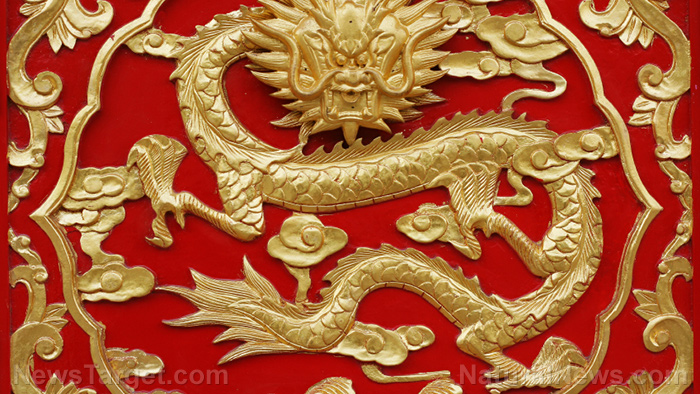 Just when you thought that the snowflake brigade couldn’t possibly spiral any lower into total madness and insanity, news about mass leftist outrage over a prom dress is now sweeping national headlines.

Apparently some liberals are upset that a high school girl from Utah decided to wear a Chinese-inspired dress to prom – even though she’s not actually Chinese herself. Liberals have coined the term “cultural appropriation” to describe this type of scenario, and they say that it’s a horrible offense akin to forcing black people to pick cotton on a southern plantation.

Young Keziah Daum chose to wear the red and gold outfit not to mock Chinese people, but simply because she thought it was pretty. Regardless, she was quickly attacked on social media upon posting pictures of herself wearing the gown, as her accusers furiously spewed out hate-filled insults and condemnation.

Daum was cursed at, verbally assaulted, and drug through the social media mud simply for wearing an outfit to the prom that wasn’t invented or designed by people of her own cultural heritage. And the irony is that, unlike the overly sensitive safe space-occupiers here in the United States who blasted Daum over the dress, actual Chinese people apparently told the media that they were honored that someone outside of their own culture would wear a dress like that.

This is the difference between liberal American crybabies and everyone else in the world, of course. Only those with nothing better to do with their lives, and who love being offended at everything, took issue with the dress. Everyone else either didn’t care or actually took it as a compliment.

Everything people do was appropriated from somewhere, and that’s NOT a bad thing

Despite being called “ignorant” and a “closet racist” by people who are more than likely both themselves, Daum has taken this barrage of assault in stride. She told Fox News that she doesn’t care what people think about her choice to wear the dress.

“There’s going to be people who aren’t always going to be pleased,” Daum stated. “And I’ve learned to accept that. I know what I’ve done and the reason why, and that’s what I tell myself.”

Political commentator Jonah Goldberg had a few things to say himself, noting in a recent piece for Townhall.com that cultural appropriation isn’t a negative thing. It’s responsible, he says, for the cultural enrichment of everyone, as cultures exchange and share their best with other cultures – all for the betterment of humanity.

“Nearly every meal you’ve ever eaten is the byproduct of centuries of cultural appropriation, to one extent or another … This column is written in English, a language that contains hundreds of thousands of words appropriated from other tongues. Just under two-thirds of our language derives from Latin or French. About a quarter is Germanic in origin. And about a sixth comes from Greek, Arabic and other languages.”

But facts like this don’t seem to matter to deranged liberals, including crazy leftist administrators at Gonzaga University who recently warned non-Hispanic students to avoid wearing sombreros on Cinco de Mayo (the fifth of May) because doing so is “offensive” to Mexicans.

Natural News also covered the story of a Michigan State University professor and her colleague who condemned white people for doing yoga, claiming that the practice is reserved exclusively for Indian people. White people who engage in yoga practice, the two claim, are expressing “white supremacy.”