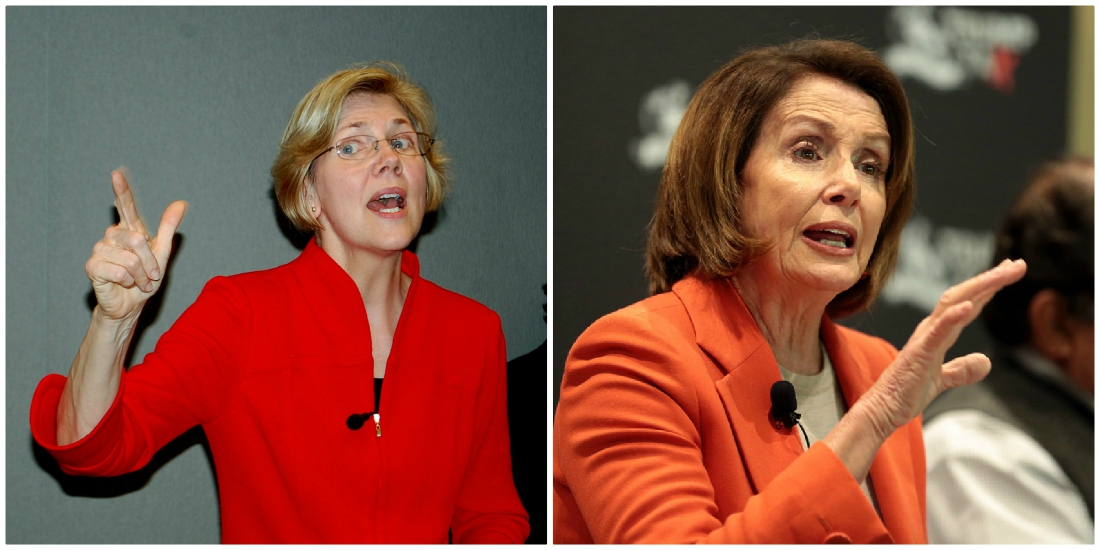 In recent days, House Minority Leader Nancy Pelosi, D-Calif., when she wasn’t sputtering or brain-freezing at the dais, told reporters with a straight face that MS-13 gang bangers who bash teenage girls to death with baseball bats and behead victims are still worthy of our love and adulation.

“Some of us who are attracted to the political arena, to government and public service” believe “we are all God’s children.” Continuing, she said, “There is a spark of divinity among every person on earth, and we all have to recognize that as we respect the dignity and worth of every person.”

Pelosi made these incredible observations in response to President Donald Trump’s description of MS-13 thugs as “animals.” We may all be God’s children, but clearly, not all of His children behave in a godly manner.

It was one recent example of a Left-wing Democrat siding, once again, with America’s enemies.

Sen. Elizabeth “Fauxcohontas” Warren of Massachusetts did a similar thing this week when she spoke swimmingly about the communist leadership of China where, if she were a legislator, she’d have zero power. Less than zero, actually.

As reported by The American Mirror, Warren would rather offer effusive praise to the authoritarian government in Beijing than to the president of the United States:

The 2020 presidential hopeful and darling of the left appeared on CBS This Morning to hawk her new book when host John Dickerson brought up North Korea and the progress President Trump’s made in pressuring the rogue nation to de-nuclearize its military.

But Warren insisted the president doesn’t have a clear strategy, and suggested Trump take cues from North Korea’s communist neighbor to the north.

“There is a North Korean official apparently coming to America. You said the president doesn’t look like he has a strategy, but it looks like his calling off the summit last week seems to have lit a fire under the North Koreans. Three hostages have been released, so maybe there is a strategy?” Dickerson asked.

“You know, look. North Korea is a bad actor, we understand that, uh and uh, the president had already promised that they could have a meeting with the President of the United States, something that both Kim Jong Un’s father and grandfather had long, long sought,” Warren stammered. (Related: Elizabeth Warren pushing for government-run health care system to “solve” the problem of government-run health care systems)

“Then it’s been back and it’s been forth. I want this to work, I want this to work to reduce the threat to South Korea, to Japan, to our allies in the region, to the United States of America, to the entire world, but it really takes a strategy and I look at the comparison with China,” she said.

Well, at least she finally got around to saying she wanted to protect America too.

But that wasn’t all she had to say.

China isn’t “playing.” Period. China, like North Korea, seeks stability. Having a volatile nuclear power in its backyard is not conducive to stability. If Trump were to make good on previous threats to take out North Korea’s nuclear infrastructure then China would have to deal with a massive exodus of North Korean refugees it doesn’t want or need.

And that’s to say nothing of winding up with a government on its border that is friendly to the U.S. and Japan.

Praising China just so that she can bash Trump puts Fauxcohontas in the position of defending a potential U.S. adversary over her own country.

Read more about the Left-wing cult that hates America at LeftCult.com.