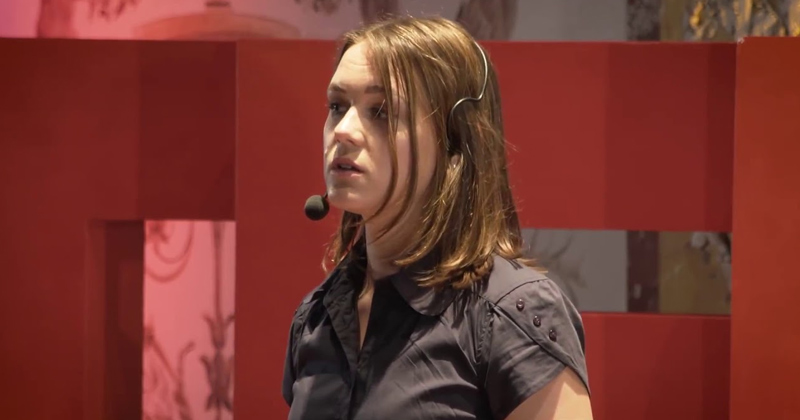 The Left continues to denigrate and destroy traditional American values and culture through the constant introduction of deviant sexuality and predatory sexual behavior.

This was well-demonstration during recent TEDx Talks independent speaking events featuring ‘guests’ who were openly promoting the normalization of pedophile behavior, Infowars reported.

To its credit, the TED organization did in fact put distance between itself and a German med student attending the University of Würzburg, who gave a lecture titled, “Why our perception of pedophilia has to change.” [Note: The link is dead; the page no longer exists — go figure.]

According to the TED site, however, the medical student — Mirjam Heine — explained that “pedophilia is not an irrelevant phenomenon we can ignore” because it occurs among 1 to 2 percent (54 million) of the main male population worldwide.

According to a description of her lecture, she follows the works of Prof. Dr. Beier, head of the Institute for Sexology and Sexual Medicine at the University Hospital Berlin and the prevention network “Kein Täter Werden” (meaning “don’t offend”).

“She also inquires how all of us can gain if we distinguish clearly between our feelings and our actions. Since pedophiles can’t change their sexual desires, they must learn to control them to not act upon them,” the description continues.

Infowars notes that Heine used the story of “Jonas, a pedophile she said she encountered who was only attracted to female children between the ages of six and 12. She then attempts to draw a distinction between those who abuse children sexually and pedophiles who don’t abuse kids.

“Let me be very clear here: Abusing children is wrong without any doubt, but a pedophile who doesn’t abuse children has done nothing wrong,” Heine said, adding that she believes because society shuns such people and isolates them, that’s what drives them to eventually act out on their child fantasies. (Related: Speaking for the unhinged Left, Peter Fonda says Trump’s children should be locked in cages with pedophiles, and ICE agents’ families should be targeted.)

“According to current research, pedophilia is an unchangeable sexual orientation just like, for example, heterosexuality. No one chooses to be a pedophile. No one can cease being one,” Heine explained. “We can make Jonas feel that he stays a valuable member of our society, although he’s a pedophile.”

Really? Because that would mean keeping him around children — wouldn’t it? And isn’t proximity to children really the trigger for these people to act on their sickness?

Isn’t this a bit like allowing gay men to become scoutmasters for Boy Scouts? Yes, it is. After all, they can’t change who they are either, right?

Heine wasn’t done trying to normalize and regularize this kind of behavior.

“We should accept that pedophiles are people who have not chosen their sexuality and who unlike most of us will never be able to live it out freely if they want to lead an upright life,” she said. “We shouldn’t increase the suffering of pedophiles by excluding them, by blaming them and mocking them. By doing that we increase their isolation and we increase the chance of child sexual abuse.”

Wow. Is that the epitome of naiveté or what?

Those people may not be able to change what they are, but that means they can’t change how they feel in terms of how they view children sexually. Sex is a powerful urge; we were ‘made’ that way so that we as a species can reproduce.

Pedophilia, like homosexuality, is an aberrancy to the human instinct to reproduce, whether some people want to hear that or not.

Putting them in situations with children where they have a powerful sexual urge they can’t always control makes no sense whatsoever.