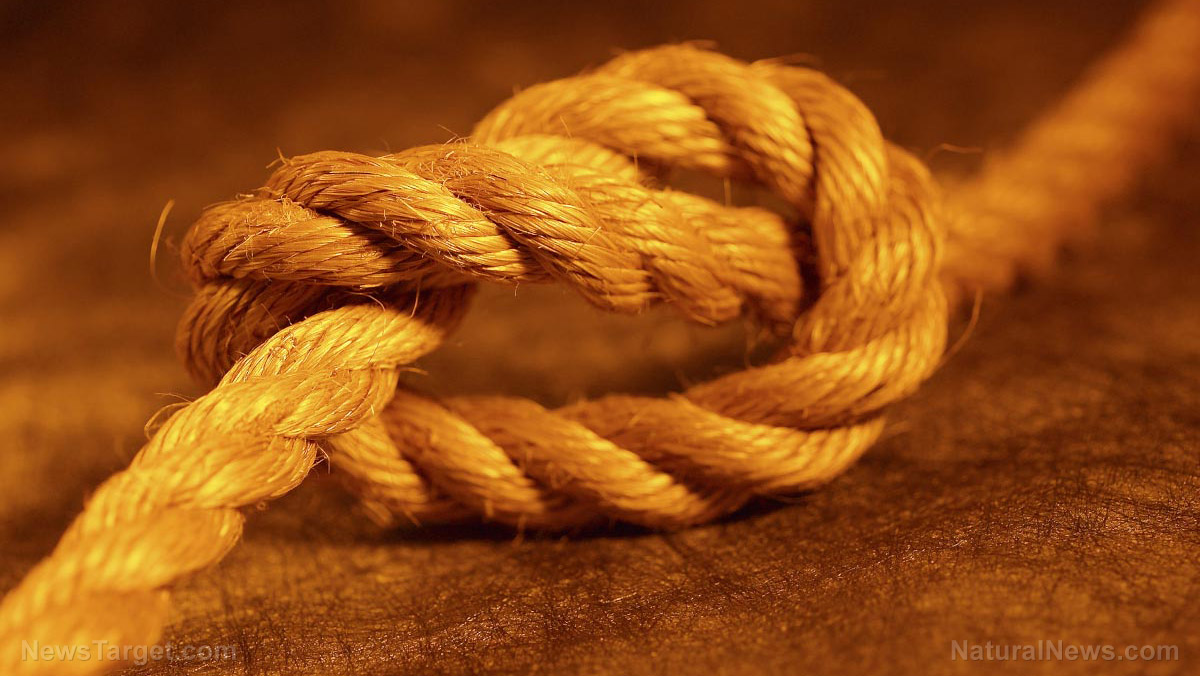 Learning how to tie knots is a big life saver. More than just the regular tie-your-shoelace-knot, there are other types of knots which can really come in handy in times of emergencies.

From knots that could help us build a shelter to storing our food, first aid and keeping ourselves from falling, this survival skill can surely save us from a lot of different life and death situations. (h/t to ThePrepperJournal.com.)

The following knots may be useful in various situations. Here are some tips on how to tie these six essential knots:

Square knots – It’s one of the most used and easiest to learn among the knots. It’s normally used to combine similar ropes together or to tie off a knot on a single rope. Square knots can also be used to hold bundles of wood together.

Clove hitch – Another quick and easy knot, the clove hitch is commonly used to secure a rope to a solid structure. Typically, people use it to tie a tarp when making shelter; however, the knot has to be done well to prevent slippage, especially on smooth structures.

Place the tie around the pole or structure and make a loop. Make another loop then pass the end of the rope under the previous loop and then tighten. Some people add in another square knot just to make sure that it’s secured enough.

Sheet bend knot – If square knots are for tying similar ropes together, the sheet bend knot is used to combine two ropes of different sizes. It’s also often used to lengthen a guy-wire by simply adding a rope at the end of it or fix broken shoelaces.

The figure 8 knot — It’s also referred to as the stopper knot by survival experts since it’s tied at the end of a rope. Its purpose is to stop the rope from passing further than you want it. Learning the figure 8 knot is important; it’s a key to learning more difficult kinds of knot. This particular knot was already tested for reliability by mountain climbers.

Take one end of the rope and pass it over itself to form a loop. Return under the leading line and into the previous loop and then fasten it.

Two half hitches — It’s considered as the all-purpose knot; it’s used in a variety of ways and it’s easy to do. Two half hitches can be used to tie ropes to any solid structure, tree or pole, and it can also be used to combine two ropes together.

To do this, wrap the end of the rope around the target structure and make a half stitch. Wrap it again in the same direction to make the second half hitch and then tighten the knot by pulling it.

The bowline knot — It’s one of the most basic and easiest knots to tie. Many survivalists prefer this knot since it’s extremely tight. People often use it to connect two lines or to attach jib sheets to clew when sailing.

Make this knot by laying the rope across your left hand with the free end hanging down, then form a small loop in your hand. Pass the free end through the eye from the underside then wrap the line around the standing line and back down through the loop. Tighten it by pulling the free end.