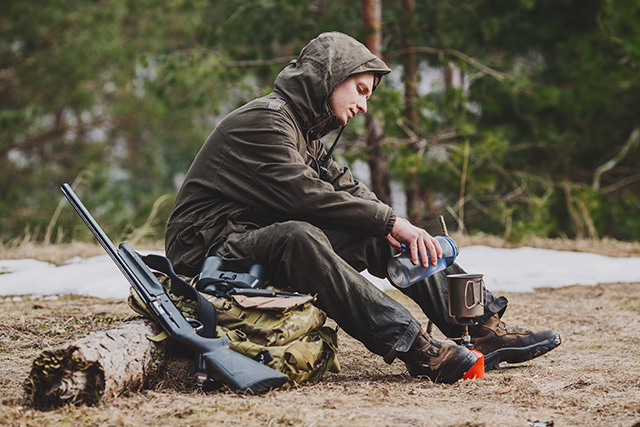 One of the last places you want to find yourself during a major societal upheaval is in a large, densely packed city. But even if your “bug-out” location is way out in the boonies, you could still run into some serious problems if you’re not truly as prepared as you think you are for countryside survival.

The following 10 scenarios, put together Survivopedia.com, represent likely situations that you definitely don’t want to find yourself in, should everything hit the fan.

A common misconception about cattle is that they can feed on anything they can forage and do just fine. But the truth is that, apart from supplementation, livestock in your care could very well die.

Many cattle today eat alfalfa, for instance, which is good for animals so long as it contains added nutritional supplements. Without them, alfalfa alone will cause cattle to suffer from stomach bloat before eventually kicking the bucket.

Lack of genetic diversity in your animals

In this same vein, it’s also critical to make sure that both your animals and plants are genetically diverse, so as to avoid a situation in which your animals become sick or die.

The same goes for plants, the seeds of which need to come from a lot of different “parents” in order to keep them genetically robust. If all of your survival seeds come from the same genetically “families,” they might become weak and no longer provide you with enough food to survive.

Too reliant upon hybrid seeds

What about hybrid seeds that bear disease resistance? This, too, is a misnomer, as their genetic offspring might not carry the same traits. Having a diversity of heirloom seeds is a much better option that will ensure you have healthy, high-yield food crops.

Your plants and animals will only be as strong as the soil they survive on, which is why you’ll want to pay close attention to soil health. Composting is a great way to infuse your growing soils with plenty of life-giving micronutrients, which you and your family will need in order to survive.

Loss of key species resulting from overhunting and overfishing

When there’s no longer any food in the grocery store, hunting and fishing will quickly become the standard go-to for obtaining food. But if too many people are doing it, key species could quickly disappear, which is why it’s important to get a proper lay of the land to ascertain hunting and fishing capacity in your area.

As you proceed to take advantage of land resources for survival, the landscape is sure to change rather quickly. Be careful not to take and use too much to the point that there’s nothing left.

Think about where waste will go

Since running water and sewage are likely to no longer exist, consider where you’ll dispose of waste. Having a healthy supply of sludge-destroying organisms, as well as areas designated specifically for waste, will ensure that you don’t pollute land that you need for survival.

Don’t expect to be able to pop into your nearest pharmacy for medical supplies during a worst-case scenario. Build up your immunity now and stock up on things you think you’ll need for any possible situation that might arise.

All the tractors and farming equipment in the world won’t come in all that useful if you don’t have fuel to power them. Learning how to use animals for plowing like they did in the old days will go a long way in ensuring that you don’t find yourself up a creek without a paddle.

Lack of navigation and preps

If you already live in a rural area and think you’re good just because of your location, you’re making a huge mistake. Have a viable bug-out plan for where you’ll go, how you’ll get there, and how you’ll do other things like communicate and get around.

For a more detailed assessment of these and other survival tips, check out Survival.news.