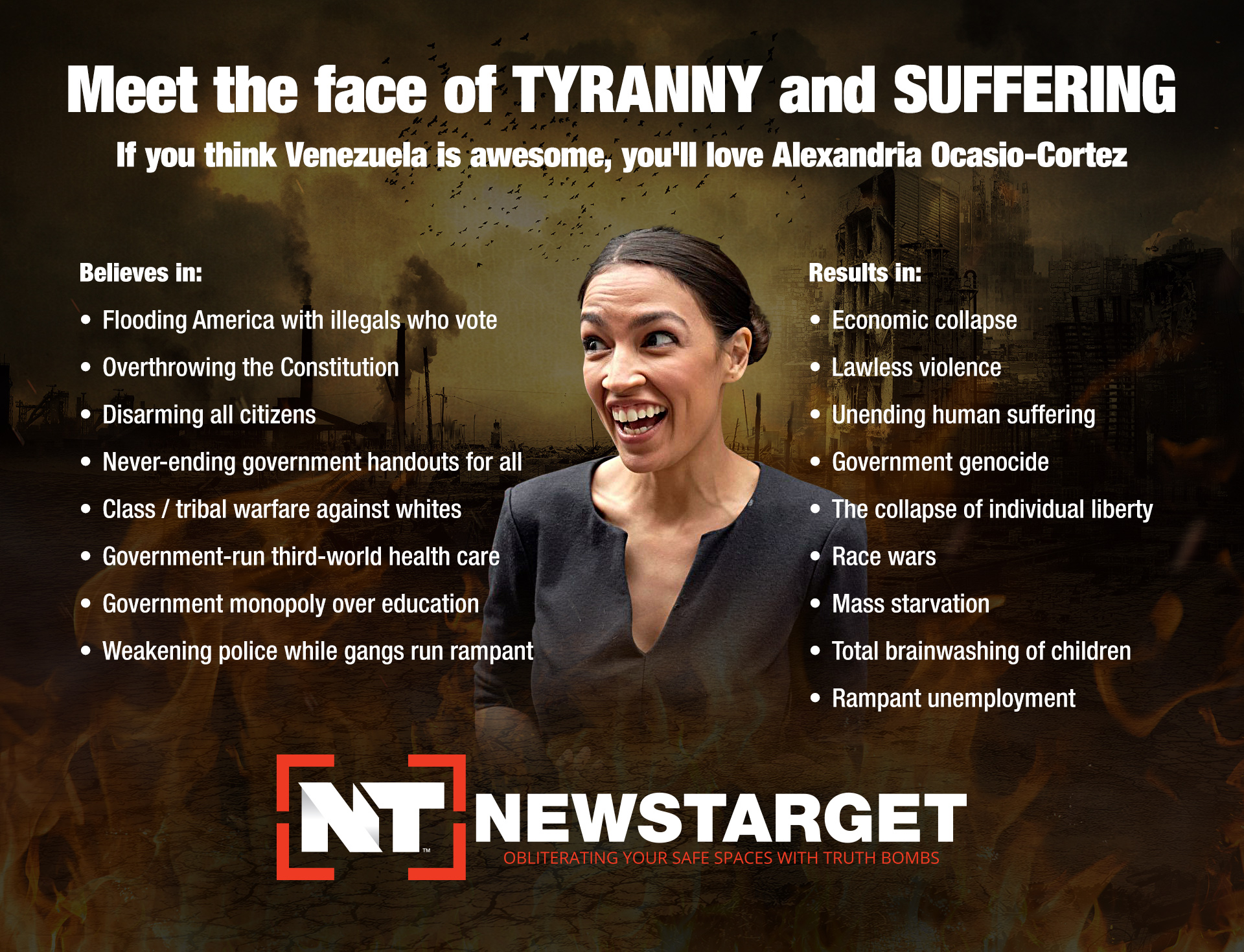 Whether it was a calculated decision by voters to send ‘someone new’ to Washington or because her district in New York is truly lost to the disease of socialism, Alexandria Ocasio Cortez is destined to become a member of the U.S. Congress come Nov. 6.

The democratic socialist may be a lot of things to a lot of people, but one thing she won’t be is an asset to our country.

That’s not an insult, it’s a serious political observation because the more we get to know her and see her in action, the less she looks like someone who will protect, defend, and advance the causes of our constitutional republic.

First, her demeanor. She’s young, so maybe a lot of people give her a pass for ‘acting’ that way – but should they? She’s going to become a member of Congress; shouldn’t she at least be able to communicate clearly and concisely her ideas so that she has a better chance of convincing people to agree with her?

You’d think that. And yet, at times, Cortez sounds like a babbling idiot who’s strung out on California Dreamin’ or something.

As noted by Grabien News, during a recent appearance on the late-night show of another political genius, Jimmy Kimmel (enter sarcasm here), Cortez sounded more like a clueless hipster than a national leader:

During an appearance on Jimmy Kimmel Live Wednesday night, those things were “like,” “yeah,” and also, “um, for sure.”

Ocasio-Cortez is from New York, but sounded like a character from “Clueless.” Throughout the interview, she repeatedly used Valley girl filler words such as “like” and “yeah, yeah.”

During her appearance she recounted a story about a couple she met at a Cracker Barrel restaurant who said they supported her plan to make healthcare a “right.” Cortez said about the wife, “She was like, yeah, no, my husband is a, is a, is a huge fan of yours. So, I said, okay. We’re chatting. We’re in the Cracker Barrel, so there’s this motion-activated thing behind me that’s like, singing ‘Jingle Bells’ and Christmas songs.”

She was then asked about meeting voters and how it’s different now that she’s known nationally. She responded, “Oh, yeah. Sometimes people lose their – like, wait, you’re knocking on my door? Like, back in the day when you would knock on the door and carry a big check to someone’s door.”

Like, wow. (Related: Left-wing socialist Ocasio-Cortez goes “full WTF” trying to explain how government will fund socialized medicine for all.)

How does an economist become a socialist?

It’s a safe bet that Cortez isn’t going to head up the State Department anytime soon or, at least, let’s hope not.

Speaking of healthcare being a “right,” Cortez recently tried to explain how she would pay for what amounts to ‘free’ care for all (straight-up socialized medicine). She couldn’t do it.

She also couldn’t explain how to pay for free college for all, federal student debt repayment, a federal jobs guarantee, free housing, and other free, free, free– more than $40 trillion worth of “free” over just a single decade– though admittedly, CNN’s Jake Tapper gave her plenty of opportunities to do so.

Did you catch all of that? Lots of pabulum, lots of dodging, lots of “you know,” “you know” – sprinkled in with the same old tired Democrat/socialist mantra of “taxing the rich” and “taxing the corporations” (both of which would destroy jobs by the tens of millions and thereby reduce the amount of money flowing to the federal government to pay for all of these freebies).

And let’s never forget that this new Democrat sensation is a graduate of Boston University with a degree in – wait for it – economics.

How is it possible to get a degree in economics and be a socialist, given that pure socialism, wherever it’s tried, has failed miserably (Venezuela being the latest basket case)?

A year ago, Ocasio-Cortez was a waitress.

Get ready, New Yorkers. You’re about to see the biggest political flameout of your lives.

Read more about this goofy socialist’s libtard ideas at Libtard.news.