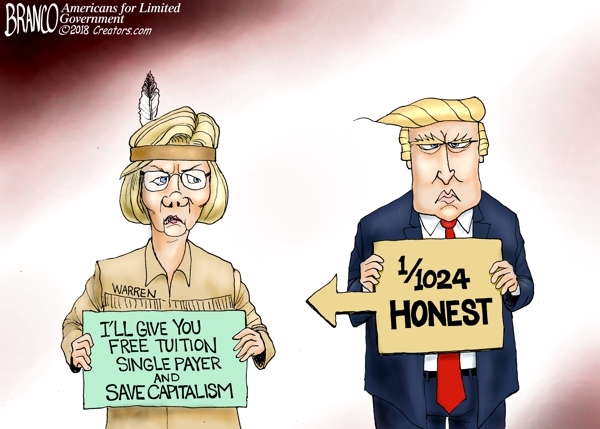 It’s not really an official ad for the Democrat Party, but it could be one for Republicans running for office during the midterm election cycle.

The new comedic ‘ad’ produced by CRTV features a blonde female “spokesperson for the Democratic Party” explaining all of the reasons why Americans should “vote blue” next month.

The spot begins with the spokeswoman explaining that Democrats are the party of “love and tolerance,” as well as “inclusion and acceptance, peace and goodwill,” as video plays in the upper left corner featuring Leftist mobs banging on the door of the Supreme Court, grabbing and tearing up signs held at rallies by political opponents, and a Canadian pro-abortion activist kicking a pro-life woman in the face.

“Republicans don’t care about any of these things. They just want to talk about record unemployment, the economy, and keeping communities safe,” the woman says before pausing and looking into the camera, saying, “Fascists.”

Next, the ‘ad’ goes onto claim that Democrats have much better policy “priorities” for our country, including the abolishment of the Electoral College, the elimination of due process (as demonstrated during the Justice Brett Kavanaugh hearings), and banning speech.

“These are the values of the American people,” the woman says, adding: “Well, at least Americans that live in San Francisco and New York.”

She then says that Republicans like to use “fear-mongering rhetoric” like the words “Constitution or liberty,” which Democrats label as “divisive.”

The party of the donkey prefers to focus on topics that unify Americans instead – like “repealing the Second Amendment or kneeling for the National Anthem,” a reference to the ‘hate America’ protests begun by former NFL quarterback Colin Kaepernick.

As for “equality,” the faux spokeswoman says Democrats are leaders in that cultural sphere because they automatically believe women instead of men because, “well, feminism.”

Smiling, she adds, “If you ask us to explain this logically we will scream in your face and call you a misogynist.”

The spokeswoman then turns to the issue of abortion, claiming (correctly) that Democrats are so pro-woman the party supports “decapitating” an unborn child in the womb that is then “torn apart limb by limb with forceps.”

“Democrats celebrate the right to murder your child because we’re compassionate,” she says.

It just gets funnier

In terms of women in general, the ‘ad’ says that Democrats believe women are “powerful and independent” and “are also victims of the patriarchy who require government intervention to succeed.”

And “anyone woman” who refutes that is just “a self-hating stupid bimbo,” she continues.

Noting that it was “finally time” someone called Republicans “racists,” the woman says that Democrats have the same “positive message” for immigrants as they do for women: “You’re a victim and you’re useful to us.”

As an image of pro-POTUS Trump rapper Kanye West wearing a red #MAGA hat appears, the woman says that anyone who disagrees will have their intelligence insulted “for your own good.”

The ad then addresses illegal immigration, noting that mean Republicans only want “certain people” coming into the country, as well as an end overall to illegal immigration while beefing up the border to guard against unauthorized entry and the importation of deadly drugs.

Democrats, meanwhile, view those things as the “natural consequences” of having “open borders” because, “of course,” that’s “the more loving thing to do.” (Related: Another day, another LIE: NY Times FALSELY claims Democrats don’t want OPEN borders.)

The woman then goes on to claim that Democrats are the party of common, working-class Americans and “the poor” and “marginalized,” while the video begins to flash images of super-wealthy Left-wing American entrepreneurs like Mark Zuckerberg and entertainers like Stephen Colbert and Barbara Streisand.

It’s a hilarious jab at the Democrat Party and what the Left really thinks about Republicans – well worth the few minutes it’ll take to watch it.

Read about lunacy involving the Democrat Party at DNC.news.