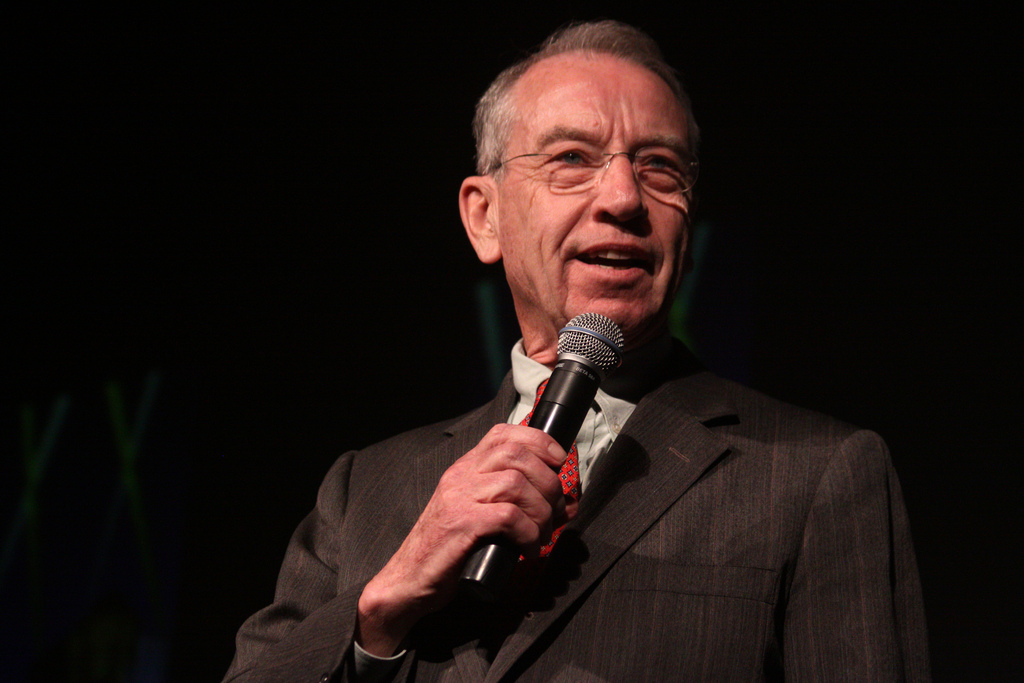 There was a lot happening over the past week that got little media attention not only because of the 2018 midterms but because the news bode well for POTUS Donald Trump and the integrity of his latest Supreme Court pick.

For example, the Senate Judiciary Committee’s chairman, Charles Grassley, R-Iowa, released his panel’s final report on its investigation into all allegations of sexual abuse/misconduct that were leveled against Justice Brett Kavanaugh by multiple women.

“After an extensive investigation that included the thorough review of all potentially credible evidence submitted and interviews of more than 40 individuals with information relating to the allegations, including classmates and friends of all those involved, Committee investigators found no witness who could provide any verifiable evidence to support any of the allegations brought against Justice Kavanaugh,” the committee concludes in the report.

“In other words, following the separate and extensive investigations by both the Committee and the FBI, there was no evidence to substantiate any of the claims of sexual assault made against Justice Kavanaugh,” the report continued.

Now, before you claim this is nothing but a Republican whitewash and that the findings are political, you should know that the report also comes with 386 pages of exhibits to corroborate its conclusions.

As noted by The Daily Wire,  the committee’s report also contains summaries of key evidence and witness interviews, including claims made by Kavanaugh’s first accuser, Christine Blasey Ford. The committee not only explained what potential witnesses told investigators under oath, but the report also challenges a number of Ford’s claims such as her alleged fear of flying and small spaces, in addition to her statement that she hadn’t had prior experience taking or prepping for a polygraph exam.

In addition to Ford, Kavanaugh and the three witnesses Ford named — who either denied any knowledge of the alleged incident or directly refuted her claims — the committee spoke with 14 former classmates of Ford and Kavanaugh. “None of them had any knowledge of the conduct alleged against Justice Kavanaugh by Dr. Ford or of the gathering at which she claimed to have been assaulted,” the committee states.

The committee’s report also said that a “large portion of individuals providing testimony in support of Justice Kavanaugh asked that their names be redacted out of fear that their statements might result in personal or professional retribution or personal physical harm — or even risk the safety and well-being of their families and friends.”

Those requests were respected.

Also, as reported by The National Sentinel, Grassley has made criminal referrals of a number of Kavanaugh accusers to the Justice Department for further investigation and potential prosecution for allegedly lying to Congress.

In a letter to Attorney General Jeff Sessions and FBI Director Christopher Wray last week, the Iowa Republican noted that the committee contacted several people claiming to have relevant information pertaining to the process of investigating sexual allegations leveled against Kavanaugh during his recent confirmation hearings.

“While many of those individuals have provided the Committee information in good faith, it unfortunately appears some have not,” Grassley wrote.

It’s not clear yet whether Attorney General Jeff Sessions will act on any of Grassley’s referrals. But at a time when the House has flipped back to Democrat control, it’s going to be more important than ever to rebuild credibility in our institutions. Letting false accusations and lying to Congress stand is not going to help.