Uncensored and Independent Media News
Home
Health Freedom
Second Amendment
Prepping
Survival
Censorship
Subscribe
SHOP
Popular Articles
Where should you be if you want to be least exposed to the dangers of an EMP attack?
11/30/2018 / By RJ Jhonson / Comments
Bypass censorship by sharing this link: 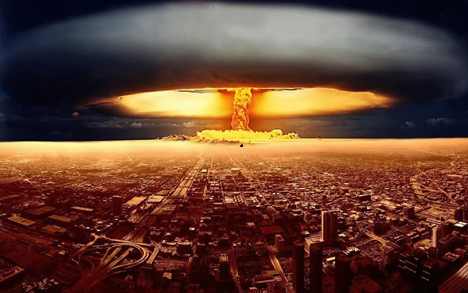 A lot has been said about the threat of an EMP attack, but are you sure you’re prepared enough for it? After all, considering the damage it can bring upon civilization as you know it, it’s not the type of calamity you’d want to be caught in at the wrong place and time.

There was a time when the possibility of an EMP attack was close to negligible. Yes, the technology has been around for decades, but the only other countries who had it were either allies of the U.S. or hesitant to use it. Unfortunately, times have changed much.

Today, unfriendly countries like Iran and Pakistan have the technology, too, or are just a few steps from completing their own weapons. There are even speculations that North Korea has succeeded in installing weapons in space, where they can be readily used against the country’s enemies. Naturally, any of the current superpowers, such as China, Israel, Britain, and France, have their weapons, too, and can pepper the U.S. sky with missiles given the right motivation.

Where does that leave you then? During the 70s and 80s, the threat of an EMP attack led survivalists – as preppers were called back in the day – to move out of major cities, which were likely targets of nuclear and EMP attacks. During the Cold War, being at least 10 miles away could save you from the explosion. If you were prepared enough, you could even survive despite the fallout.

The same rules no longer apply. Even a single weapon detonated about 250 miles above Kansas can have far-reaching effects covering the entire continental U.S.A. Countries like Russia can have thousands of warheads in their arsenal, able to create pulses enough to decimate all unprotected electronics in the country.

Because of these, nowhere in the U.S. is there a secure area where you can be spared from an EMP attack and its effects. The least you can do is to make sure your electronic devices are disconnected and stored safely in a sealed Faraday cage. (Related: EMP attack on U.S. power grid could kill 90% of Americans, experts testify on Capitol Hill.)

This is not to say your location won’t matter. In the aftermath of an EMP attack, it’s not just the fallout you need to be prepared for. You also need to be ready for the ensuing chaos. Both infrastructure and society will break down. Utilities will cease, diseases will spread, and because production will most likely cease, food and other supplies will become scarce.

The worst place to be in during and after an attack would be major cities, where populations are high and people are dependent on technology. When society collapses, there will be fierce competition over basic resources. Unfortunately, hunger and desperation can drive people to do terrible things.

In rural areas, you will definitely experience the effects of an EMP attack, but the impact won’t be as bad. Even when you do lose some of your electronics, you would still be able to function fairly normally. You probably know how to grow your own food or treat your own water to make it potable. People in rural areas tend to be self-reliant, so the loss of basic resources is less likely to cause a dangerous mob.

In any case, whether you live in an urban or rural area, be sure to stay at least 10 miles away from a nuclear plant. An EMP attack can disable their cooling systems, leaving the reactors to burn and explode. The fallout will probably cover the country, but you’ll be out of serious trouble as long as you are a safe distance away from the reactors.

Learn what you need to do in an EMP attack at EMP.news.