Uncensored and Independent Media News
Home
Health Freedom
Second Amendment
Prepping
Survival
Censorship
Subscribe
SHOP
Popular Articles
Should you bug out in the city or the country if SHTF?
12/05/2018 / By RJ Jhonson / Comments
Bypass censorship by sharing this link: 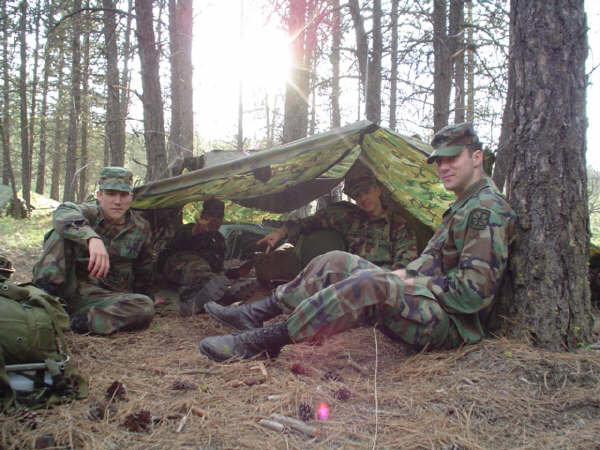 Where do you go when SHTF? Supposing you find yourself in the middle of a total collapse, settling down in one area just might be your best shot at surviving the challenges ahead. But should you live in the city or should you go to the country?

A lot of people think bugging out is the way to go in a time of a total collapse, but it may not be a wise choice. Moving and being on the road, even with a vehicle, is dangerous and must only be done as a last resort. Finding shelter and a place to settle down in need to be one of your biggest priorities. In fact, many prepping experts recommend staying home when possible.

But on the off-chance that your home gets destroyed in the disaster, where should you move to? Some people say being in the city is better, while others say going to the wilderness is more conducive to survival. Considering that the answer to this question is a matter of life and death, you will need to find the pros and cons of each option and weigh them carefully.

Staying in the city or the wilderness

Many preppers will tell you to avoid urban areas during and after SHTF events. In reality, cities offer a number of advantages that make them ideal destinations even after a total collapse. For instance, cities have a lot of people.

In a crisis, it becomes even more apparent that humans simply cannot live alone. This is why communities are formed in the first place – people with different strengths and abilities band together to cover each other’s limitations. Urban areas, in having more people, are conducive to the formation of new communities with people possessing important specialized skills, such as medical and mechanical know-how.

The concrete structures commonly found in cities also make good ready-to-use shelters. They are sturdy and stable enough to protect you from the elements. The complexity of the environment also makes for an effective hiding place from tyrannical government forces and other potential threats.

However, the greatest advantage of cities may also be its greatest weakness. Sure, they have a lot of people, but not all of these individuals will cooperate with you or share your goals of survival. Some of them will be crooks out to get the most for themselves at the expense of order and the safety of other people. Also, there is a good chance you’ll be a stranger in the area with no one you can trust.

Cities also have notoriously little resources. Even outside of SHTF situations, most urban areas have to depend on products from outside regions to feed their people. Raising your own food may also be impossible, considering that doing so requires, time, space, resources, and security, all of which you’ll have a hard time finding. In the end, you’ll have to compete with many over very limited resources.

Finally, the absence of any support group or system will leave cities unable to deal with their sewage and trash. What food and water exist may be contaminated and disease will inevitably be rampant.

The North American territories are huge and are plentiful in terms of food and water which, in the wilderness, is likely to be clean enough for drinking. As long as you have adequate survival skills, you’ll have a much greater chance of surviving than others, most of whom will probably go back to brave the risks in cities after finding out how harsh the wild can be to people who lack skill. What this means is that the wilderness won’t have a lot of people. As mentioned above, fewer people means less likelihood of crime.

But as in the case of cities, the advantages of the wilderness could also work to your disadvantage. The environment can be harsh even for some preppers. Because you’re practically alone, you can’t depend on others for vital tasks and responsibilities. You’ll have to depend on yourself for your food, shelter, security, and medicine.

The need to build everything from scratch cannot be overestimated. Considering the absence of many of the things that make modern living comfortable and of people who can help you build a community, life in the wilderness could be comparable to life 150 to 200 years ago. (Related: 7 “extra” items for your bugout bag that would be nice to have in any emergency.)

The best way to survive would be to arrive at a compromise between the city and the wilderness. Both options have strengths that, when used and properly, could cover any weakness. For instance, instead of going to cities, you can instead go to smaller towns. These areas won’t have as many people but will have enough to form a community with. There is also a good chance some of the populace possess specialized skills.

Towns also tend to be more self-sufficient that cities in terms of available resources. Most of them have sturdy structures that can be used for shelter, too. If you play your cards right, it would be possible to organize a fully functioning and self-sufficient society equipped with measures for human survival, security, and convenience.

Learn what you need to do when SHTF at Survival.news.