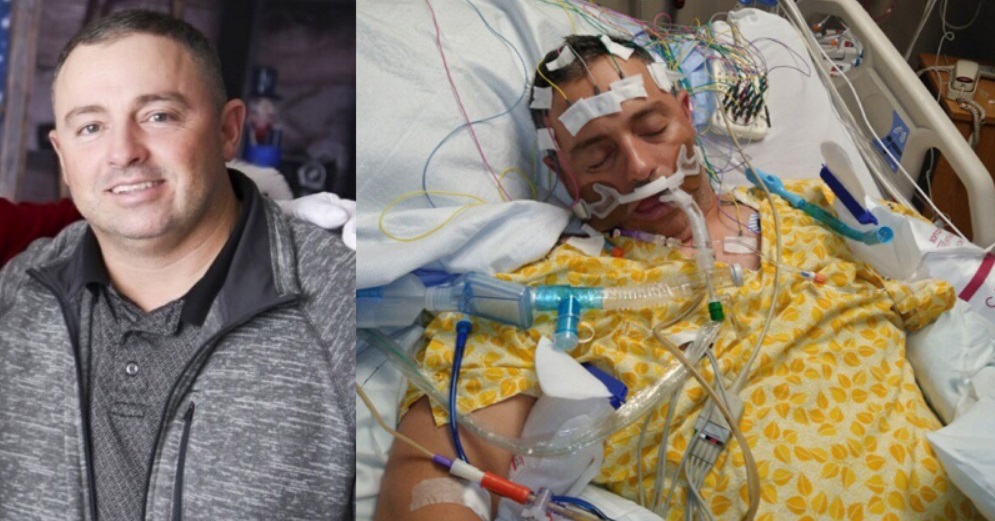 This true story of a flu shot landing a man in the hospital is going viral via InfoWars.com:

A Las Vegas man lost his vision, became partially paralyzed and has been unable to breathe without assistance since getting a flu shot last month.

Shane Morgan and his wife Monique decided to get flu shots on November 2, believing it would help protect them and young family members ahead of the busy holiday season.

But what they thought was a pro-active measure turned to horror when Shane began losing feeling in his arms and legs.

“About 36-hours after he got the flu shot he started to get sick,” Monique explained to KSNV.

“I never dreamed that any of this could ever happen,” Shane told local media.

A Las Vegas Man lost his ability to walk, speak & see days after getting the #FluShot Doctors diagnosed him w/ Guillain-Barre syndrome a.k.a GBS. His family says the Flu shot triggered it & the CDC confirms a link, calling it extremely rare. Tune into @News3LV @ 6 for more. pic.twitter.com/TUNTBB1JJe

Doctors at Centennial Hills Hospital diagnosed Shane with Guillain-Barré Syndrome, a known vaccine adverse reaction characterized by the CDC as an “autoimmune disorder in which a person’s own immune system damages the nerves, causing muscle weakness and sometimes paralysis.”

Monique blames the flu shot for triggering the adverse reaction, which has left Shane in need of a ventilator and a feeding tube.

“It’s the last time anyone in my family will ever get one,” she said, adding Shane would rather have the flu “ten to one” than suffer the debilitating disorder.

Guillain-Barré Syndrome, or GBS, has also been reported in patients who received the whooping cough (pertussis) vaccine, Gardasil (HPV), and M-M-R II injections, to name a few.

A GoFundMe page has been created seeking donations to help the Morgan family.

See VaccineDamage.news for more true stories of the extreme damage caused by vaccines.