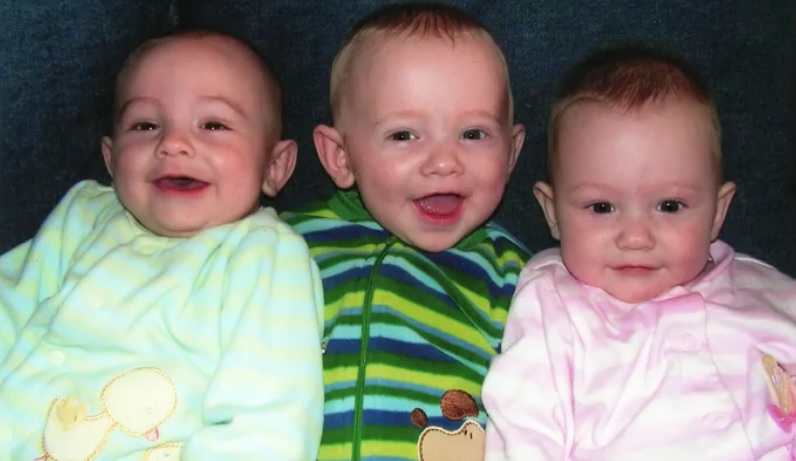 A VAXXED video that has been banned almost everywhere is going viral on Brighteon.com, the Youtube alternative video community for free speech on vaccines, GMOs, natural medicine and more.

As the video shows below, healthy triplets all became autistic within hours of vaccination, once again demonstrating that vaccines cause autism. The parents, the McDowell family in Detroit, Michigan, have spoken out publicly against the horrific medical violence being committed against children every day across America through toxic vaccines. (See AutismTruthNews.com for more reporting on vaccines and autism.)

The names of their three children, pictured above, are Richie, Robbie and Claire. All three children were vaccinated on the same day, and within hours, they all become severely autistic.

In their own words:

On June 25th, 2007, we brought them in for the [vaccine] shot… we went in at 10 am. All three. My daughter still has the mark on her leg from the shot… we did the boys as well. By noon, Claire shut completely off. It was as if she was blind, and deaf, and complete failure to thrive, from super super happy, smiley girl to… she had full blown eye contact, and she shut right down. All she did was stare at the ceiling.

At 2:00 we watched Richie shut off. All his mama, dadda, and the furniture walking and everything just shut of. All the giggles, all the smiles, again failure to thrive. They lost all their reflexes… they stopped blinking, yawning, coughing, sneezing, they lost their startle reflex… that was 2:00.

The worst was when we saw the final one shut down. We lost Robbie, he looked like he was hit by a bus. He had a stunned look on his face… he acted deaf, he lost his happiness. They were no longer engaged in anything or anyone. They lost their smiles. They never held hands again, never looked at each other again. (Crying)

Vaccine injury is real. We were told is was genetic, then we were told there was no way three children were shut off on the same day… it was statistically impossible. We were told we could not sue anyone. No vaccine manufacturers could be sued. We found out [later] there was a vaccine injury court. They then told us we were too late, [we] only had three years to apply.

See the full video on the only video community site that dares to publish vaccine truth videos without censorship, Brighteon.com:

See more true stories from parents whose children have been crippled by vaccines at the VAXXED channel on Brighteon.com.

Share the link. Spread the word. Vaccines cause autism. The vaccine industry hires internet trolls to attack anyone who dares to tell the truth, even while vaccine pushers are medical monsters who are committed heinous crimes against children on a daily basis.

The vaccine industry is a criminal operation. Millions of children are harmed each year by vaccines, and the science quacks and vaccine propagandists keep claiming no child has ever been harmed by a single vaccine, even as more and more parents are stepping forward with their horrifying, true stories of their children being maimed by vaccine shots.