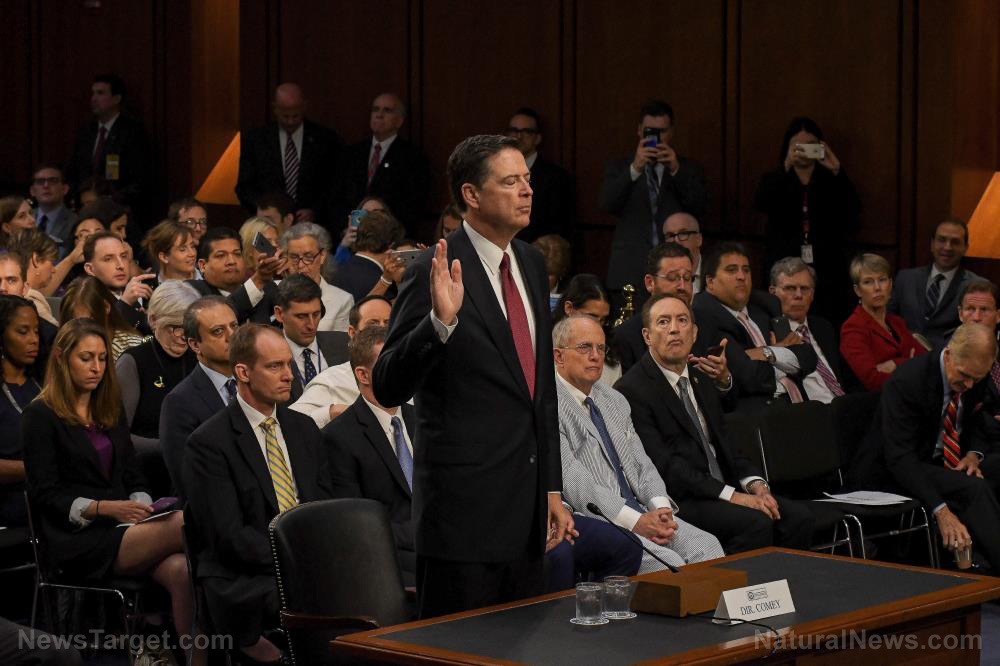 Two years after the end of the most corrupt presidential administration in modern history, Americans continue to learn just how corrupt and dysfunctional many of our governing institutions became during the reign of Barack Obama.

That is especially true about the FBI — and no, there is no need to include the customary disclaimer here that ‘all agents aren’t corrupt.’

Everybody knows that, but it doesn’t take away from the fact that the Joes and Janes who are actually running the bureau aren’t neck deep in the D.C. Deep State.

We know, for instance, that former FBI Director James Comey was corrupt after he excused Hillary Clinton’s serial violations of national security statutes via her gross mishandling of classified emails.

We know that FBI Deputy Director Rod Rosenstein is corrupt because he appointed Robert Mueller special counsel on the basis of a phony “Trump campaign-Russian collusion” narrative.

And now, according to Terry Turchie, a former deputy assistant director at the bureau, we can likely expect more corruption down the road thanks to a changing electorate that is becoming more comfortable with corrupt and morally bankrupt political ideologies. (Related: Shocking documents reveal FBI was collecting data on internet activist without a warrant.)

In comments to Fox News’ Tucker Carlson this week regarding the never-ending Russia investigation (compliments of Rosenstein and Mueller), Turchie said this regarding what has become of his former employer:

And I think we can expect more of this, because quite honestly the electorate in some places is putting more and more progressives and self-described socialists in positions. And ironically, years ago, when I first got into the FBI, one of the missions of the FBI in its counterintelligence efforts was to try and keep these people out of government. Why? Because we would end up with massive dysfunction and massive disinformation and massive misinformation, and it seems to me that’s where we’re at today.

What changed from Hoover’s FBI to Obama’s FBI?

What makes Turchie’s comment about when he first joined the bureau — in July 1972, according to his LinkedIn profile — is that what the FBI has done in the age of Trump differs little from what it was doing in the age of J. Edgar Hoover and the Kennedy, LBJ, and Nixon administrations.

In those days, the FBI was active in undermining perceived socialists and communists of the time, including civil rights icon Martin Luther King, Jr., as noted by Caitlin Johnstone writing at Medium.

The history books tell us that Hoover was essentially an enemy of King, having kept extensive files on him and even denouncing the civil rights activist in November 1964 as “the most notorious liar in the country.”

In fact, a few days after Hoover made that claim, one of his top deputies, William Sullivan, penned a letter to the civil rights leader posing as a disillusioned follower to urge King to commit suicide before evidence of his extramarital affairs became public knowledge.

“There is only one thing left for you to do,” Sullivan warned vaguely in the final paragraph of the typed letter. “You know what it is.”

He would be assassinated nearly four years later, on April 4, 1968, at a hotel in Memphis, Tenn., in an act that some believe involved Hoover’s FBI.

Caitlin noted further that in addition to hating on King, Hoover’s FBI devised an unconstitutional operation known as COINTELPRO which sought to infiltrate and sabotage dissident political and activist groups. In fact, she blames the FBI for assassinating Fred Hampton, a leader of the Black Panther Party, in Chicago in 1969.

“How can anyone justify the FBI’s continued existence after such an admission?” Johnstone wrote regarding Turchie’s comment. “Even if you very trustingly subscribe to the belief that the FBI no longer engages in any such practices to any extent (and that would be extremely naive), how can you justify keeping it in power knowing that it did?”

Read more about the FBI’s corruption at FBICorruption.news.