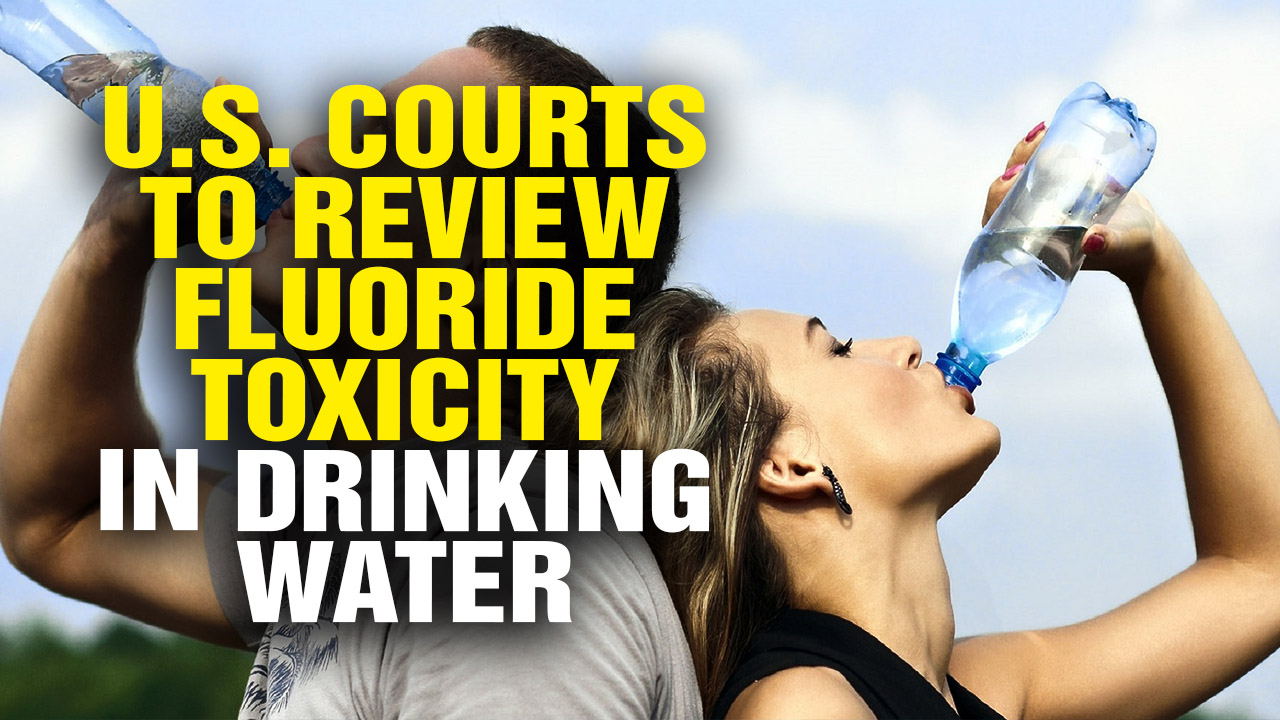 The U.S. Food and Drug Administration (FDA) is now cracking down on fluoride levels and has set a new legal limit for the neurotoxin in bottled water. The previous standard allowed manufacturers to add .8 to 1.7 milligrams of fluoride per liter. The FDA’s new regulation will cap fluoride levels at .7 milligrams per liter. While the new regulation is a step in the right direction for protecting human health, it does not erase the fact that the FDA endorses the deliberate poisoning of bottled water in the first place.

This regulation does not apply to naturally-occurring fluoride in water sources. The FDA’s new regulation addresses imported and domestically packaged water that is intentionally spiked with fluoride. If fluoride consumption adversely affects childhood growth and intelligence, as documented by Harvard, then why does the FDA approve the addition of fluoride to the water that children and pregnant women drink? Instead of endorsing such an unhealthy practice, the FDA should try and stop companies from selling water with added fluoride and pull all these products from store shelves.

Many scientists and environmental organizations agree that the FDA’s new legal limit for added fluoride is still too high for safe consumption. Christopher Neurath, the research director for the American Environmental Health Studies Project, conducted a study that showed the dark side of fluoride. When children consume too much fluoride while their teeth are developing, white patches may appear on their teeth. This condition is called dental fluorosis. Neurath’s new study found significant signs of dental fluorosis in 65 percent of the adolescents studied in the past decade. Nearly half of these cases showed “moderate to severe dental fluorosis.” According to Neurath’s studies, the FDA’s fluoride reduction efforts will do very little in combating dental fluorosis caused by intentional fluoridization of water supplies.

The FDA contends that the new legal limit helps “balances fluoride’s benefits in preventing tooth decay with its risk of causing dental fluorosis.” For decades, critics of water fluoridization were derided as conspiracy theorists or deniers of science, and now the FDA must listen to them and the mountain of science showing the harms of water fluoridization. Would the government really want to deliberately poison the population? Why would the American Dental Association and the American Academy of Pediatrics continue to recommend exposure to a known neurotoxin?

Neurath says that the issues with fluoride aren’t only dental fluorosis. “Currently, there are rapidly increasing scientific studies showing neurotoxicity to fluoride,” he says. The biggest issue is prenatal exposure to fluoride. The element has been linked to lower IQ, developmental problems, and attention and hyperactivity disorders in children.

Morteza Bashash, an assistant professor in the Dalla Lana School of Public Health at the University of Toronto found that children’s test scores dropped off consistently “for every 0.5 milligram-per-liter increase in fluoride exposure beyond 0.8 milligrams per liter detected in a pregnant mother’s urine.”

A 2007 study published in Environ Health Perspective  studied the effects of fluoride and arsenic exposure on schoolchildren and concluded that “children’s intelligence and growth can be affected by high concentrations of As (arsenic) or fluoride.”

Why does the FDA endorse the deliberate poisoning of water supplies?

Fluoride is invisible and odorless and is measured in most municipal water supplies because it is intentionally added to most water supplies to provide the population with an alleged dental benefit. Adding known neurotoxins to the water supply to achieve a perceived benefit takes away informed consent for everyone, violating medical ethics, namely the Nuremberg Code. With mountains of evidence showing fluoride’s potential to cause dental fluorosis and brain damage, shouldn’t consumers and citizens at least get a choice whether they are poisoned or not? Why hasn’t the FDA banned the intentional addition of fluoride byproducts to bottled water and municipal water supplies? Why doesn’t the FDA prosecute companies that poison water supplies, instead of endorsing the practice?