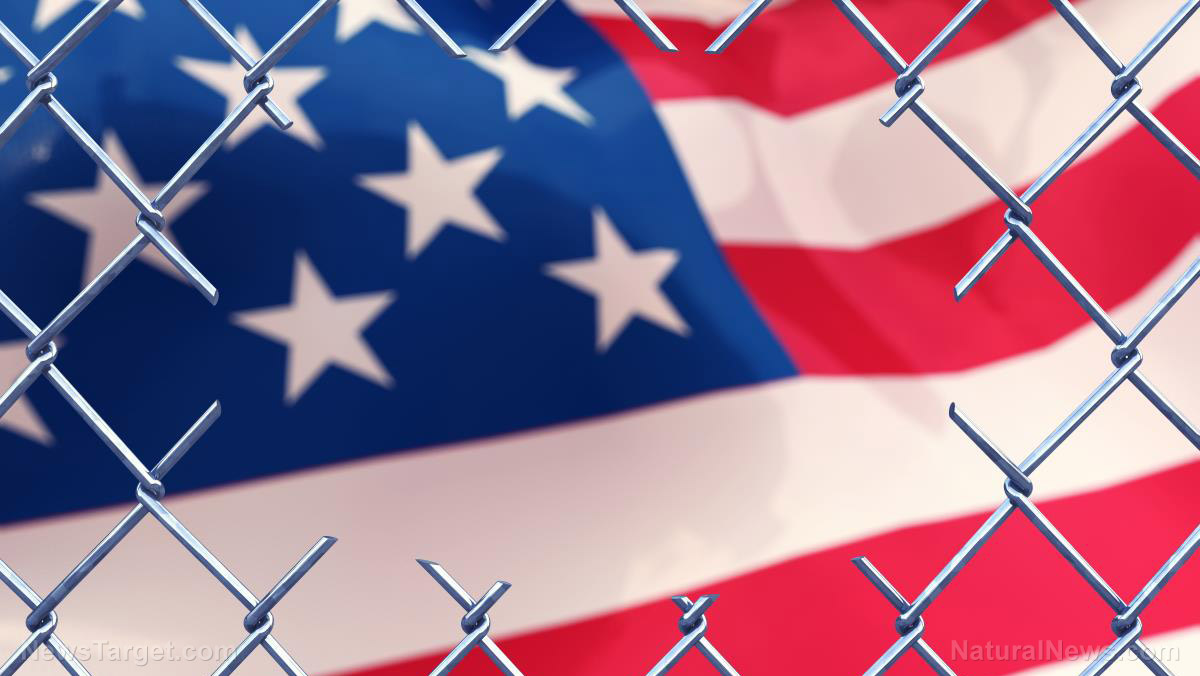 The liberal tears are flowing after an illegal alien “dreamer” by the name of Luis Ugalde-Pacheco, now 28 years old, was recently deported back to Mexico following multiple felony convictions for abusing women.

Though he hasn’t lived in Mexico since he first entered the United States illegally with his father at the young age of seven, Ugalde-Pacheco was not long ago delivered by Border Patrol back to where he belongs: south of the border.

While some would suggest that we should all have “compassion” on poor Ugalde-Pacheco and others like him, considering he was barely at the age of accountability when he was smuggled into the United States, Ugalde-Pacheco didn’t exactly spend his time here being a productive and contributing member of society.

According to reports, Ugalde-Pacheco’s legal troubles began in May 2017, when he was charged in a domestic violence case involving one of his female relatives. This incestuous assault resulted in the woman obtaining a restraining order against Ugalde-Pacheco, which he reportedly violated by sending her a text message.

Ugalde-Pacheco also assaulted another woman in March 2018, who also sought and obtained a restraining order against him – which he again violated by sending her a text message as well. Ugalde-Pacheco later served a prison sentence for these crimes.

“On Aug. 20, 2018, Ugalde-Pacheco pleaded guilty to felony charges of intimidation and aggravated battery, records show,” reads a report published by the Chicago Tribune.

“He admitted to following the woman to her job, showing her a gun, threatening to shoot her if she called police and pushing her, according to court records,” the report adds.

For more news about the devastating impacts of illegal immigration, be sure to check out InvasionUSA.news.

Ugalde-Pacheco’s illegal relatives lament his deportation, declare that “everyone deserves a chance to … stay here” in the U.S.

Hilariously, Ugalde-Pacheco’s illegal relatives have tried to come to his rescue in typical Leftist form, lamenting to the media their “worry” that this criminal alien might not “have access to medical treatment in Mexico.”

One of Ugalde-Pacheco’s illegal relatives even went a step further, declaring on record her belief that “everyone deserves a chance to … stay here” – of course implying that being an illegal alien in the U.S. is no big deal, and that everyone who wants to should just be allowed to stay forever in order to have “the chance to live.”

Sadly, Ugalde-Pacheco’s relatives are simply too selfish, or at the very least ignorant of the consequences of illegal immigration, to recognize that there are legal residents of this country whose lives are put at risk by the presence of criminals like Ugalde-Pacheco.

Among these legal residents are the women whom Ugalde-Pacheco assaulted and threatened, who will no longer have to worry about their lives now that Ugalde-Pacheco is back in Mexico where he rightfully belongs.

Even more hilarious was the politically correct nonsense spewed by Ugalde-Pacheco’s lawyer in the aftermath of his deportation.

Amina Najib reportedly told the media that she believes her client’s case “is a direct result of President Donald Trump’s immigration policies,” and not a consequence of his own illegal behavior – which, under the Obama regime, likely would have been dismissed, sending Ugalde-Pacheco back into American streets.

These policies, Najib claims, “give officials little room to exercise discretion when deciding if someone should be allowed to stay in the country.”

“Trump made him attack a woman after threatening her with a gun,” joked The Gateway Pundit‘s Nan and Byron McKeeby in a commentary about the case. “Is there anything this President can’t do?”

To keep up with the latest news about President Trump and his efforts to build a proper border wall and put an end to illegal immigration, be sure to check out Trump.news.