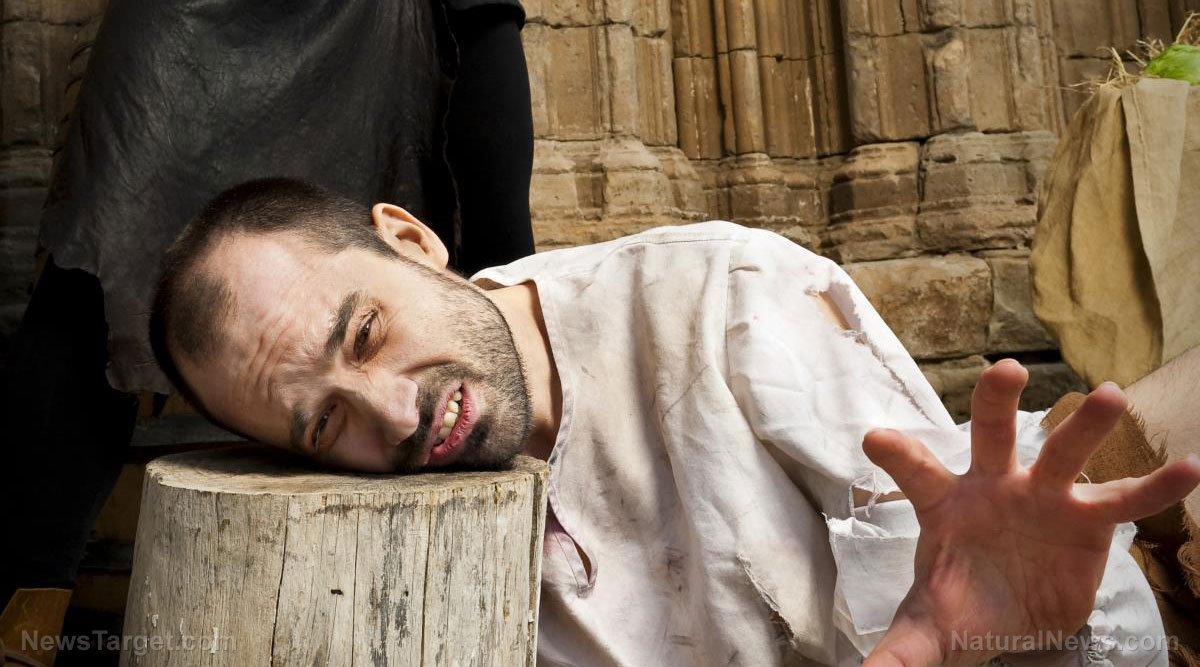 If you’ve been keeping up with our ongoing coverage of Communist China’s illicit organ harvesting racket, then you probably know that it’s not just Falun Gong worshipers who are being targeted for bodily exploitation. China’s so-called “transplant tourism” industry is also violating the lives of both Muslims and Christians for their body parts, demonstrating the true depths of depravity that far-leftists are capable of when driven by insatiable hatred towards “dissidents.”

Since communism is about as far-left as you can get politically, the horrors taking place in Communist China aren’t necessarily an impossibility in the United States, where especially the younger generations are now being widely indoctrinated into a mindset accepting of “progressivism” – which is really just communism rebranded with a trendier name.

But it’s all the same in practice, as both communism and progressivism are built upon the idea that, in order to create peace and harmony throughout society, everybody must behave and believe the exact same as everybody else. Those who venture out of bounds, so to speak, become targets for herding back into the fold – and if this doesn’t work, these dissidents are then punished in other ways until they eventually conform.

In the U.S., we’re seeing some of the early signs of this communist/progressive takeover on social media, where the leftists in charge are now actively shadowbanning and deplatforming conservatives simply for expressing viewpoints that “progressives” find offensive. In some cases, conservatives are even being fired from their jobs for “intolerance” – the irony of such persecution apparently being lost on their thought-police superiors.

Do you really think “progressive” leftists wouldn’t jump at the opportunity to imprison conservatives and Christians for disagreeing with them?

It’s only a matter of time before it all morphs into much worse persecution in the form of imprisonment, for instance, forced “reeducation.” Taken to its logical end, this rush towards “progress” will eventually mean that not just conservatives, but also Christians and other “dissidents” are even forced to give up their vital organs for “the greater good” – which is already what’s happening with forced vaccinations, which supposedly benefit the “herd.”

Just like what’s happening in Communist China, leftists in the U.S. often use rhetoric like “good” and “science-based” to justify engaging in tyranny against others. If you say something they don’t like, it’s “hate speech,” for instance. And if you support individual liberty and freedom from government oppression, then you’re a “Nazi.”

And if you don’t think that these same leftists wouldn’t choose, if given the option, to completely destroy the lives of political “dissidents” who disagree with things like LGBT “drag kids” and unlimited abortions for everyone,” think again – because you’ve got a whole other thing coming to you in the very near future, assuming that radical leftism isn’t stopped dead in its tracks.

“In exactly the same way the communist Chinese government targets political dissidents – Falun Gong members – for arrests, executions and organ harvesting, left-wing authoritarians in America will sooner or later call for the mass execution and organ harvesting of Christians and political dissidents who do not kowtow to the LGBT agenda of child mass murder and taxpayer-funded mutilations (like what has just been made a matter of law in Vermont),” is apparently now happening in Canada warns Mike Adams, the Health Ranger, about what’s coming if things continue in the direction they’re going.

“As has been made abundantly obvious by the mass censorship and de-platforming of conservatives, liberals do not see conservatives or Christians as human beings,” he adds.