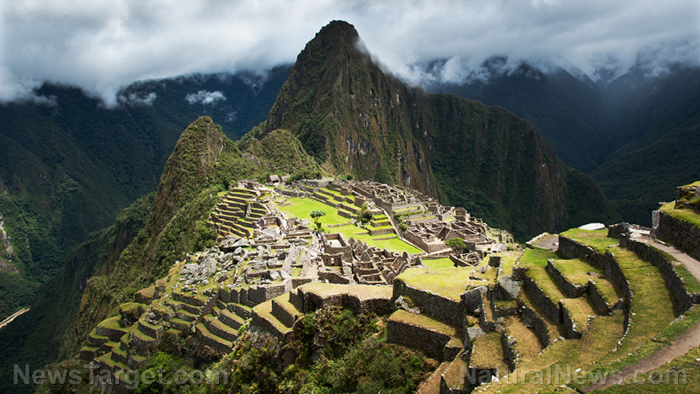 In Peru, researchers unearthed a 15th-century burial site that held the remains of hundreds of children and juvenile llamas. Both human and animal occupants of the Huanchaquito-Las Llamas site were believed to be victims of a mass sacrifice for an ancient religion.

The human remains numbered more than 140 and included both boys and girls. None of them exceeded the age of 14 – the youngest individuals were only five years old.

More than 200 llamas kept the children company. The animals were all juveniles as well.

Many of the children and llamas bore signs that their chests got cut open to get at their hearts. They may have been sacrificed in response to severe floods and storms caused by a strong El Niño.

The research team calculated the date of the site as 1450. During that period, the Chimu civilization controlled the coastal regions of northern Peru.

Contemporaries of the Inca, the Chimu empire lived along the Pacific coast for hundreds of miles and included interior valleys in the border between the modern-day nations of Peru and Ecuador. Eventually, they got conquered by their neighbors.

In 2011, researchers found the Huanchaquito-Las Llamas burial site less than half a mile from Chan Chan, the ancient capital of the Chimu. They spent the next half-dozen years excavating the 7,000-square-foot area.

Tulane University researcher John Verano served as one of the authors of the study. He said their findings shed light on the grisly practice of child sacrifice in the history of the New World.

Verano shared that he and his colleagues were taken aback by their unprecedented discovery. The surviving historical accounts and ethnohistoric sources from Peru’s northern coastal region did not indicate that the Chimu sacrificed hundreds of children or juvenile camelids.

The research team ran anatomical and genetic tests on the remains of the children and llamas. They found evidence of cuts across the sterna of both young humans and camelids.

“Accessing the heart by transverse sectioning of the sternum is a technique familiar to modern thoracic surgeons, and is known by various names,” explained Verano’s Peruvian counterpart, Gabriel Prieto of the Universidad Nacional de Trujillo. “The purpose of opening the chests of the children can only be hypothesised, but heart removal is a likely motivation.”

Numerous ancient cultures practiced animal and human sacrifices. They performed sacrifices for architectural, funeral, or spiritual reasons — a new temple, a new ruler, or preventing the end of the world.

Before the discovery of the Huanchaquito-Las Llamas burial site, there was scarce evidence that the ancient peoples of northern coastal Peru sacrificed large numbers of human children.

“In number, it greatly exceeds the known sample of Inca child sacrifices from high altitude sites in the Andes,” observed Prieto. “It also is substantially larger than the only other mass sacrifice of children known from the New World, that of 42 children in Offering 48 at the Mexica Templo Mayor in Central Mexico.”

Verano and Prieto’s team found the remains of the children and llamas buried in the sand. The sand was covered by a thick layer of mud that bore footprints made by animals and humans when it was still damp.

Northern Peru is an arid region that receives little rainfall. The presence of so much mud led the researchers to theorize that the mass sacrifice took place shortly after unnaturally heavy rainfalls and flooding. They believed the Chimu sacrificed the children and llamas to appease their gods during an El Niño–Southern Oscillation event between the 1400s and 1450s.

Read RealHistory.news for more accounts from the real history of human civilization.