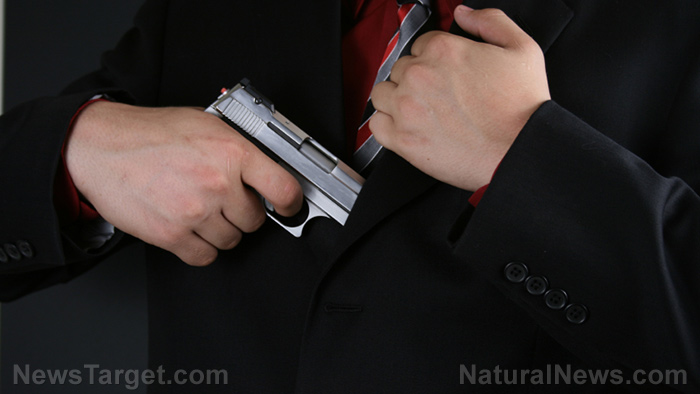 Days after a young man walked into a Walmart shopping center in El Paso, Texas, and killed 20 people in the first of two mass shootings last week, it appears as though someone attempted a copycat shooting at a Walmart in Springfield, Missouri.

But that potential shooter was intercepted by a good guy with a gun, thanks to the Show Me State’s “constitutional carry” law, which recognizes law-abiding citizens’ right to carry a concealed weapon without having to get permission (in the form of a license) from a government agent.

According to a report from KOLR-TV in Springfield on Thursday, a 20-year-old man armed with a rifle, a handgun, and wearing body armor was arrested by police after being intercepted by an off-duty firefighter carrying a concealed handgun.

“His intent was not to cause peace or comfort to anybody that was in the business. In fact, he’s lucky to be alive still to be honest,” said Springfield Police spokesman Lt. Mike Lucas.

Tonight, in my hometown, an armed man was arrested wearing a bulletproof vest outside of a Walmart.

IT IS TIME FOR ACTION. Not banning guns, not passing red flag laws, but working on MENTAL HEALTH.

The armed man with a bulletproof vest was reportedly stopped and held at gunpoint by a firefighter until police arrived. Yet all the news will be fixated about is the shooter, and not the firefighter. The narrative MUST change.

According to Lt. Lucas, an off duty fireman who was at the Walmart is to thank in some part for the young man’s arrest. For now, investigators will review both the Walmart security footage and the armed 20-year-old’s social media profiles.

Lucas also said that there may be a Facebook live post by the suspect where officers hoped they could learn of his intentions. He also said that police would consult Walmart’s security cameras.

Following the El Paso and Dayton incidents, it should be noted that the FBI issued a statement warning of potential “copycat” shootings.

“The FBI remains concerned that U.S.-based domestic violent extremists could become inspired by these and previous high-profile attacks to engage in similar acts of violence,” the bureau said in a statement late Sunday.

“The FBI asks the American public to report to law enforcement any suspicious activity that is observed either in person or online,” the statement added.

If we’re not going to address our societal ills, we have to let more law abiding Americans be armed

While a good guy with a gun stopped a potential bad gun with a gun, that got lost in the narrative of the garbage establishment media, which has been repeating two lies since the latest mass shootings:

Leave it to these Left-wing activists posing as journalists to miss the forest for the trees.

We just saw what works to reduce the mindless violence of a mass shooting: An armed populace.

Because if we’re not going to do anything about the core problems plaguing our society that have caused its degradation and are much more likely to be responsible for these shootings, then we might as well fully embrace the Second Amendment, as our founders intended for us to do, and give citizens who want one a fighting chance against the maniacs.

As The National Sentinel reported this week:

A study by the Family Research Council says that crumbling traditional family structures are contributing to a wave of mental health issues that often lead people to commit mass shootings and other violence.

“The fact that we have an epidemic of absentee fathers in the home and that we have a disintegrating family structure in America, which is brought about by a variety of things, is a major issue and a major cause for what we see happening in these mass shootings,” Ret. Lt. Gen. William G. Boykin, Vice President of the FRC, told The Epoch Times.