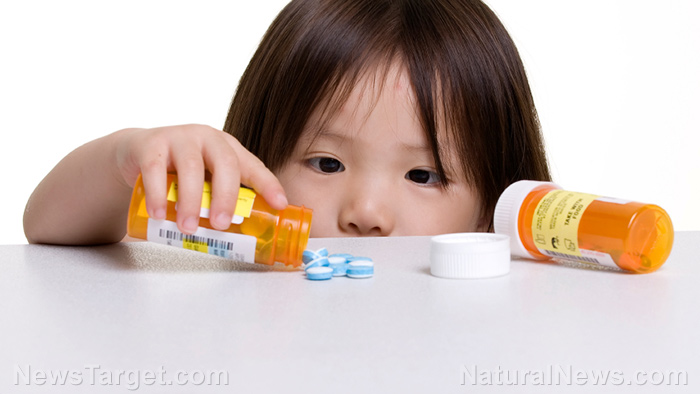 A hormone-blocking drug that’s commonly prescribed to “transgender” children has been exposed for harming and killing tens of thousands of them – but the very same what about the children?! leftists pushing for gun control are nowhere to be found in calling for common sense pharmaceutical control.

According to the U.S. Food and Drug Administration (FDA), Lupron (leuprolide acetate for depot suspension), which is manufactured by drug giant AbbVie, has killed at least 6,370 patients just since 2014, while seriously harming tens of thousands of others. At the same time, there were just 486 unintentional gun deaths last year.

The answer is nowhere, of course, because guns are politically incorrect, while gender-bending pharmaceuticals are not only politically correct, but now politically sanctioned as an acceptable form of “treatment” for alleged “transgender” children who believe they were born inside the wrong bodies.

The LGBTQ mafia actually promotes the transgender indoctrination of today’s youth, which includes pushing drugs like Lupron that we now know are a serious threat to children.

For more related news about how the LGBTQ lobby is aggressively pushing gender-bending drugs like Lupron on children who could end up suffering lifelong injury or death as a result, visit Gender.news.

The pediatric version of Lupron that’s given to children lacks proper warnings about long-term side effects, including death

Keep in mind that Lupron isn’t even FDA-approved for treating children with gender dysphoria. This is an off-label use of the drug that’s gaining popularity in response to the wave of LGBTQ insanity that’s sweeping the West.

Further, the pediatric version of Lupron doesn’t even contain proper warnings about its long-term side effects, which include irreversible hormone damage and, of course, death. But none of this is stopping gender “affirming” physicians from prescribing Lupron to children.

The FDA has only approved Lupron for use in children with “precocious puberty,” a developmental problem in which some children enter puberty too early. Its purpose, in other words, is to facilitate healthy development, not impair it.

“It’s a serious condition that endocrinologists would normally diagnose and treat because it interferes with development, but in [gender dysphoria] cases they’re inducing this disease state,” says Michael Laidlaw, an endocrinologist from Rocklin, California, about the difference between using Lupron to treat precocious puberty versus taking it to try to change one’s biological sex.

The FDA has reportedly been reviewing the safety of Lupron since 2017, along with other GnRH agonist drugs like Lupron that inhibit normal hormone development. Many reports have surfaced about how such drugs are causing seizures in children, as well as other problems.

Natural News has yet to learn of any movements or protests against this drug, which is separating children from their parents and families by killing them. We also have yet to hear about any common sense pharmaceutical control to address this scourge of drug violence against children who are actually in need of psychological therapy, not drug interventions.