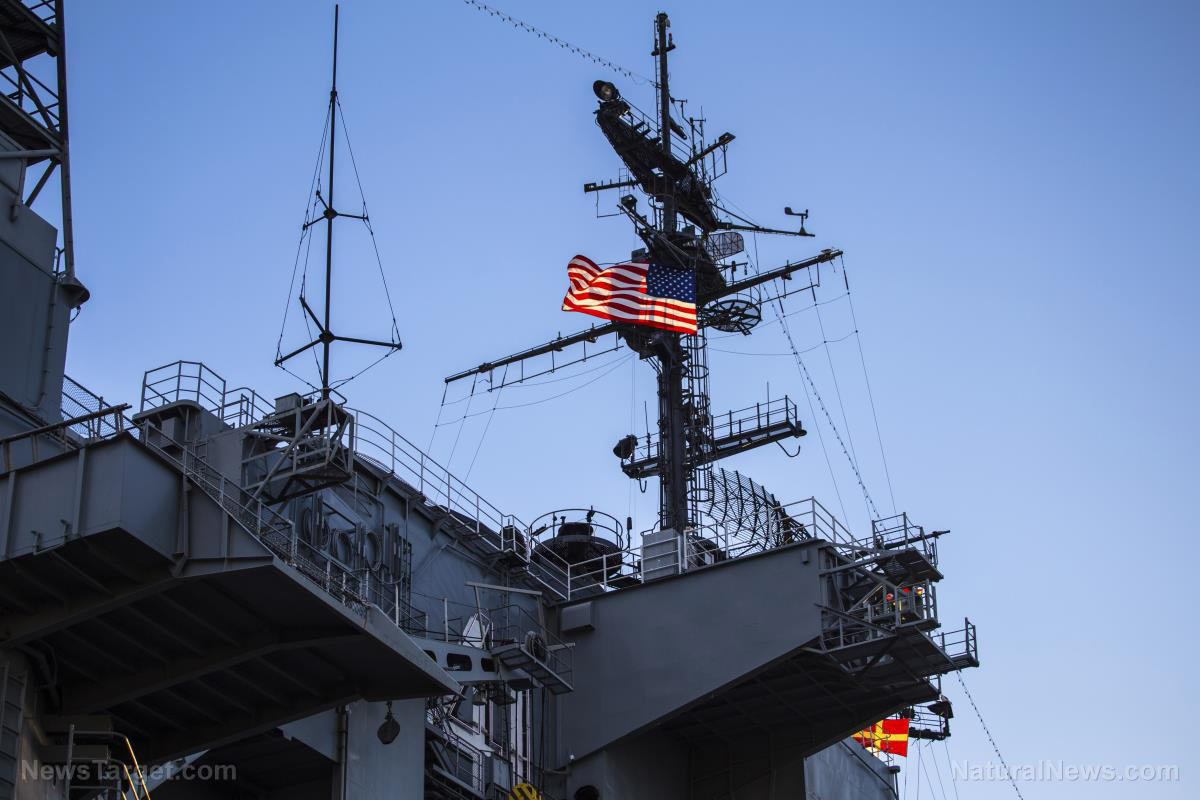 Former President Donald Trump has been rightly credited with rebuilding the U.S. military after years of abuse and underfunding during the preceding regime of Barack Obama.

Trump is also credited with pushing back on the encroaching politically correct wokeness such as banning transgenders from entering the military.

He didn’t do that because he’s a “homophobe” or a “bigot;” he did it because his judgment told him that transgendered troops would not only be a major distraction to the vast majority of other serving members, but they would present medical, logistical and leadership challenges as well.

They would be disruptive to military service, in other words, not conducive to it or serve in a way that would improve the military’s readiness.

But even before he left office, woke PC forces deep within the Pentagon’s deep state were nevertheless working to undermine him anyway, and now that he’s gone, their agenda is being revealed under a Biden regime that is only too happy to re-PC the military for a few more votes.

According to a recently released report from the U.S. Navy titled, “Our Navy Team — Navigating a Course to True North,” seeks to address “the societal challenges of today” to include ditching the “Officer Aptitude Rating (OAR) Test Requirement” while also doing more to deal with making sure sailors ‘feel respected’ or something like that.

“Our [Culture of Excellence] drives the understanding that when Sailors feel included, respected and empowered, they are mission ready, able to deter aggression and maintain freedom of the seas. Mission readiness is stronger when diverse strengths are used and differing perspectives are applied,” the report’s executive summary notes, using language that clearly reflects the PC thinking and rationale for everything the left cherishes. (Related: Under Biden, military being purged of all conservatives.)

“By embracing Inclusion and Diversity (I&D) in our day-to-day work and decisions at a fundamental level, we harness the creative power of our differences, putting forward actions and strategies that accelerate and enable our Navy’s warfighting advantage,” the summary continues.

Funny — there hasn’t been a problem with naval war fighting up to now, and certainly not during the Trump Administration.

The executive summary goes on to lay bare where this ‘initiative’ is coming from — and why.

“After the nation-wide protests in the spring and early summer of 2020, CNO encouraged dialogue about race relations and inclusion in America and how to actively strive for strong measures of I&D in the Navy. Our existing efforts, while admirable in many respects, clearly fell short of adequately addressing the societal challenges of today,” it says, without explaining what ‘falling short’ looked like.

“We needed to seize this moment to engage in conversations about race, diversity and inclusion within our force more than ever before. We had to have open, honest and necessary conversations across our Navy and take action,” the summary continued. “We needed to rise to the occasion and identify the issues in our Fleet, understand where current barriers to I&D exist and learn how to effectively listen to all perspectives in pursuit of I&D reform. These conversations are vital for our Navy team, as understanding and connection builds teamwork and teamwork builds trust.”

There hasn’t been a problem with race or ‘respect’ in the Navy or anywhere in the U.S. military because if there had been, you can bet Americans would have read and heard all about it, especially during Trump’s term. Being able to portray ‘his military’ as ‘racist, bigoted, and homophobic’ would have perfectly dovetailed with their (false) portrayal of him.

But we didn’t hear those reports or see those news stories. And that’s because the military already had in place mechanisms to combat racism (though there hasn’t been an issue with that anyway) as well as other purposeful discrimination.

So this new naval initiative isn’t about fixing a problem, it’s about pushing the left’s continuing agenda to destroy our founding traditions and our culture and replace it with totalitarian Marxism and absolute adherence.

Meanwhile, our biggest nemesis, China, is building a navy that is only focused on war fighting — not wokeness.