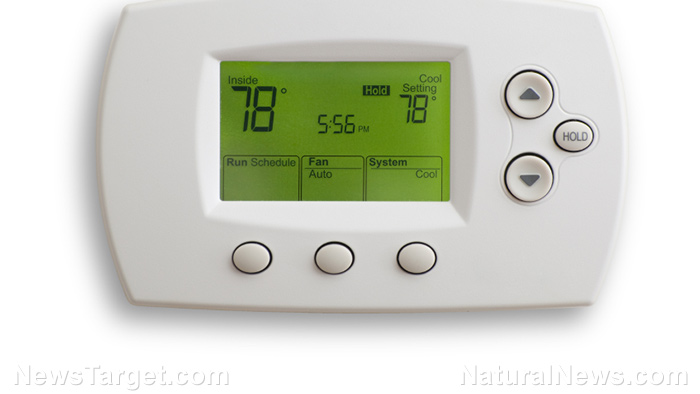 What happened to thousands of customers in Denver, Colo. last week during a spike in temperatures proves once again why Americans should resist the temptation to rely more on the “internet of things.”

As temperatures rose in the Mile High City, customers of Xcel found themselves locked out of their thermostats by big brother due to an “energy emergency,” leaving them unable to cool down their homes, according to The Denver Channel.

As temps rose into the 90s, Tony Talarico attempted to boost the air conditioning in his partner’s Arvada home but he was unable to do so.

“I mean, it was 90 out, and it was right during the peak period,” Talarico told the outlet. “It was hot.”

But he then noticed that he’d been locked out of his thermostat due to the emergency — like some 22,000 other customers — because the powers that be decided to limit customers’ power usage.

“Normally, when we see a message like that, we’re able to override it,” Talarico said. “In this case, we weren’t. So, our thermostat was locked in at 78 or 79.”

When thousands of Xcel customers in Colorado tried adjusting their thermostats Tuesday, they learned they had no control over the temperatures in their own homes. via @jaclynreporting https://t.co/mgLEC6SEzR

On social media, dozens of Xcel customers complained of similar experiences — some reporting home temperatures as high as 88 degrees.

Xcel confirmed to Contact Denver7 that 22,000 customers who had signed up for the Colorado AC Rewards program were locked out of their smart thermostats for hours on Tuesday.

“It’s a voluntary program. Let’s remember that this is something that customers choose to be a part of based on the incentives,” Emmett Romine, vice president of customer solutions and innovation at Xcel, told the outlet.

He said that customers are given a $100 credit when they sign up for the program and an additional $25 every year. However, Romine noted that in doing so, customers agree to give up control of their thermostats at times in order to save energy and money. “So, it helps everybody for people to participate in these programs. It is a bit uncomfortable for a short period of time, but it’s very, very helpful,” he added.

Critics were quick to point out this is the kind of dystopian ‘green’ future that awaits Americans, compliments of the Democratic authoritarians of the left.

“Completely losing control over the temperature of your own home is presumably one of the many benefits of the green energy ‘Great Reset’ Americans will be forced to endure,” Paul Joseph Watson observed after the Denver story broke.

“This story is yet another example of how smart meters will pave the way for energy rationing. No doubt Americans who have them installed will increasingly find their thermostats remote-controlled at the behest of energy companies whenever a dubious ‘crisis’ can be declared,” he continued. “And if that sounds bad, just imagine what will happen if net zero green energy ‘climate lockdowns’ become normalized.”

He went on to note that Europeans are already regularly experiencing these kinds of power rationing schemes, thanks in large part to the fact that many EU governments have been steadily stripping reliable and affordable fossil fuels out of their energy production.

“In Spain, at the height of summer, authorities have controversially banned air conditioning from dropping below 27°C (80.6°F) in all non-residential buildings, including shops, cinemas, and cafes,” he added, noting further that violations are grossly expensive. “Onerous fines for those who flout the rules run all the way up to €600,000 euros for ‘serious violations,'” he wrote.

This is exactly the future the American left wants; while common folks swelter (or freeze), the leftist tyrannical elites will have all the power they want.