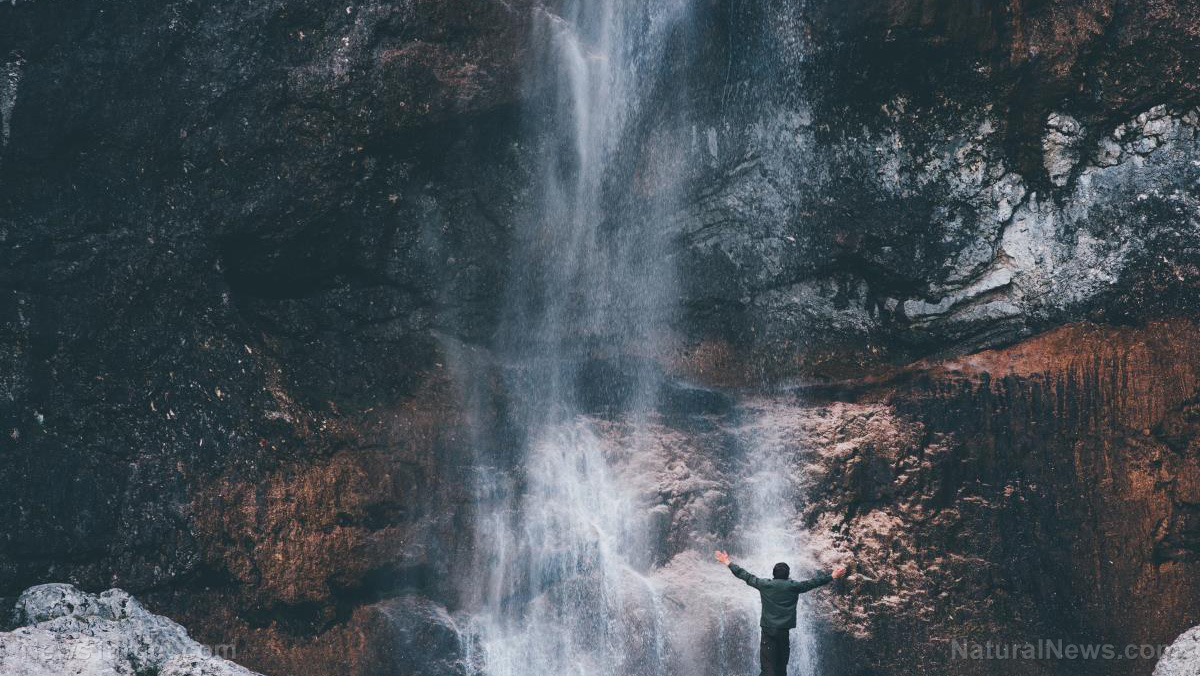 In the age of President Donald J. Trump, the so-called “mainstream media” has gone full-on bonkers, logging a 90 percent negativity rate when it came to reporting on him and his administration.

90 percent. That’s nine-of-ten stories about Trump all being negative. And these idiots want us to believe their “neutral” and “fair-minded.” Mind you, Trump won the election because voters in a majority of states wanted him to be president. So how does that justify 90 percent negative coverage?

When the media isn’t jumping on the anti-Trump bandwagon, it reverts back to another well-worn pastime: Telling you and me how to live, especially if we chose a lifestyle the elitist schmucks in journalism don’t approve of.

What’s raw water? It’s spring water that is untreated, unfiltered, and unencumbered by sterilization processes. Apparently, it’s a new ‘thing’ in Silicon Valley — which is located in California, which is, we’re told, where new ‘things’ begin.

Some raw water is being sold at $20 a gallon which is probably what is really upsetting the Marxist-Leftist mindset of the critical establishment media. Not only is this water untouched and therefore unregulated by “The State,” but someone’s making a darn good living selling it.

We can’t have that. They might have let the part about government being outside the loop slip by, but there is nothing more offensive to a Marxist than profits.

In any event, a smattering of headlines and associated stories about raw water paint the picture: There is no way this stuff can be good for you because it’s a precursor to some horrible disease outbreak that will spread from sea to shining sea and wipe out most other people in blue states (red state wipeouts are okay but not blue states because those states contain readers of establishment news outlets).

Per The Cut, from this headline: “The Raw-Water Trend Sounds Like a Bad Idea (Because of Cholera)”:

Raw-water devotees are embracing the trend to avoid exposure to chemicals like fluoride and chlorine, in order to maximize their health. In response, food-safety experts are flagging all the disturbing substances in the natural water supply including, but not limited to, animal feces and the parasite giardia, also known as “beaver fever.”

“It’s fine till some 10-year-old girl dies a horrible death from cholera in Montecito, California,” whined ‘food-safety expert’ Bill Marler. “You can’t stop consenting adults from being stupid… But, we should at least try.”

Why, Bill? Who elected you national water nanny?

The New York Post chimed in as well with, “Silicon Valley loves ‘raw water’ that will make you sick”:

In case you haven’t noticed, Silicon Valley is obsessed with health, or at least the appearance of health. You can see evidence of it just about everywhere, including internet-connected juicers and new medical “breakthroughs,” but rarely is a new trend as obviously flawed as “raw water.”

“It is, simply put, the dumbest food trend to come along in a long, long time,” the paper claimed.

Question: How do really smart Silicon Valley innovators suddenly become too “dumb” to drink? Does the Post really believe these folks don’t know what they’re doing?

Ponders Orlando’s WDBO, “‘Raw water’ is the latest craze, but is it safe?”:

Although the new trend has its proponents, mainly those leery of fluoride and contamination from lead or other issues, experts have come out strongly against the idea.

What do this story and all of the rest have in common? A string of experts all complaining about being unable to garner enough authority to tell raw water consumers how to live.