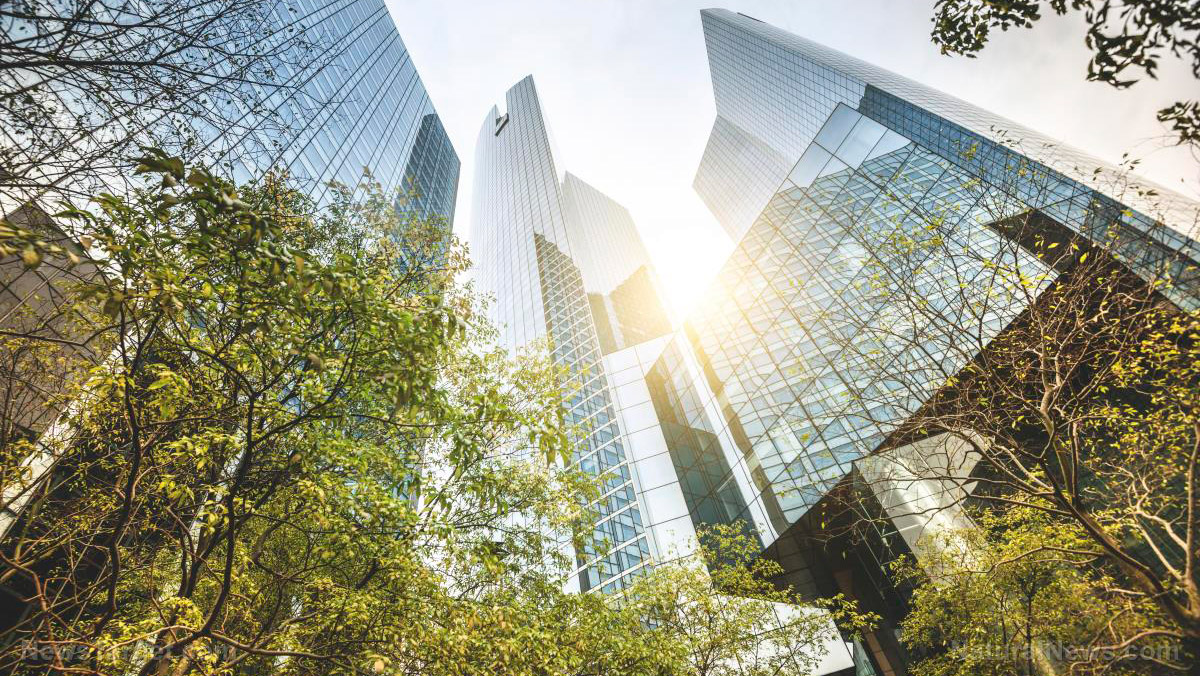 Immediate help and relief actions are needed whenever natural disasters happen. However, due to infrastructure damages, sending aid to affected areas can be challenging. This particular issue was addressed by this year’s eVolo Skyscraper competition winner for a future buildings concept – an origami-style pop-up skyscraper which can be transported easily from place to place.

Called the Skyshelter.zip, its design enables it to be folded up and flown into a disaster zone with ease. It can be transported to places hit by flooding, or where there is limited dry land.

To set it up, it only needs to be anchored to the ground, then a helium-filled balloon is inflated for the building to assemble. The structure is supported by foldable metal frames and the number of floors can be controlled by the amount of gas pumped into it.

The design’s footprint is said to be 30 times smaller than the tents or containers that are usually used in these kinds of situations, which means setting it up requires lesser clean-up time and effort. This is a huge advantage, especially in densely populated areas. The Skyshelter.zip can accommodate up to a thousand people and still has enough room for medical bays and vertical gardens or farms.

With its height, it can serve as a landmark for evacuees so they can immediately find the relief camp. Moreover, filters are placed on top of the building to collect rainwater and purify them. The futuristic building is also equipped with perovskite solar cells which provide clean energy.

Designed by a team of Polish architects – Damian Granosik, Jakub Kulisa, and Piotr Pa?czyk – the Skyshelter.zip beat 525 other design projects by talented architects from across the globe. (Read: Future buildings could be constructed out of blocks made from olive waste.)

In a statement, the designers said, “Whether a certain region is struck by earthquake, flood or hurricane – help needs to arrive quickly. This is often easier to be said than done, as damages to transportation infrastructure or remote localization can make it extremely difficult.”

“The Skyshelter.zip tries to address these issues by proposing structure that while offering large floor surface is compact, easy to transport anywhere and can be deployed with minimum amount of time and manpower requirements. It is meant to serve as a multi-purpose hub for any relief operation,” they added.

Meanwhile, Hong Kong-based designer, Tony Leung bagged the second place award in the competition with his Shinto Shrine Skyscraper. He said the project aims to restore the interaction between the Shinto Shrine and the local people amid the rise of urbanization.

For third place, designer Claudio C. Araya Arias won with his project called Waria Lemuy: Fire Prevention Skyscraper. It was specifically designed to address the issue of houses being damaged by wildfires in Chile.

Some of the 27 honorable mentions include:

What is the eVolo Skyscraper Competition

Spearheaded by the eVolo Magazine, the Skyscraper Competition is considered as one of the most prestigious awards for high-rise architecture. It is where great architectural ideas are recognized in terms of skyscrapers and how it can be mixed with novel technologies, material, programs, aesthetics, and spatial organizations.

The competition also examines the relationship between skyscrapers and the natural world, the community, and the city.

Interested in other technological advancements? Head over to FutureScienceNews.com for more.