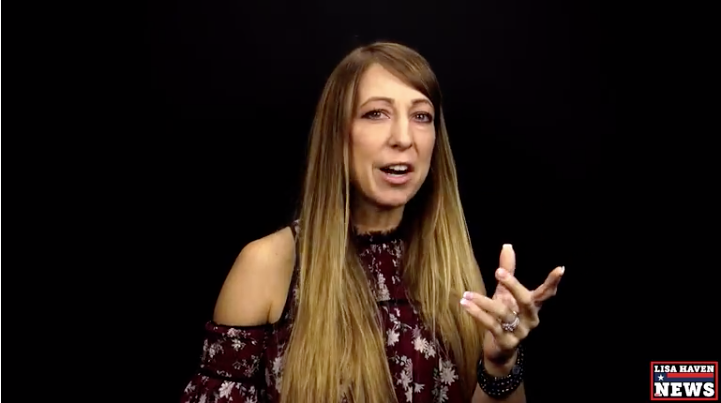 Fair-minded Americans whose loyalty is to country and Constitution first and foremost are well aware that the Marxist Left, which has taken over the Democratic Party, has been engaged in destroying traditional America for years.

The Left has completely taken over academia, the entertainment industry, the media, and pop culture, but that’s not enough: They want all power, and in order to obtain it, they have to hijack our political system as well.

That effort has begun. Over the past two years, working mostly through the establishment press and their newfound influence on the behemoth social media platforms, the American Left has made great strides against constitutionalism and conservatism, despite the fact that, until last month’s midterms, Republicans held the White House and both chambers of Congress (and there are new questions being raised about how Democrats managed to win several seats in California that were situated in solid ‘red’ districts).

In a recent podcast, Lisa Haven, of Lisa Haven News, says Democrats have now begun a “three-stage attack” to take over what power structures remain.

“Number one, take over all branches within the United States government,” she said (see video below), along with the power structures within government including federal law enforcement and the Intelligence Community.

“Number two, take over freedom of the Internet” and all media as well so they can “control and propagandize the people.”

Third, “infiltrate” the electoral system “by bringing in illegal voters” to “cancel out” competing votes — a real effort at suppressing the people.

Haven notes that the Deep State is so obviously aligned with the Leftist Democrat Party, as evidenced by who is being persecuted: POTUS Trump, his administration, and anyone who was ever associated with him or who supported (and still supports) him, including the most recently targeted figures like Dr. Jerome Corsi and longtime associate Roger Stone.

It’s becoming very obvious our liberty is under assault

She cited an exclusive report from The Daily Caller in which the news site noted the FBI recently raided the home of a known, registered whistleblower (and former bureau contractor) to obtain documents related to the Clinton Foundation and the Uranium One deal. Copies of the documents had already been turned over to congressional committees via established, legal whistleblower channels.

The Justice Department’s inspector general was informed that the documents show that federal officials failed to investigate potential criminal activity regarding former Secretary of State Hillary Clinton, the Clinton Foundation and Rosatom, the Russian company that purchased Uranium One, a document reviewed by The Daily Caller News Foundation alleges.

Also, Haven notes, the Left has begun purging conservative/constitutional voices from the major social media platforms including Facebook, Google, YouTube, and Twitter, ahead of the 2020 elections because they are trying to fix the presidential and congressional outcomes in favor of Democrats. (Related: POTUS Trump blasts ‘illegal’ social media BIAS and censorship, vows actions.)

The censorship is so obvious (and documented) it has even gotten the attention of POTUS Trump.

“Social Media is totally discriminating against Republican/Conservative voices,” Trump tweeted in August. “Speaking loudly and clearly for the Trump Administration, we won’t let that happen. They are closing down the opinions of many people on the RIGHT, while at the same time doing nothing to others.”

Haven has additional evidence to back up her claims, and it is powerful.

Learn more about the Left’s social media censorship at Censorship.news.