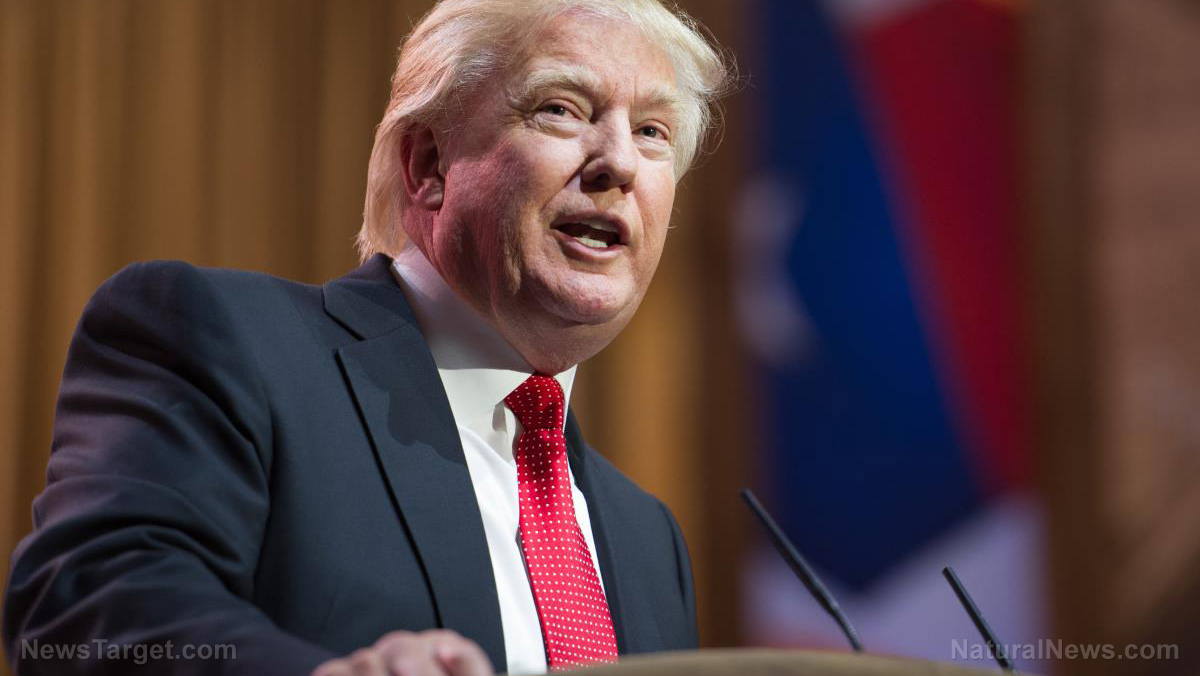 August 20, 2018 (LifeSiteNews) – President Donald Trump joined the discussion about political censorship by social media giants such as Facebook and Google over the weekend, calling for unfettered debate and hinting at some sort of government action on the issue.

“Social Media is totally discriminating against Republican/Conservative voices,” Trump tweeted Saturday. “Speaking loudly and clearly for the Trump Administration, we won’t let that happen. They are closing down the opinions of many people on the RIGHT, while at the same time doing nothing to others.”

Calling censorship “very dangerous” and “absolutely impossible to police,” the president used his own high-profile battles with the mainstream media as an example. “There is nothing so Fake as CNN & MSNBC, & yet I do not ask that their sick behavior be removed,” he said.

“Too many voices are being destroyed, some good & some bad, and that cannot be allowed to happen,” Trump declared. “Who is making the choices, because I can already tell you that too many mistakes are being made. Let everybody participate, good & bad, and we will all just have to figure it out!”

Social Media is totally discriminating against Republican/Conservative voices. Speaking loudly and clearly for the Trump Administration, we won’t let that happen. They are closing down the opinions of many people on the RIGHT, while at the same time doing nothing to others…….

…..Censorship is a very dangerous thing & absolutely impossible to police. If you are weeding out Fake News, there is nothing so Fake as CNN & MSNBC, & yet I do not ask that their sick behavior be removed. I get used to it and watch with a grain of salt, or don’t watch at all..

….Too many voices are being destroyed, some good & some bad, and that cannot be allowed to happen. Who is making the choices, because I can already tell you that too many mistakes are being made. Let everybody participate, good & bad, and we will all just have to figure it out!

The companies tend to reverse the most highly-publicized incidents after a few days of public outcry, blaming them either on isolated human errors or unintentional side effects of their content prioritization algorithms. Conservatives remain skeptical, however, citing their continuing frequency and the lack of comparable examples on the left.

Critics also cite insiders at Facebook and Twitter who have admitted to intentionally targeting conservative accounts and topics, analyses that have found that Facebook’s algorithm changes have disproportionately impacted publishers with an express viewpoint while benefiting left-leaning media outlets that present themselves as impartial, and social media companies’ partnerships with left-wing organizations such as the Southern Poverty Law Center (SPLC).

In perhaps the most high-profile recent incident, several companies bannedconspiracy theorist Alex Jones from their platforms, in a move that mainstream conservatives (and some liberals) have condemned as starting a slippery slope for open debate. Critics have also noted that Facebook has not banned fringe figures on the left, such Nation of Islam leader and avowed anti-Semite Louis Farrakhan.

It’s unclear what actions Trump has in mind to not “let [discrimination] happen,” if any, but conservatives are currently divided on whether government intervention is appropriate.

Conservative Review’s Allie Beth Stuckey, the host of one of the Prager University videos temporarily deleted by Facebook on Friday, said Sunday that she doesn’t want “government intervention and regulation here,” because it “would probably end up worse for conservatives in the long run.”

Writing Saturday in the Wall Street Journal, meanwhile, University of Tennessee law professor and Instapundit blogger Glenn Reynolds suggested that social media companies discriminating against conservatives may be incompatible with the 1996 Communications Decency Act, in which Congress exempted internet platforms from publishers’ normal liability for things like libel and copyright infringement on the grounds that the platforms are truly neutral forums that don’t exercise their own editorial judgment.

Sen. Ted Cruz, R-TX, has suggested that Congress should revoke that immunity, while Rep. Matt Gaetz R-FL, has filed a Federal Elections Commission complaint against Twitter for temporarily shadow-banning him on the grounds that restricting himself but not his Democrat opponent was the functional equivalent of an illegal corporate donation. Rep. Devin Nunes, R-CA, who was also shadow-banned, said last month he was “looking at any legal remedies we can go through” to address the problem.