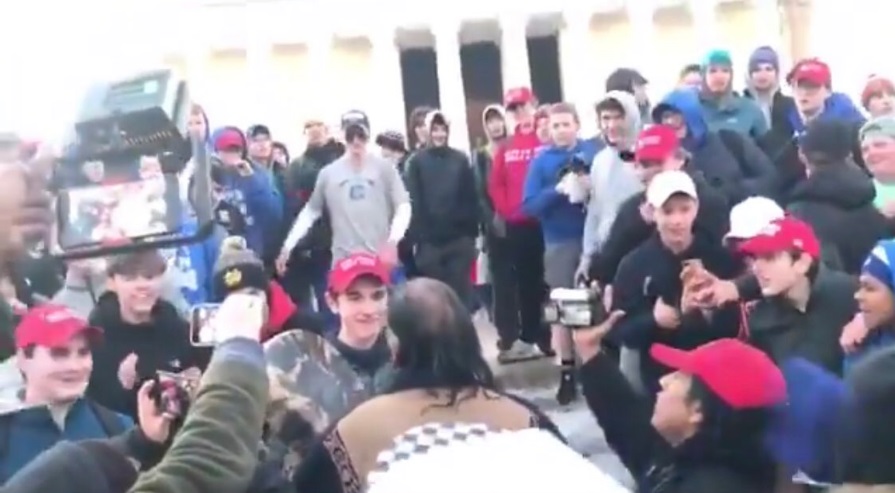 The Native American activist who stirred controversy this week for getting in the face of a teenage Catholic student from Kentucky while beating a drum is likely regretting his actions.

Nathan Phillips made news on Saturday after dozens of mainstream media (MSM) reports claimed he was victimized by mostly white students from Covington Catholic High School in Kentucky, an all-boys private school, following a March for Life rally in Washington, D.C.

Video taken during the incident and subsequently released via social media showed that Phillips confronted the students — not the other way around — and that at no time did they disparage his ethnicity or insult his heritage. In fact, chaperones of the students believed he targeted them because of their religion and because many had donned MAGA hats.

Later reporting also revealed that Phillips is a Left-wing activist who has a habit of creating ‘confrontations’ and claiming he has been victimized by bigots and racists.

Even the Washington Post had to correct the record

Something else that’s been revealed since Phillips’ staged confrontation with the Catholic teens: His phony claim that he is a “Vietnam veteran.”

As reported by Information Liberation, the “Indigenous Life Movement” page on Facebook lists Phillips as an “Omaha Elder” and “Vietnam Veteran.” But after some investigators began looking into that claim, they discovered that Phillips was never there.

In fact, according to retired Navy SEAL Don Shipley, known for exposing phony claims of military service, Phillips “served just under four years” in the Marine Corps Reserve as a “basic electrician” fixing refrigerators between 1972 and 1976. He also enlisted under a different name — Nathaniel Richard Stanard — and went AWOL a lot.

That’s a difference even the Leftist Washington Post had to acknowledge, though the paper buried it at the bottom of this article after initially publishing details about the encounter with the Covington students that all turned out to be false.

Read more about the fake news media at NewsFakes.com.