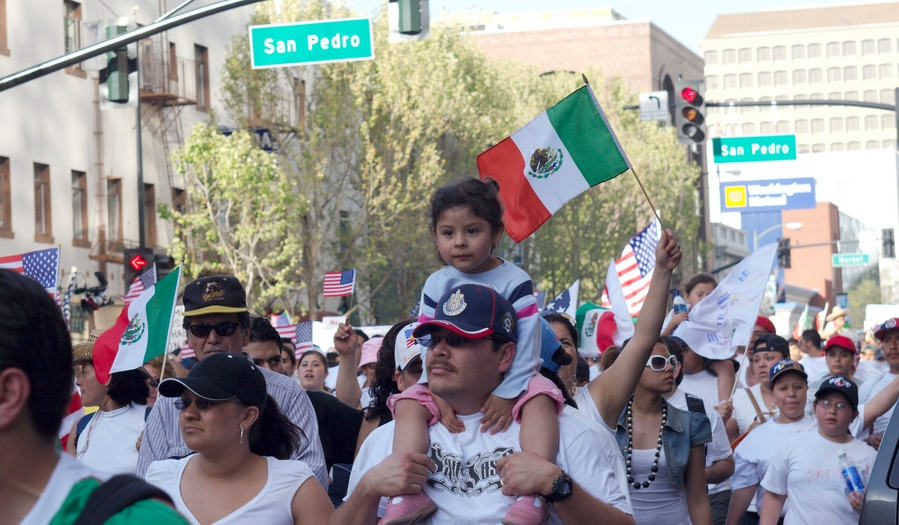 Democrats are going all-out to deny POTUS Donald Trump the resources he and his administration have been demanding in order to deal with the burgeoning illegal immigrant and humanitarian crisis along our southwest border.

Left-wing judicial activists placed on the federal bench by Barack Obama and Bill Clinton are ignoring statutory and case law in order to thwart the Trump administration’s efforts to enforce all immigration laws.

Meanwhile in states, cities, and other jurisdictions they control, Democrats are refusing to assist federal immigration agents or are preventing them from doing their jobs outright – quite simply because Democrats see millions of new immigrants as their way to perpetual power.

And this, despite the fact that nearly 20 percent of the world’s migrant population already resides in the United States.

According to a new study by the Pew Research Center, the U.S. has allowed more foreign nationals in than any other country in the world and is now at about 18 percent of the global migrant population.

And for the record, though most immigrants back then were white Europeans, native-born Americans were not very accommodating to them. Irish were depicted as trolls or apes and denigrated in the same manner as blacks, and others including Germans and Italians were ‘frowned’ upon and openly called derogatory names.

For Democrats, we will never have enough immigrants – until the Left controls everything

The Democrat Party, in particular, was harsh on new arrivals. Period political cartoons dominated by Democratic newspapers often depicted white immigrants as slovenly, ape-ish, monster-like, ill-mannered, poverty-stricken, and needy (as in on the public dole).

Today, however, the Democratic Party uses immigrants as a means of changing the political dynamic in the country – away from the constitutional republic of our founders to a socialist/Marxist nightmare in which they control all levers of power (and the masses).

Mass immigration has come at the expense of America’s working and middle class, which has suffered from poor job growth, stagnant wages, and increased public costs to offset the importation of millions of low-skilled foreign nationals.

Four million young Americans enter the workforce every year, but their job opportunities are further diminished as the U.S. imports roughly two new foreign workers for every four American workers who enter the workforce. Even though researchers say 30 percent of the workforce could lose their jobs due to automation by 2030, the U.S. has not stopped importing more than a million foreign nationals every year.

It should be noted that once upon a time, this very demographic – working and middle-class Americans – was the Democratic Party’s political power base. Increasingly, this group has swung towards Republicans, which have (once again) become the real party of the American worker under POTUS Donald Trump. (Related: Democrats claim compassion for illegal immigrant children ravaged by sexual predators but do NOTHING to protect American children from vaccine predators.)

Corporations have played a role in the importation of cheap labor via immigration – illegal and otherwise. But rather than bastions of conservatism, most large companies, especially in the tech industry, are more often run by Democrat-aligned Leftists who engage in crony capitalism to move into the ‘elite.’

There are far too many Republicans who refuse to see the dangers inherent in limitless immigration. But for the most part, whenever we see political support for open borders, importation of cheap labor, and pushback against any attempt to ‘Americanize’ our immigrant population, the Democratic Party’s filthy hands are all over it.

Read more about Democrats’ open borders plan for immigrants to invade the USA at OpenBorders.news and InvasionUSA.news.