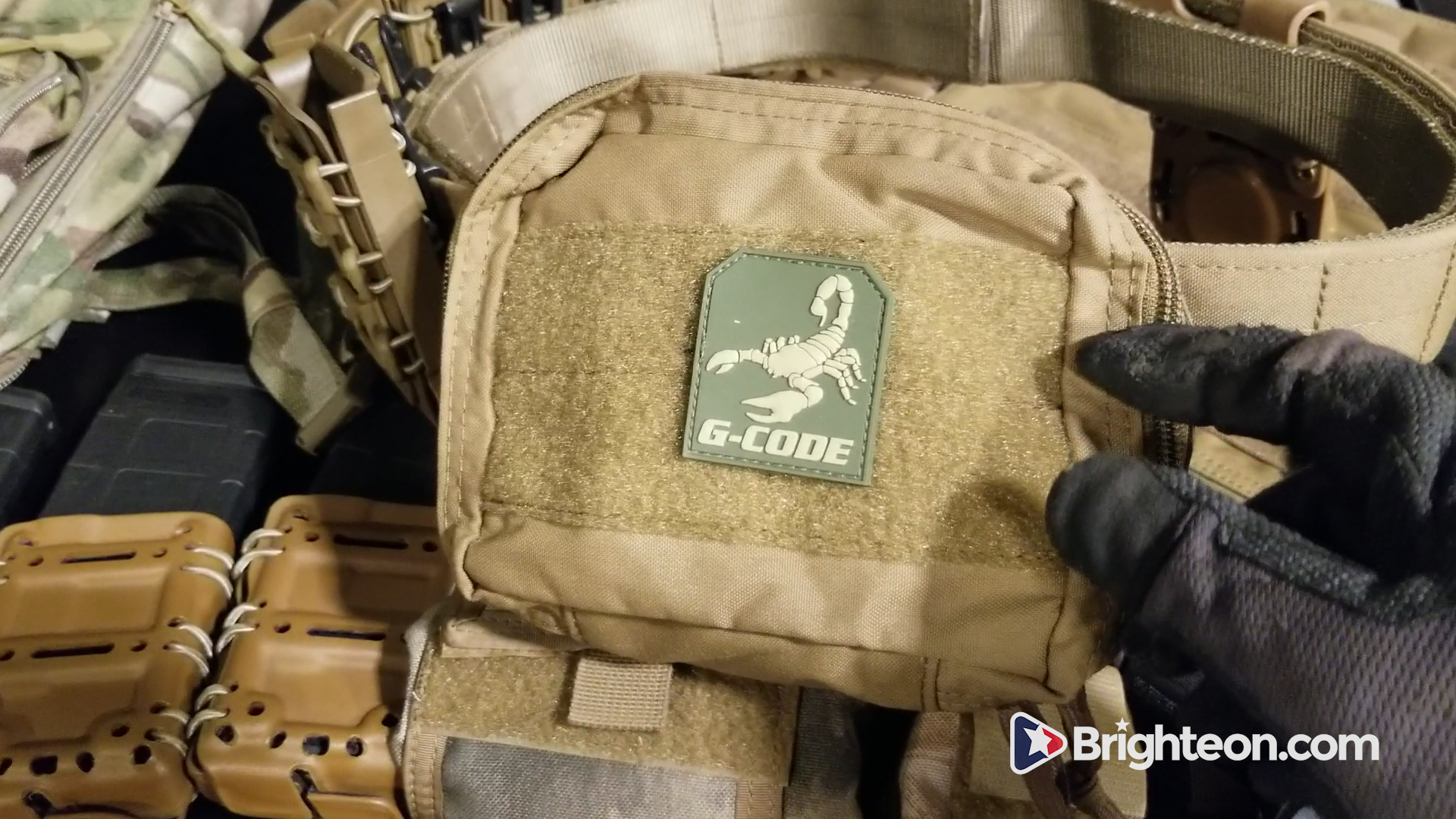 You’re about to see a video that would be almost instantly banned on YouTube: A visual tour of my “battle belt” that details the specific gear I carry on a “light recon” load out for self-defense and SHTF community defense scenarios. The video also covers a unique configuration of backup sights and a pistol light mounted on a battle rifle, which achieves a very specific purpose in low-light shooting conditions (such as clearing your own home after a home invasion).

This load out is designed for hot weather climates and therefore doesn’t use a chest rig. It puts ammunition, first aid gear and other equipment in the center mass of your body, allowing you to easily carry a surprising amount of gear with minimal effort. Everything you’re about to see in this video is completely legal in Texas, where I’m based. It might not be 100% legal in communist-controlled regimes like California, so check your local laws and keep it legal. You can always add a chest rig or plate carrier to this setup.

As you’ll see from all my videos, I always recommend staying in compliance with local laws. Personally, I don’t own any SBRs or full-auto gear. I also emphasize that all this gear is about protecting the innocent, stopping criminals and upholding the rule of law. I do not condone the initiation of violence against anyone, but I do train to stop violence being carried out against innocent people.

Interestingly, when I’m at public shooting ranges, cops and sheriff’s deputies are always asking me about my gear and asking for my advice on their gear. This video helps answer a lot of those questions. Truth be told, with SWAT being the exception, most cops and deputies have shockingly crappy gear and are often lacking in proficiency on how to use that gear. If you are relying on cops to protect you against violent criminals, you are putting your faith in the wrong place.

Based on U.S. military and special forces experience

Although this battle belt load out is nowhere near the size of a full battle load out used by U.S. soldiers, this lighter configuration is based on the wisdom I’ve learned from my buddies and tactical training partners who served in the U.S. military (Navy SEALs, U.S. Marines, U.S. Army, etc.). One of the first things they teach you in the military is that ounces are pounds, and pounds are pain. That’s why this load out is specifically selected to be extremely light, using a lightweight Trijicon MRO red dot optic, for example, and a 14.5″ RECCE variant of a Bravo Company (BCM) recon rifle.

The belt rig is made by G-Code, which you can acquire via TacticalHolsters.com. It’s a rugged, modular gear system that I’ve used during countless training sessions, and the gear has never failed. The rifle is from BCM, one of the most-trusted manufactures of field-proven battle gear. You can find them at BravoCompanyUSA.com. The sling, hand grip and B.A.D. lever are all from Magpul. The knife is the StratoFighter (folder) from Dark Ops Knives. The Flatpack with the water carrier is from Haley Strategic, and the pistol is a Sig Sauer P320 with a ROMEO red dot sight.

In combination, this gear creates a super comfortable, easily accessible setup that gives you access to your pistol, rifle, knife, backup knife, first aid gear, tourniquet, blood stop plunger and much more. On top of that, it also puts 3 pistol mags and 3 rifle mags within easy reach, without using a chest rig. Combined with the one additional mag already in your rifle, this setup gives you almost 120 rounds of rifle ammunition, plus 4 total mags for your pistol, all in a package that’s incredibly light weight while granting you tactical engagement ranges out to about 300 yards (or farther if you know your holds).

Why would you need such a setup? This is what I consider the “basic home defense” setup, and you would not want to face off against looters or home invaders without this minimal setup. In rural Texas, where the police are at least 25 minutes away, we take care of problems ourselves, then call 911 after the threat is eliminated.

Watch the video exclusively at Brighteon.com, and see more news about survival gear at GEAR.news.

Gear alone won’t save you from bad guys. You need to also need to know how to use the gear. You’ll need a minimum of 100 hours of training to be proficient in this gear, covering everything from reloads, clearing jams, bilateral shooting, one-handed tourniquet use, knife deployment, etc. Before attempting to deploy this level of tactical gear, make sure you get adequate safety training and field training by qualified professional experts. Personally, I recommend hiring former military to teach you the basics, and virtually every U.S. Marine is highly proficient in all this gear.

If you are too stupid to understand that this gear is potentially dangerous if you mishandle it, then don’t handle it. If you try to handle a knife in the way I depict on the video, you do so at your own risk, obviously. I have thousands of hours of tactical training and practice. Don’t expect to be able to handle sharp knives and loaded guns without putting in the hours to keep it safe and legal.

Also note that this gear is heavy on the first aid / “medic” side of things, providing you with a tourniquet, deep wound blood stop kit, hemostatic gauze and even a chest wound seal. A lot of people forgot to cover the first aid needs in all this, and they forget that engaging bad guys in a kinetic engagement always puts you at risk of being shot yourself.

So get proper training. Keep it legal. Get proficient. Practice at least a few hours each month, or you’ll lose these skills (they are perishable skills).

Also, watch this amazing free video course filmed with a couple of my buddies, called “Real Self-Defense – The Joy of Shooting”

(REAL.video is the old name. It has been changed to Brighteon.com)