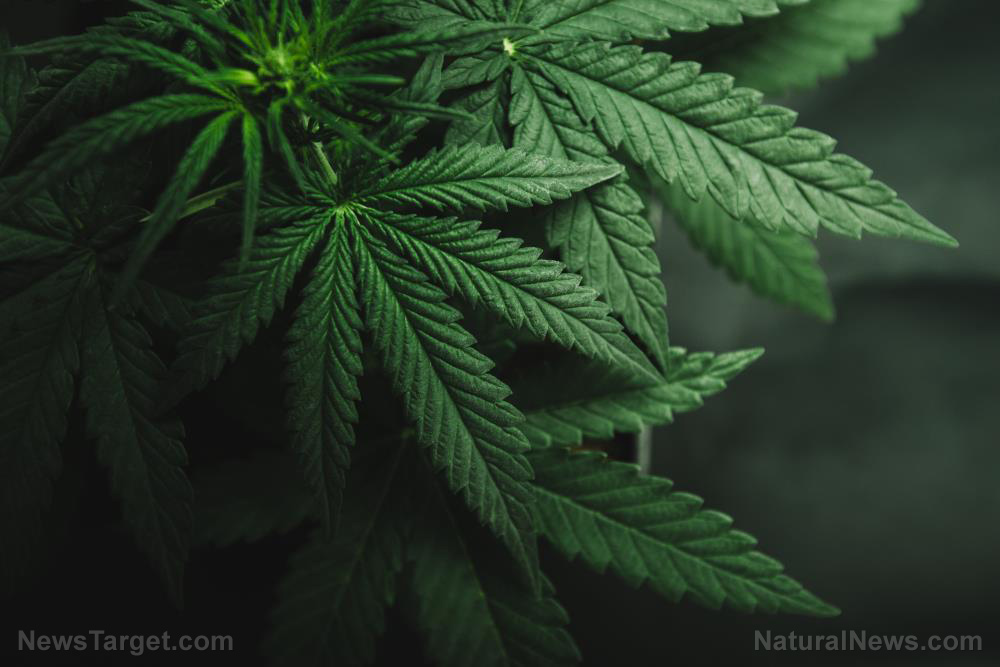 A 37-year-old man from Illinois has been sentenced to serve two years in prison for using all-natural cannabis oil to treat his stage-three testicular cancer.

Even though Illinois recently legalized cannabis for adult use, Thomas J. Franzen had reportedly ordered a large amount of THC-infused edibles from California prior to this law being passed, which prosecutors used as an excuse to charge him with “drug trafficking.”

According to reports, Franzen, who had never previously been convicted of a crime or even been arrested, plead guilty in Kane County Circuit Court to possessing more than 5,000 grams, or 176 ounces, of cannabis – which, under existing prohibition laws, is considered to be a felony punishable by up to 60 years in prison.

Fortunately for Franzen, at least one of the prosecutors in the case felt a morsel of compassion, and decided to drop the distribution charges down to possession. But Kane County State Attorney Joe McMahon still declared in court that, based on the “evidence,” Franzen is still somehow “a drug dealer.”

“In recognition of the seriousness of Mr. Franzen’s medical condition, our office reduced a 12-year mandatory minimum sentence to four years, of which he is required to serve only two years,” McMahon further explained.

In some prohibition states, you can torture and rape a child and get less of a prison sentence than if you’re caught with cannabis

What’s even more disturbing is the fact that actual crimes like torturing and raping a child carry with them a lesser potential prison sentence in the “Bible Belt” south, where cannabis prohibition remains strong, than if you’re caught in possession of, or deemed guilty of “trafficking,” the cannabis plant.

This is what happened in Georgia recently, where a 33-year-old man who confessed to luring a 15-year-old girl into his home, only to lock her in a dog cage and rape her for over a year, was let off the hook for this horrific crime – even as a 69-year-old great grandmother was recently arrested at Disney World in Florida simply for bringing along medical CBD (cannabidiol) oil for her back and arthritis pain.

Something is very seriously amiss with this country’s criminal justice system when child rapists and pedophile predators receive no jail time whatsoever for their crimes, at the same time that cancer patients who use God-made plant botanicals for relief are put behind bars. But this is the consequence of the life-destroying war on “drugs,” which is really just a war on people.

Regardless of what the corrupt Drug Enforcement Agency (DEA) and its federal scheduling decrees claim about cannabis having “no medical benefit,” this precious plant is actually one of the most medicinal plants on the planet.

Even the National Institute of Drug Abuse admits, in defiance of the DEA’s Schedule 1 classification, that cannabis does kill cancer cells, as well as dramatically reduces the growth of new cancer cells.

Further, studies have shown that taking tetrahydrocannabinol (THC) along with CBD in combination creates a synergy that leads to a “reduction in the viability of U87MG glioma cells,” which are a type of brain cancer.

“It’s interesting to contrast two sentences in the news: This guy with terminal cancer gets four years in prison, while a Barrington woman got probation after being convicted of cyberstalking and using a flamethrower to torch her vehicle that she had reported stolen,” wrote one commenter at the Daily Herald, a local Chicagoland newspaper.

“In the first case, there was no victim. In the second, there was one victim and police and presumably an insurance company had to deal with a false police report that her car was stolen … There is something seriously wrong with our priorities when the law sends to prison a person with stage 4 cancer presumably to protect him from being harmed by cannabis.”

For related news, be sure to check out PoliceState.news and MarijuanaToday.news.