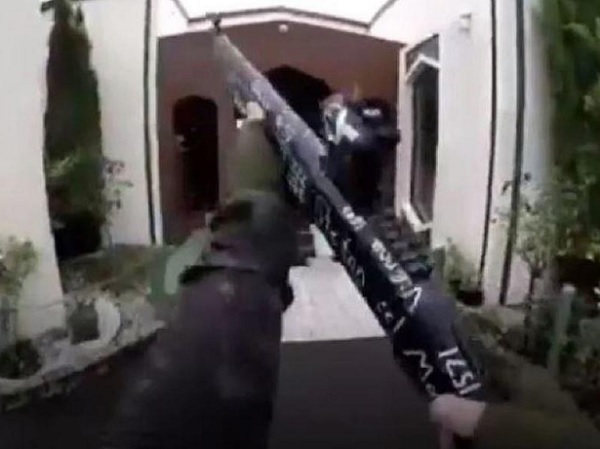 Following the country’s worse mass shooting in history, Left-wing New Zealand politicians immediately followed their authoritarian instincts and moved to ban “assault weapons” though such rifles had never before been used to murder a large group of citizens.

This time, however, it was really different because there was a large virtue-signaling element in play: A white Australian guy purported to be a ‘hater’ attacked a mosque and though Muslims killing Christians never quite rises to the same level of emergency (or outrage), attacking and killing Muslims is intolerable and extreme measures must be taken to ensure ‘it never happens again.’

Make no mistake: Mowing down innocent people no matter who they are or what god they follow, whether it be with a semi-automatic rifle, a shotgun, or a big cargo van, is wrong. And of course the guilty should be punished to the fullest extent of the law.

But why do Leftists always seek to punish the innocent as well, usually by taking away some right or several rights, all in the name of “justice?”

That’s what happened in New Zealand, but now police there surely must be regretting that the country dared to allow its citizens to own firearms without making them register their guns in a central, government-controlled database — because it’s becoming nigh on impossible for them to locate and confiscate firearms banned following the Christchurch mosque killings in mid-March.

Not only that, but the government has only budgeted what analysts believe is about half of the money needed to implement its buy-back program that was enacted as part of the ban on certain semi-automatic firearms after the mosque shootings.

As the New Zealand Herald reports, the government has only set aside about $150 million for the buy-back “scheme,” which is “in the middle of Treasury’s previous estimate that the buy-back scheme will cost” — estimated to be between $100-$200 million.

However, gun lobby organizations believe the costs could be as high as $500 million, owing, in large part, to the lack of knowing just how many of the now-banned guns are owned by New Zealanders. Since there is no universal registration, it’s impossible to know. (Related: New Zealand mass shooter is a far-Left “eco-fascist” who praised communist China.)

The paper noted further that the scheme is far from universally popular:

Gun owners expressed outrage at the Government’s gun law reforms following the March 15 terror attack, and have been waiting to see if the buy-back scheme will be fair.

A further $18 million has been put towards the police scheme, which is still being worked out, for collecting the semi-automatic military style firearms that are now illegal.

Chris Cahill, with the country’s Police Association, said it’s not clear if this year’s budgeted funding for the buy-back would be adequate because New Zealand (like America) does not have an official gun registry.

“We really have no idea how many of these firearms are out there in New Zealand,” Cahill told the Herald. “Which really points to how bad our firearms legislation has been, that we have let this get out of control.”

Letting citizens own the means to defend themselves without government control and permission via licensure and registration? How awful.

Now you know just how precious the Second Amendment to the U.S. Constitution really is, as well as how unique of a governing document our founders bequeathed us. We are, and remain, the only country that officially recognizes firearms ownership as an inalienable right not to be controlled (or taken away) by tyrannical government.

In any event, as NewsTarget reported earlier this month, only a few hundred guns had been turned into police at that time. According to authorities, just 530 or so rifles had been turned in out of about 250,000 licensed firearms holders who own as many as 300,000 now-illegal guns.

Read more about the U.S. Second Amendment and American gun rights at Guns.news and SecondAmendment.news.