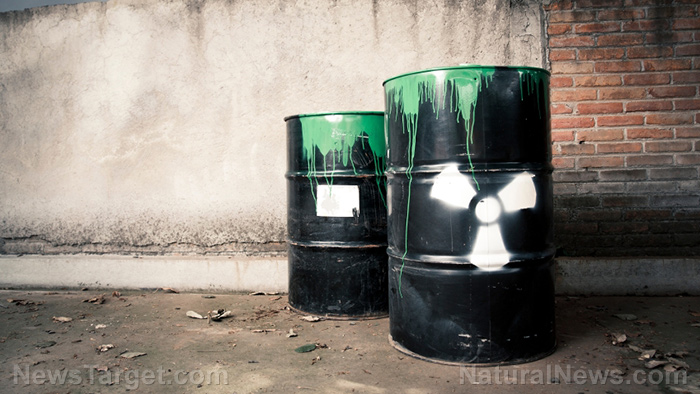 Americans who join the armed forces know in advance that they are volunteering for what can be  one of the most dangerous jobs in the world if or when the country goes to war.

That is especially true for our special operations warriors who are very often sent into harm’s way even when the country itself is not fighting a full-fledged war against another country.

But a group of special forces troops who deployed to a former Soviet-era military base in support of operations in Afghanistan immediately following 9/11 attacks could not have anticipated they were going to dropped into the middle of a nuclear nightmare.

U.S. special operations forces who deployed to a military site in Uzbekistan shortly after the 9/11 attacks found pond water that glowed green, black goo oozing from the ground and signs warning “radiation hazard.”

Karshi-Khanabad, known as K2, was an old Soviet base leased by the United States from the Uzbek government just weeks after the Sept. 11, 2001, attacks because it was a few hundred miles from al Qaeda and Taliban targets in northern Afghanistan.

In the very earliest days of the war, the Uzbek base was a vital hub, where forces supplied airdrops, medical evacuation, and airstrikes in support of U.S. ground forces that had been sent into Afghanistan against Taliban elements.

K2 was a danger from the outset, however, because it was laden with radioactive waste and remnants of chemical weapons as well as other hazards — the epitome of a failed empire, McClatchy reported, citing documents the news organization had managed to obtain.

According to a 2015 Army study of the base, at least 61 men and women who served at K2 have either died from cancer or have been diagnosed with some form of it. However, McCaltchy notes that figure may not even include the number of special forces troops who used the base as an operational center because many of their missions are still deemed top secret.

That said, some of the vets who were stationed at K2 are speaking out now for the first time because they are having trouble getting the Department of Veterans Affairs to cover all of their medical costs.

The Pentagon knew the place was contaminated

“After returning from combat years later, we are all coming down with various forms of cancer that the [Department of Veterans Affairs] is refusing to acknowledge,” retired Army Chief Warrant Officer Scott Welsch told the news organization.

He deployed to K2 as a special operations military intelligence officer in October 2001, just days after the 9/11 attacks. (Related: Chemicals found in firefighting foam linked to cancer, thyroid disease and other health problems.)

Others who served at the base have written letters to members of Congress seeking their assistance in dealing with their ailments.

According to documents, the Department of Defense knew that the base was contaminated from the very beginning, but likely was forced to use it anyway as there were probably few other options in the earliest days of the Afghan war.

Still, after Uzbek workers who were preparing the grounds for the arrival of U.S. force began to fall ill, U.S. Command only directed intelligence officials to review the base, not find an alternative.

The report also found that the “tent city” being built to house U.S. forces at K2 — including those for eating, showering, and sleeping — were “in some cases directly on top of soil that probably was contaminated” by at least four hazards.

Photos accompanying the McClatchy report show troops standing next to signs in English and Russian warning people of “chemical agents” and “unexploded ordnance” in the area.