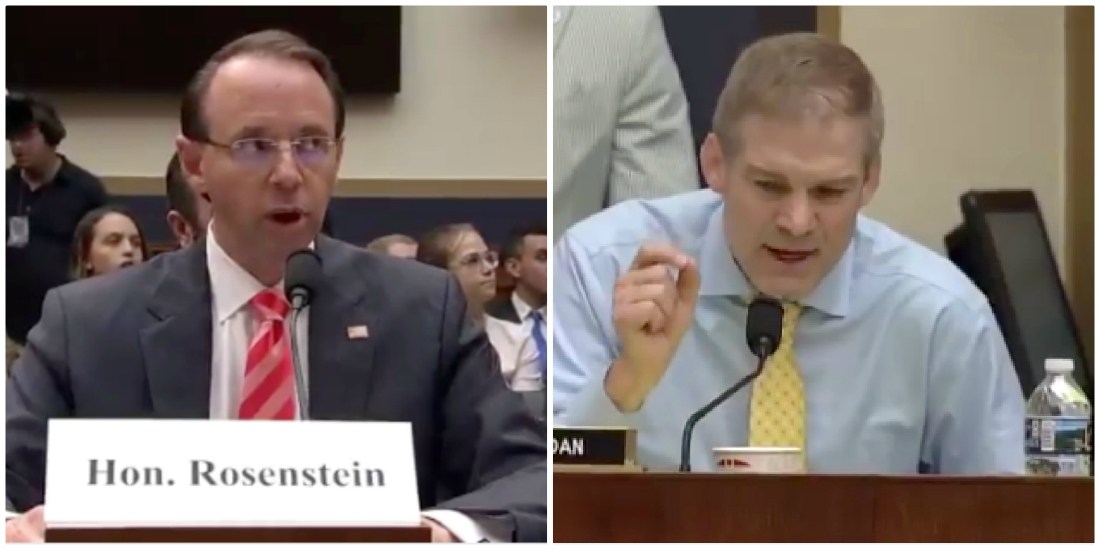 To be sure, there are fewer members of Congress who are bigger patriots and have higher ethical standards than Rep. Jim Jordan, R-Ohio, but because he’s so pro-America and so effective at what he does, he’s been targeted by the Deep State smear machine now that he’s announced his intention to try and replace Paul Ryan as speaker.

In life before Congress, Jordan was a star collegiate wrestler and then an assistant wrestling coach at Ohio State University. For a decade he helped coach some of college wrestling’s better athletes.

There were no improprieties or allegations of improprieties. And nothing nefarious surfaced during his subsequent House campaigns.

But suddenly, shortly after this Freedom Caucus member voiced his desire to become the third-most powerful person in our system of government, pow: Jordan was hit with allegations of a sexual nature dating back to his days as a coach at Ohio State.

Because that’s how the Deep State rolls.

Jordan has been accused by five former wrestlers of ‘looking the other way’ after they were allegedly fondled and sexually harassed by a male team doctor, who is deceased. Despite the fact that these former wrestlers have questionable pasts, Ryan seemed prepared to throw Jordan under the bus.

Jordan has repeatedly, and vehemently, denied having any knowledge of those incidents.

And isn’t it just oh-so-convenient for his political opponents that these allegations have surfaced now — as he has expressed an interest in taking over for Ryan as Speaker.

Ryan is having none of that. After all, why would a RINO help a true conservative Republican take over House leadership?

These are serious allegations and issues,” a spokesman for Ryan told USA Today in an email. “The university has rightfully initiated a full investigation into the matter. The speaker will await the findings of that inquiry.”

It’s not just Ryan who wants Jordan’s head on a platter. As The Gateway Pundit reported, CNN was attempting to contact all 100-plus former staff and interns just to look for something on Jordan.

Now @CNN is contacting all 100+ of our former staff and interns asking for dirt on me. Getting desperate! How can you ever trust such #fakenews?

There’s more. The law firm that is handling the allegations of the five wrestlers is Perkins Coie — the very same one that represented Hillary Clinton’s campaign and served as the middleman to pay for the fake Russian “dossier” the FBI used to launch a bogus “counterintelligence” instigation into POTUS Trump’s 2016 presidential campaign (Spygate).

The charges also come at a time when Jordan has been hammering Deep State careerists like Deputy Attorney General Rod Rosenstein and others over the Justice Department’s involvement in letting Hillary Clinton off the hook while attempting to entrap Trump campaign officials and ensnare the president in a never-ending special counsel probe.

But it’s not that Jordan doesn’t have any allies. The entire House Freedom Caucus supports his version of events without question. Several other former wrestlers along with Russ Hellickson, OSU’s head wrestling coach during Jordan’s stint with the team, have also come to Jordan’s defense, The National Sentinel reported.

Read more about the disgusting Deep State at DeepState.news.