Uncensored and Independent Media News
Home
Health Freedom
Second Amendment
Prepping
Survival
Censorship
Subscribe
SHOP
Popular Articles
200 Democrats are willing to take away your Second Amendment rights to pursue the SAME law that had NO impact on gun crime in the 1990s, an “assault weapons ban”
08/18/2019 / By JD Heyes / Comments
Bypass censorship by sharing this link: 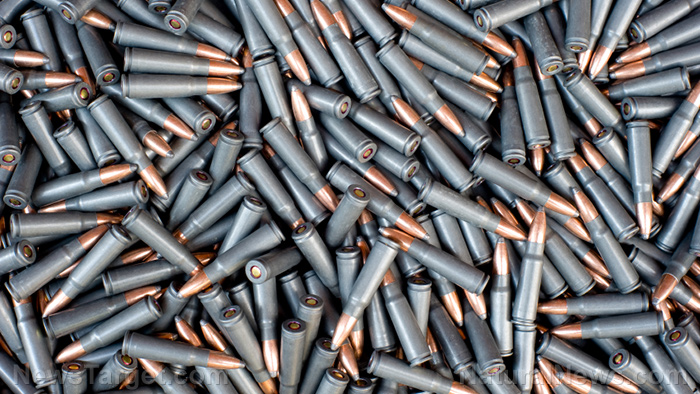 Like lemmings — or, more appropriately, like brainwashed followers of Vladimir Lenin and Adolph Hitler — the vast majority of House Democrats just signed onto a piece of gun control legislation that a) violates the Constitution; b) won’t do anything to cut down on gun violence; c) won’t stop mass shootings; and d) will serve as a springboard for future insults to the Second Amendment, should these tyrants ever gain full control of government.

As reported by The Truth About Guns, 200 Democrats (as of this writing) are backing a new ban on “assault weapons” — whatever that means — and are determined to push it through the lower chamber, where, for now, it will die in the GOP-controlled Senate.

An assault weapons ban is picking up steam in the House and on the 2020 campaign trail as Democrats search for a way to respond to two recent mass shootings while putting greater political pressure on recalcitrant Republican leaders.

Former Vice President Joe Biden, the front-runner in the Democratic presidential primary race, this week vowed to reinstate and strengthen the 1994 ban on assault weapons and high-capacity magazines if he’s elected president, declaring in a New York Times op-ed: “We have to get these weapons of war off our streets.”

Except that they’re not “weapons of war.” You couldn’t take 95 percent of the military-look-alike semi-autos “to war” because they’re not built for “war.” The barrels aren’t heavy enough. The components are not robust enough. In short, they don’t even come close to “MILSPEC” — military specifications. They would fail in “war.”

But hey…calling them “weapons of war” sure sounds great on the campaign trail when you’re playing to a bunch of ignorant clapping seals who, between the lot of them, couldn’t correctly answer a single question about this class of rifle if their lives depended on it.

And since we’re in a Democrat fact-free zone for a moment, let’s talk about all the good the 1994 ‘assault weapons ban’ did.

None. Zero. Zilch. Nada. The FBI backs up that claim and so do several studies. Banning those kinds of weapons had no impact on gun crimes or the murder rate.

Yeah, yeah, we know. Gun manufacturers made some cosmetic changes to the weapons in question so that similar ones could be sold. But the fact remains these weapons are not a big problem in terms of gun crime overall.

The end game here, folks, is banning ALL guns

That would be handguns. And noone in the Democrat Party is talking about banning them. Yet.

“Handguns were used in 19 times as many murders than rifles were in 2016, according to the [FBI] Uniform Crime Reporting data. Handguns killed nine times as many persons as rifles, shotguns, and other guns did combined. The type of firearm used was unknown for about 28 percent of all firearm murders,” The Daily Caller reported in February 2018.

Who cares, right? We’ve got to do something. Anything. Something to make it look like we care about Americans. Even if it’s 110 percent political. Even if it won’t work. Even if it’s doomed to failure before the ink is dry on the new law.

You see where this is going, right? Democrats have put their finger into the political winds and believe this is a winning issue for 2020, so they are all on board with a new gun ban because they think it’ll play well at the polls. You can tell they don’t really give a damn about you and me, though, because they are reintroducing a law that failed to have any real gun crime impact.

But they won’t stop here. Because mass shootings won’t end with an ‘assault weapon’ ban. So what’s next? Then they’ll have to go for more guns. And then more. Until soon the ‘only common sense solution’ will be to ignore the Second Amendment and just ban guns altogether.

And even then, murder won’t cease to exist.