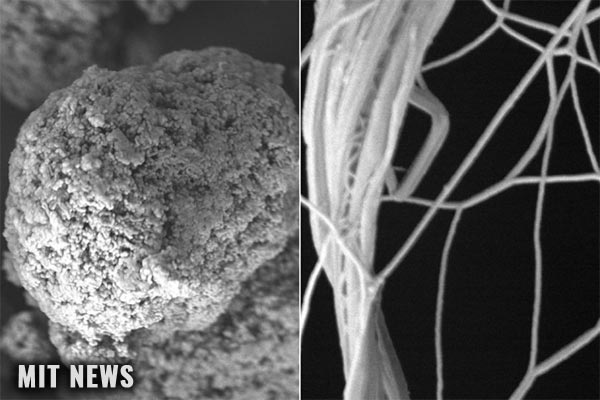 Many polymers – materials made with long, chain-like molecules – are very good insulators of heat and are usually the go-to material for thermal insulation. However, a recent study published in the journal Nature Communications managed to turn the idea of polymer insulators on its head as researchers were able to develop polymer films that can conduct heat, a property normally associated with materials such as metals and ceramics.

Polymers are lightweight, flexible, corrosion-resistant, and easy to process. The researchers noted that using polymers have a significant advantage over traditional metal conductors due to this unique combination of properties not present in other materials.

Engineers from the Massachusetts Institute of Technology (MIT) found that these polymers, which are thinner than plastic wrap, have better thermal conduction than most metals, including steel. This study might encourage the development of polymer as a good alternative to metal heat conductors.

“We think this result is a step to stimulate the field,” says senior co-author Gang Chen, the Carl Richard Soderberg Professor of Power Engineering at MIT. “Our bigger vision is, these properties of polymers can create new applications and perhaps new industries, and may replace metals as heat exchangers.” (Related: Biodegradable, compostable polymer films show promise for developing more eco-friendly packaging materials.)

A previous study by the research team reported the success of transforming the most widely used polymer, polyethylene, into thin fibers that were 300 times more effective at thermal conduction than normal polyethylene. This study, published in Nature Nanotechnology, drew the attention of many industries, including manufacturers of race cars and computer cores. However, in order for these polymers to work in these applications, these fibers needed to be scaled up into manageable films.

“At that time we said, rather than a single fiber, we can try to make a sheet,” Chen said. “It turns out it was a very arduous process.”

Not only did the researchers need to develop a way to turn these thin fibers into a usable sheet, but they also had to build their own apparatus to test the heat conduction of those sheets.

Fortunately, they were able to engineer thin films of polymer from commercial polyethylene powder. Normally, the molecular structure of polyethylene and other polymers resemble tangled spaghetti. These tangles make it difficult for heat to flow, contributing to a polymer’s amazing insulation properties. The research team was able to untangle these molecular chains and created a stretched-out film.

Using a custom-built apparatus, the researchers were also able to test the film’s heat conduction. Their findings showed that the engineered film conducted heat at around 60 watts per meter per kelvin (W/m-K). To put this into perspective, diamond, the best known heat-conducting material, measures 2,000 W/m-K, while steel comes in at around 15 W/m-K.

To understand why these films conduct heat as they do, the research team conducted X-ray experiments at the U.S. Department of Energy’s Advanced Photon Source. The researchers claimed that doing experiments at one of the world’s brightest X-ray facilities allowed them “to view the nanoscopic details within the individual fibers that make up the stretched film.”

Using the facilities available to them, the researchers observed that heat conduction is consistently better in fibers with less coiled molecular chains. The team said that their findings could help other researchers engineer polymer microstructures to efficiently conduct heat.

However, study co-author Jiawei Zhou noted that the engineered film only conducts heat along the length of its fibers. This unidirectional heat conductor could be used in carrying away heat from certain points, like inside laptops and other electronics. Ideally, however, he said that the film “should dissipate heat more effectively in any direction.”

While they have succeeded in carrying out what lead author Yanfei Xu described as their “dream work,” The researchers plan to continue improving the thermal conductivity of their polymer.