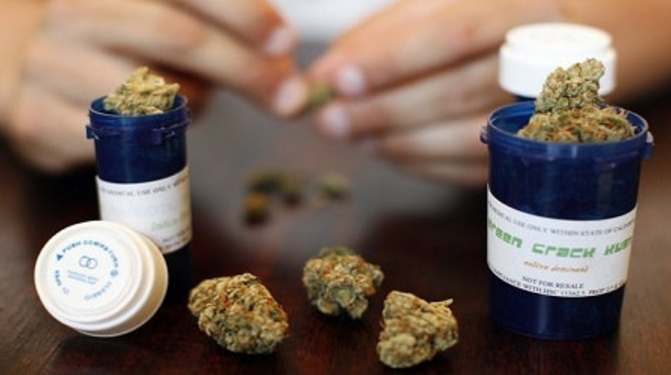 The fact that Big Pharma has been a driving force behind marijuana prohibition is hard to ignore — especially when it comes to the number of opioid manufacturers that have spent thousands of dollars fighting against medical marijuana. The plague of opioid addiction has struck the United States hard, leaving countless numbers of overdoses, deaths and destroyed families in its wake. And yet, the people who pushed these highly addictive drugs onto the unsuspecting public are suddenly playing martyr, spending nearly a billion dollars to keep opioids on the market and fight cannabis legalization, under the alleged pretense of public safety. It just doesn’t add up, does it?

Studies have shown that medical cannabis can help reduce opioid abuse and save lives, but to Big Pharma, profits are always more important than people. Indeed, if the pharmaceutical industry was actually concerned about human health, as they proclaim to be, lobbying and bribing politicians wouldn’t be at the top of their agenda. As Allen Frances, Professor Emeritus at Duke University, contends, “Recent history makes clear that Pharma owns Washington and also many state capitals. It invests twice as much on marketing and lobbying as it does on research and is much better at buying politicians than producing better products.”

In addition to helping people overcome their addiction to opioids, research has shown that medical cannabis can help prevent more addiction by providing pain patients with a safer alternative to begin with.

It’s obvious that Big Pharma has more than just keeping marijuana illegal in mind, however. Awareness about the addictive and dangerous nature of opioids is growing — and as more people wake up to the fact that Big Pharma’s opioid painkillers are deadly, the industry is undoubtedly looking to find a new cash cow.

There are many indications that Big Pharma is looking to take over the cannabis market. For example, Insys Therapeutics — an opioid manufacturer that’s come under fire for their unscrupulous marketing and sales tactics — secured DEA approval for synthetic marijuana in March.

Further, Insys Therapeutics spent $500,000 last summer to fight cannabis legalization in Arizona. Over a nine-year period, the pharma industry as a whole spent $880 million to fight cannabis reform and keep opioids flowing freely. If they actually opposed legalizing marijuana, why are they trying to patent a synthetic? The company doesn’t care about cannabis; it cares about protecting their profits.

And it’s not just Insys Therapeutics; countless companies are looking to secure their place in the marijuana market. Corporate behemoths like Monsanto and Bayer are also reportedly looking to patent cannabis.

It’s no secret that legal weed is immensely profitable; as Waking Times reports, the state of Colorado reported that their yearly sales had already topped $1 billion in October — and those sales are expected to rise dramatically as the holiday season draws near.

The race to take over the cannabis market is on and Big Pharma is doing their best to lead the charge — especially when it comes to synthetics. But, there is no synthetic that can even come close to the real plant; in fact, Big Pharma’s bogus synthetic versions of the plant may even be dangerous.

Big Pharma has had their hand in preventing cannabis legalization for years — and now, they’re trying to take over the marketplace. [Related: Read more stories about medical marijuana at CBDs.news.]