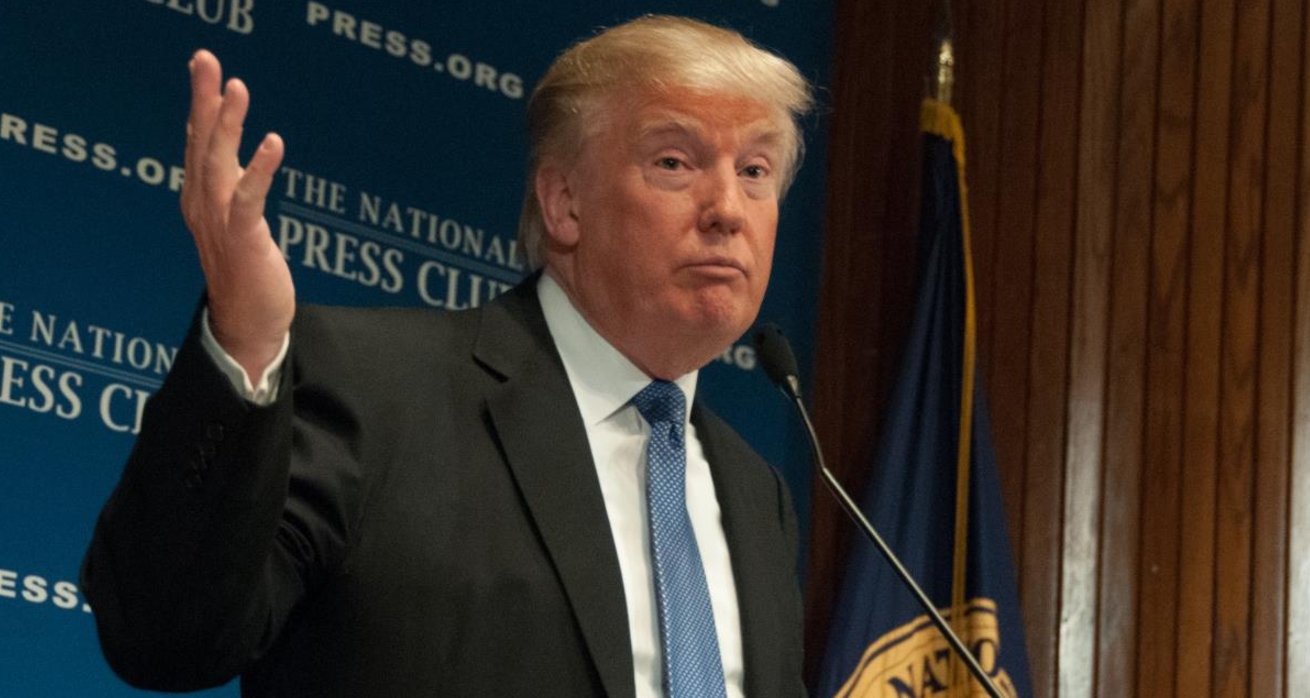 To conservatives, President Ronald Reagan was the gold standard of the modern political movement.

Notice I said “was.” Now, there’s a new gold standard for conservatives, and it’s someone who actually is very fond of gold: President Donald J. Trump.

But don’t take my word for it. The conservative-leaning Heritage Foundation just proclaimed it so after comparing the two commanders-in-chief’s first year in office.

As reported by The New York Times, thus far the Trump administration has enacted policies that closely align with the foundation’s, noting that some two-thirds of the administration’s policy recommendations over several areas were implemented:

Not one to dwell on the details of governing, President Trump has shown a considerable degree of deference to groups within the conservative movement like Heritage, leading to a rightward shift in social, environmental, immigration and foreign policy.

The results, Heritage found in its review, exceeded even the first year of Ronald Reagan’s presidency, whose tenure has long been the conservative gold standard.

“There is so much noise in this town that I think it obscures the real work that’s being done,” said Kay Coles James, the new president of the Heritage Foundation. “This administration is doing quite well in terms of advancing a conservative agenda — clearly, quite well.”

As Obama’s reign of Alt-Left politics and corruption came to an end, Heritage began drafting a sort of ‘wish list’ of policy priorities that it intended to present, hopefully, to a new incoming Republican administration.

The foundation got its wish: Trump handily defeated the most criminally investigated candidate ever, much to the chagrin of the Washington Establishment (which is bipartisan, by the way). And so, based on what Trump campaigned on — cutting regulations, stepping up enforcement of all immigration laws, promoting pro-American economics and cutting taxes — the conservative group saw its opportunity.

Trump’s administration has delivered in spades. Of the 334 policy prescriptions Heritage offered, the Trump White House has adopted 64 percent of them — including reimposing work requirements for able-bodied Americans receiving government assistance, ending the DACA program which protects illegal aliens brought in as children from deportation action, withdrawing from the Paris climate accords, and ending special protections for transgendered individuals.

During Reagan’s first year, by comparison, only 49 percent of the foundation’s wish list was implemented as policy.

But here’s the teachable moment and it applies equally to Americans of any political persuasion: What Trump’s policies do more than anything is reestablish freedom and liberty. (Related: AG Jeff Sessions declared open season on states where pot is legal, but here’s why his policy change WON’T MATTER.)

We can, and should, as a nation have honest policy debates on every issue facing the country. For instance, there are legitimate concerns about the DACA “Dreamers” — people who are illegally in the country but through no fault of their own, since they were brought here illegally as children by their parents. They don’t really know any other country so, without calling people “racists” and “bigots,” there are issues we could discuss, through our representatives, about how to, say, allow them time to transition into citizenship.

But other policies Trump and his administration have implemented — like cutting two regulations for every new regulation passed, and eliminating big government interference in our lives — pays liberty dividends for us all. Such policies open the door for more liberty, not less.

For example, as reported by LivingFree.news, Trump issued an executive order in May 2017 that dramatically reduced the federal government’s role in local primary education, a move that deemphasizes Washington’s ‘one-size-fits-all’ approach to public schools and promotes more school board and parental control.

Next up: More health freedom too, as Trump’s Cabinet secretaries continue to follow the ‘golden’ rule of ‘better government is less government.’