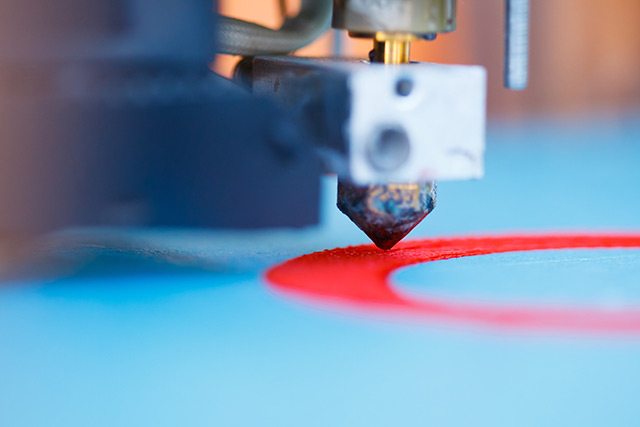 Dutch researchers modernized an ancient technique for making materials that altered their color according to the lighting condition. They modified the method for use in 3D printing devices and applied nanotechnology to achieve the color-changing effects.

The ability of a material to change its color in response to shifting amounts of available light is called dichroism. The 3D printed cup achieved such activity.

When light passed through the material of the goblet, the container took on a clear purple hue. However, when photons reflected from the surface of the plastic, the cup became opaque and assumed a brownish color.

Craftspeople have been using the nanoparticle-based technique for hundreds of years to make dichroic glass for making beautiful drinking vessels. While they wouldn’t have known anything about nanoparticles, they took advantage of the optical effects.

Netherlands-based researchers at the Wageningen University & Research (WUR) got their inspiration from the Lycurgus cup. One of just seven surviving examples of vessels made from dichroic glass, the 1,600-year-old goblet changed color depending on the position of the light source.

Modern analysis showed that the dichroic glass contained tiny particles of gold and silver. The unknown Roman makers of the Lycurgus cup might have pulled off the color-changing effect by grinding the metals to a fine powder and adding tiny amounts to the glass before it cooled into its shape.

Placing the light source in front of the glass made it look see-through and red. Moving the light behind the cup caused it to appear opaque and green.

The WUR researchers updated the technique for making dichroic materials with the latest knowledge in nanomaterial science. They started by increasing the size and length of the gold nanoparticles. Once a particle became large and long enough, it gained dichroic properties.

The original method required the use of citric acid. The researchers substituted citrate, a substance derived from the acid. Mixing gold nanoparticles and citrate created a liquid that displayed different colors depending on the direction of the light.

The research team added the dichroic mixture to polyvinyl alcohol (PVA), a plastic polymer commonly used as a material for additive manufacturing projects. By dissolving the PVA in the liquid and drying out the resulting solution, they created a 3D printing ink that produced striking colors. (Related: New multimaterial 3D printing can help create better robotic systems.)

New dichroic material uses nanoparticles and can be 3D printed

The WUR researchers tested the color-changing properties of their new dichroic ink by 3D printing an object. Since the Lycurgus goblet inspired them in the first place, they printed out a plastic cup and shone light at it from different directions.

The electrons on the surface of dichroic gold nanoparticles absorbed photons of some wavelengths. When light waves went through the material, the absorption effect caused the 3D printed cup to look purple.

Furthermore, the nanoparticles reflected other light waves at a different wavelength than what they started at. The reflected light scattered in different directions. When seen from the side, the reflections made the goblet seem brown instead of purple.

Traditionally made dichroic dye lost its color over time. But the nanoparticles in the 3D printed vessel ensured it retained its vivid color.

“You can use it outside, even put it under the sun, for a hundred years,” explained Vittorio Saggiomo, the head of the project.