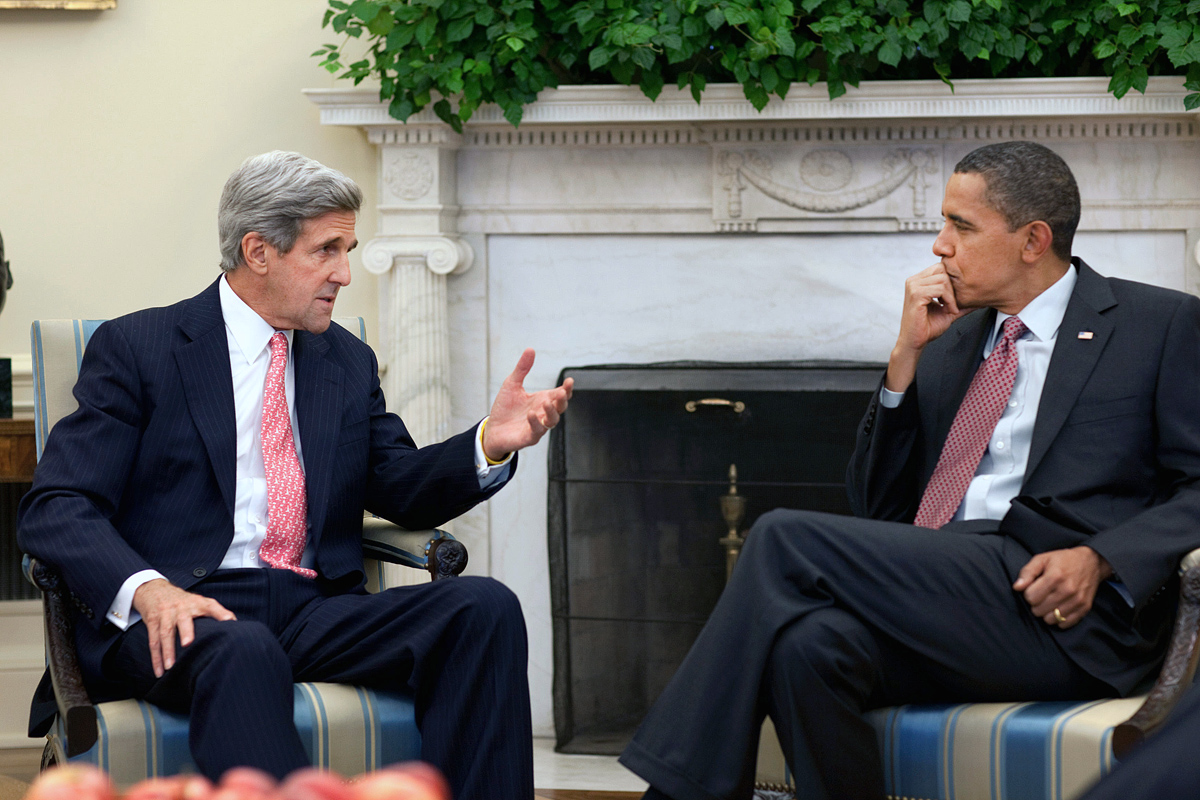 Someone should get a memo to John Kerry: President Obama’s no longer in office and he’s no longer Secretary of State.

Donald J. Trump is now president and Mike Pompeo Secretary of State. Trump has a foreign policy and National Security team in place. He has his own agenda. He has his own objectives.

And unlike Kerry, Trump was elected to the highest office in the free world by the American people, on a vision he has for America, not on a past vision by a failed administration and corrupt State Department.

So what’s John Kerry doing talking to the Iranian government about the Iran “nuclear deal,” especially at a time when Team Trump is looking to dramatically change it or withdraw from it altogether?

Ah, but that’s the point: Kerry doesn’t want that.

But the decision isn’t Kerry’s to make. And by meddling, he may have broken the law.

As The Blaze reports, Kerry has been using backchannel ‘diplomacy’ in a huge violation of protocol, at the very least, to undermine the Trump administration in communicating with members of the Iranian regime.

In what The Boston Globe forgivingly calls “shadow diplomacy,” the paper noted that Kerry’s been working his Iranian contacts in an effort to salvage the deal he and Obama gave their all to make, providing massive financial support to a regime hell-bent on the destruction of Washington’s principal ally in the Middle East, Israel.

Kerry, one of the top architects of the deal, reportedly met with Iranian Foreign Minister Javad Zarif in New York City two weeks ago to discuss the agreement’s preservation. He also met with several European leaders, including German President Frank-Walter Steinmeier and French President Emmanuel Macron, both in Paris and New York.

Trump — on the campaign trail in 2016 and since — has regularly criticized the deal as unfair to the U.S. and its allies. He and other members of his administration have also said Iran has routinely violated provisions of the agreement, including developing more sophisticated ballistic missiles in violation of the spirit of the agreement.

News of Kerry’s interference comes as Trump faces another deadline — May 12 — to decide whether to remain in the deal or withdraw. Members of his administration have been discussing the issue with European allies reluctant to pull out of the deal; Trump, Secretary Pompeo, and Defense Secretary James Mattis want changes. (Related: Israeli PM Netanyahu drops bombshell; reveals 100,000-plus Iranian documents proving Obama-era “nuclear deal” built on “lies”.)

But because of Kerry, Iran may now be less willing to accept any meaningful changes. No doubt the Iranians are aware that he is no longer an influential member of the U.S. government and is not in any position to make or enforce policies, but he’s likely consulting with the Iranians and providing them with negotiating positions against the interests of the American people and the current administration.

Which brings us to a legal issue.

Did Kerry break the law?

Others have tried to say that former national security advisor Michael Flynn’s conversations with Russia’s U.S. ambassador after the 2016 election was a similar Logan Act “violation,” but that’s absurd: Incoming NSAs are expected to have initial discussions with foreign diplomats. Obama’s team did it; all incoming administrations do it.

Kerry, by comparison, is not an ‘incoming’ official but very much a private citizen, period. And he’s intervening as an advocate of an avowed U.S. enemy.

If this isn’t a violation of the Logan Act, then nothing can be.

See more about the Trump administration’s challenges with Obama-era politics at Trump.news.