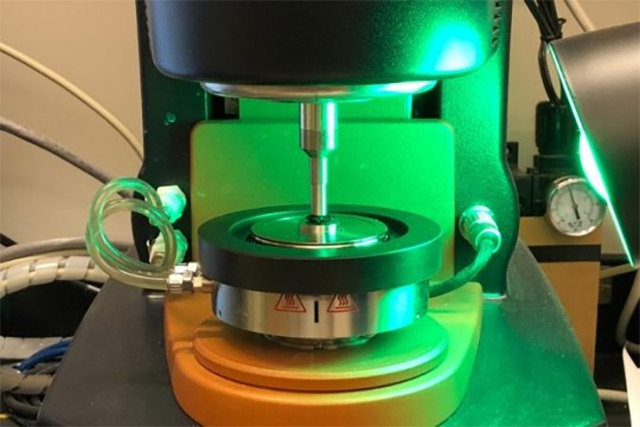 Light provides the impetus and energy for a newly developed polymer to alter its structure and state. According to an article in Science Daily, the material is reportedly able to make itself harder or softer. It can also repair any damage it has taken.

MIT researcher Jeremiah Johnson explained that his team’s invention can switch between different states depending on the spectrum of light. In each state, the material behaves very differently, even though its composition does not actually change.

This ability is enabled by a light-sensitive molecule that is connected to the material’s polymers. The molecule can change the chemical bonds of the material, resulting in new states and behaviors.

Potential uses for the material include serving as protective coatings on ground vehicles and spacecraft. The coating will be able to heal any damage sustained by the vehicle while it is operating in harsh environments. Johnson added that these applications would require further refinement of the material.

While Johnson led the MIT research team, the author was graduate student Yuwei Gu. They published their findings in the journal Nature. (Related: Silk hybrid material can attack bacteria when illuminated by a green light.)

The first polymer that can reversibly change its topology

Topology is the arrangement of the many parts of a material. The topology of a polymer determines many of the material’s properties.

The general rule of thumb is that a material cannot change or reverse its topology once it has finished forming. The only way to do so is to change the very chemical composition of the material.

The MIT researchers came up with the very first material that can go back and forth between two different topologies without having to change its chemical composition. They drew from their work on one of their earlier creations, the polymer metal-organic cages (polyMOCs).

As their name implies, the structures of polyMOCs resemble cages and have metals in them. Flexible polymer linkers serve to connect the cages together.

PolyMOCs were created by mixing together polymers with attached ligands, which are ions or molecules that can bind themselves to a metal atom. Each metal atom can bond with up to four ligands, creating clusters that have different ratios of metal atoms to ligands. The metal-to-ligand ratios set the size of the cage-shaped clusters.

The hard state of the material resists damage, while the soft state heals that injury

Johnson’s team used palladium for their earlier polyMOC. They created a new one that could switch between cages of different size. One cage contained 24 palladium atoms and 48 ligands, while the other one only had three metal atoms and six ligand molecules.

They added the light-sensitive molecule DTE to the ligand. DTE can change the angle of bonds that a nitrogen molecule on the ligand can form with palladium.

When ultraviolet light hits DTE, the molecule creates a ring in the ligand. The ring increases the size of the angle of bonds. The nitrogen molecule is now able to bond to the palladium atom. The existing cages break apart before combining to make bigger clusters.

Green light reverses the effect. The ring formed by DTE breaks apart, which decreases the size of the bond angle. The large cages fall apart and reform into the smaller clusters.

When the material assumes its small-cage state, it is ten times softer and more dynamic. Johnson said the small-cage state can flow when it gets heated up, allowing it to heal any damage. Its large-cage state, on the other hand, can endure the kind of damage that most self-healing materials cannot withstand.

You can find more articles about marvelous new polymers that can change their states and properties at Discoveries.news.