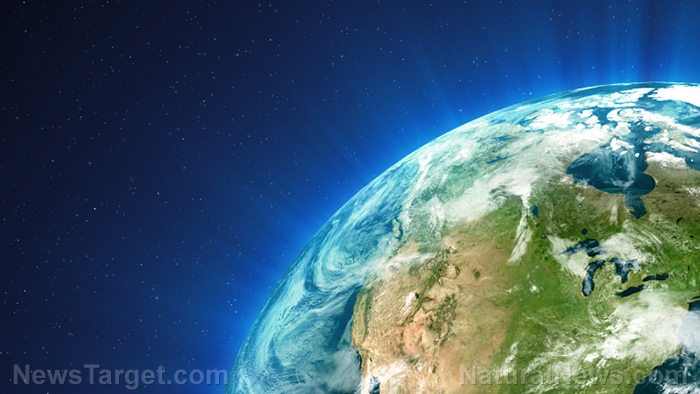 A recent discovery by the Solar and Heliospheric Observatory (SOHO) revealed that the Earth’s atmosphere goes far beyond the moon’s orbit. Experts from the European Space Agency (ESA) and the National Aeronautics and Space Administration (NASA) — which both manage the satellite — noted that it could reach up to 50 times the diameter of the planet.

“This discovery highlights the value of data collected over 20 years ago and the exceptional performance of SOHO,” said Bernhard Fleck, a SOHO project scientist.

Earth’s atmosphere extends beyond the moon

Researchers found that the Earth’s geocorona goes as far as 390,000 miles from the moon. The geocorona is a belt of ionized hydrogen atoms surrounding the Earth at the outer limit of the exosphere — even the moon.

An instrument called the Solar Wind Anisotropies (SWAN) aboard the SOHO measured a type of ultraviolet light called Lyman-alpha radiation. The instrument’s sensors can detect the hydrogen signature of the geocorona and can precisely measure where the border lies.

The researchers discovered that sunlight compresses hydrogen atoms in the geocorona on Earth’s dayside. Moreover, it generates an area of improved density on the night side. The measurements of the SWAN showed that dayside region contains 70 atoms per cubic meter an altitude of 37,000 miles, while the moon has 0.2 atoms per cubic centimeter.

“On Earth, we would call it [a] vacuum, so this extra source of hydrogen is not significant enough to facilitate space exploration,” explained Baliukin.

Researchers have known for a time that the Earth’s outermost atmosphere has a geocorona. The Apollo 16 mission in 1972 took a photo that showed a glowing layer of hydrogen atoms. What the scientists did not know is how far beyond it extends to space.

“There is also ultraviolet radiation associated to the geocorona, as the hydrogen atoms scatter sunlight in all directions, but the impact on astronauts in lunar orbit would be negligible compared to the main source of radiation – the sun,” said Jean-Loup Bertaux, co-author of the study.

He further adds that the geocorona could interfere with future observations in astronomy performed near the area.

“Space telescopes observing the sky in ultraviolet wavelengths to study the chemical composition of stars and galaxies would need to take this into account,” he added. (Related: Understanding the breathtaking power of solar wind.)

Some facts about SOHO

The SOHO has been operational for 20 years. During this time, it already has found amazing discoveries about the sun, including thousands of comets that passed through the Earth to the sun. Some facts about SOHO include the following:

For more stories about SOHO and the sun, visit Cosmic.news.