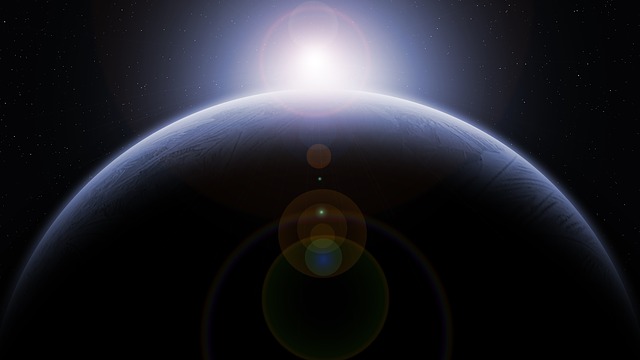 One planet’s toxic gas might be the air that sustains life in another world. This axiom reportedly applies to carbon monoxide, a substance known to harm Earth-based lifeforms but which a new study claims may be the sign of alien life.

Carbon monoxide is deadly to humans and most organic life on Earth. After entering the body and getting added to blood, it binds itself to any hemoglobin it encounters.

The toxic gas blocks the protein from transporting oxygen. It diminishes the supply of life-sustaining gas that many bodily processes depend on.

In the ongoing search for biological signatures of alien life, researchers do not think of carbon monoxide as a sign that supports the presence of living organisms. Most of them consider the presence of the gas as the exact opposite of a biosignature.

On Earth, carbon monoxide serves as an easily accessed source of carbon and energy. Simple lifeforms will absorb as much of the gas as possible, ensuring the levels found in the atmosphere remain very low.

If an exoplanet contains high concentrations of carbon monoxide in its atmosphere, it probably does not have any simple organisms that absorb the gas. In turn, the lack of simple life will prevent the development of complex lifeforms on the planet. (Related: Sugar molecules exist in space, according to astronomers.)

Researchers from the University of California, Riverside (UC Riverside) wanted to change this prevailing school of thought on carbon monoxide being an anti-biosignature. They developed computer models of Earth’s atmosphere three billion years ago so that they might study the gases that comprised its air.

During that period, the atmosphere of Earth did not possess much in the way of oxygen. Furthermore, there was no sign of multicellular organisms.

The earliest known fossils of animal life came from 600 million years ago. They would not appear for another 2.4 billion years. Instead, the planet teemed with unicellular life, such as bacteria.

The UC Riverside researchers found that carbon monoxide might have reached high concentrations during those times. They reported CO levels peaked at 100 parts per million (ppm), which was 1,000 times as great as modern-day levels of the gas.

“That means we could expect high carbon-monoxide abundances in the atmospheres of inhabited but oxygen-poor exoplanets orbiting stars like our own sun,” reported UC Riverside researcher and study co-author Timothy Lyons.

After evaluating the atmospheric chemistry of Earth three billion years ago, Lyons and his UC Riverside colleagues used their computer models to simulate the atmospheres of exoplanets. They targeted planets found around red dwarf stars, which made up roughly three-fourths of the stellar population in the Milky Way galaxy.

Their simulations showed that red dwarf-orbiting exoplanets with populations of microbial lifeforms would have considerable amounts of carbon monoxide. In some cases, the gas made up a good chunk of the planet’s atmosphere.

“Given the different astrophysical context for these planets, we should not be surprised to find microbial biospheres promoting high levels of carbon monoxide,” remarked UC Riverside researcher Edward Schwieterman, lead author of the study. “However, these would certainly not be good places for human or animal life as we know it on Earth.”

The results of the UC Riverside study reminded researchers to keep an open mind regarding the characteristics of alien life. There are numerous exoplanets in the Milky Way galaxy, and they come in all shapes, sizes and types. If one of them supports alien life, the organisms might be very different from those found on Earth.