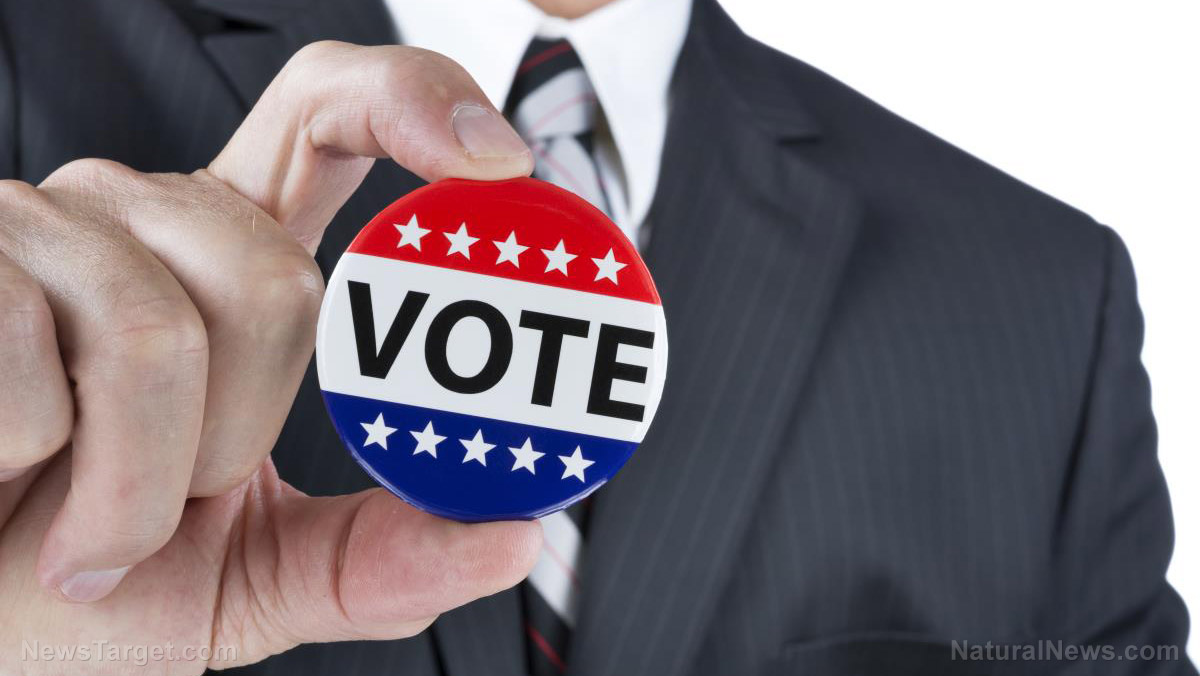 Twitter users are being suspended for tweeting the hashtag #DemandVoterID.

The hashtag is intended to support the implementation of voter ID laws, which would require US voters to provide valid identification when voting in order to decrease the incidence of vote fraud.

Apparently posting #DemandVoterID will get you banned from Twitter for posting 'misleading information about voting'.

Well, fuck it. Let's try. There's no reason not to have Voter ID when you have 20 million illegal residents and more coming in every day. #DemandVoterID

In screenshots from users who were suspended, Twitter says they were banned for “posting misleading information about voting,” however, it’s unclear how the hashtag, which expresses one’s political opinion on the US electoral/voting system, can be construed as “misleading information.”

@getongab I was just put in Twitter jail for tweeting #demandvoterID.. and if you browse that hashtag, you’ll see many others reporting the same thing. pic.twitter.com/LnJYtQwzHZ 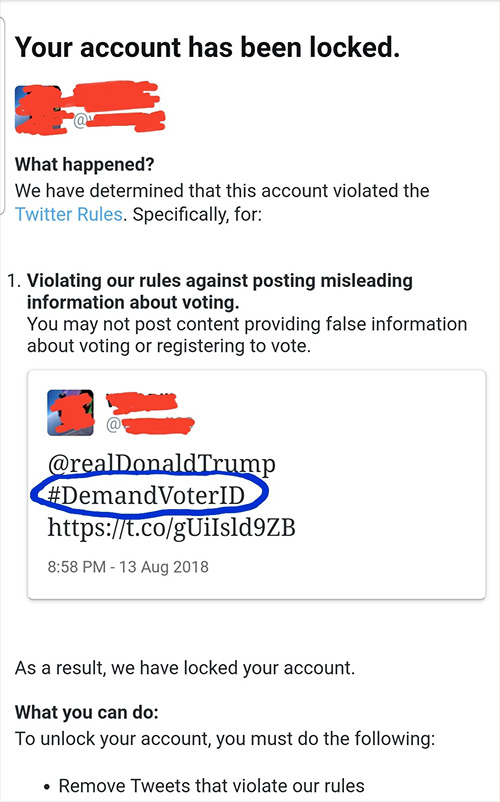 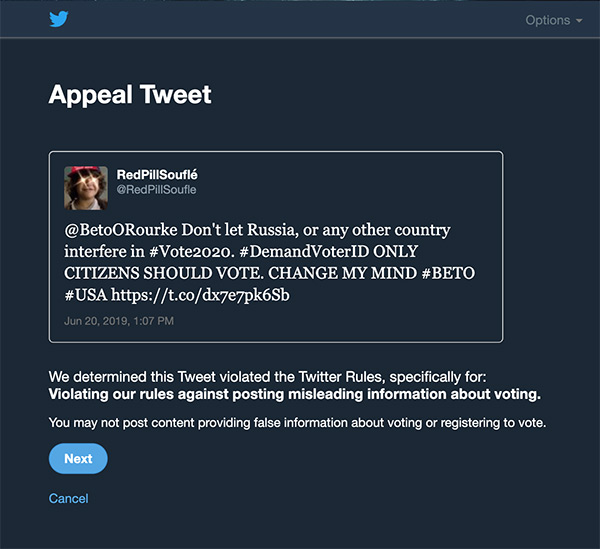 How in the hell does this violate any rules or terms of service? pic.twitter.com/1fw8dVkd6R 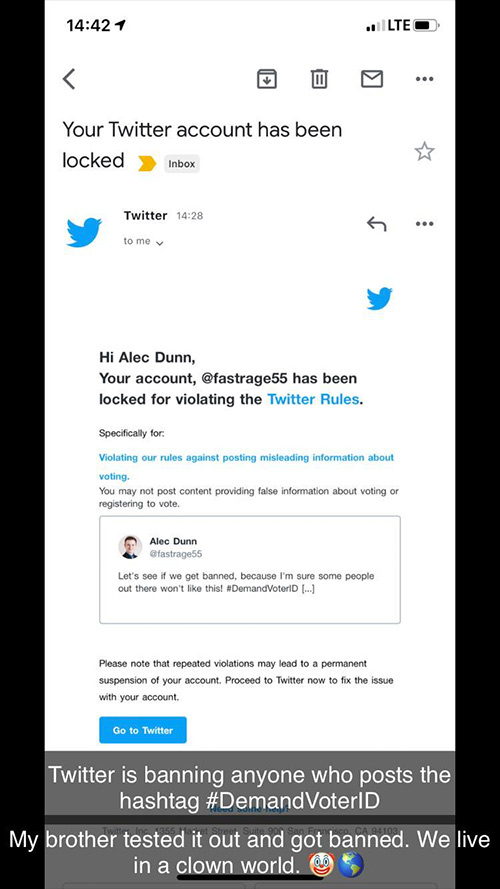 Some users attempted use the fake Russia-gate hoax, which claimed Russians interfered in the 2016 US presidential election, as justification for enacting voter ID. 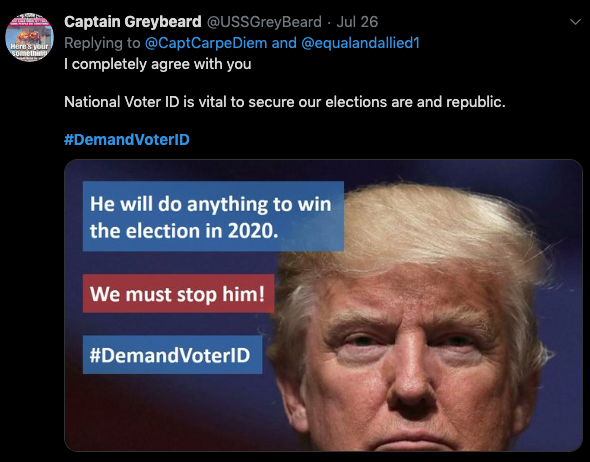 The ban appears to be selectively enforced, as many learning about the hashtag’s suppression tested Twitter to see if they too would be suspended.

My friend @johnhawkinsrwn was suspended for posting "misleading information about voting."
He said "fight the power & stick it to the Russians. #demandvoterid"

I'm not sure how that is misleading information about voting, but I suspect it was the hashtag.#willItSuspendMe

so will #DemandVoterID get me an automatic ban then, lets try it

I don’t often tweet but I need to see if #DemandVoterID gets me banned!

Just seeing if this gets me banned. I stay off of Twitter for the most part because of the bias and censorship of conservatives. #DemandVoterID #demandvoteridnow

President Trump himself on Tuesday also voiced support for Voter ID laws and paper ballots “as back up,” in a tweet that’s still available. He did not include the hashtag #DemandVoterID, however.

We should immediately pass Voter ID @Voteridplease to insure the safety and sanctity of our voting system. Also, Paper Ballots as backup (old fashioned but true!). Thank you!

“Quite simply, Voter ID laws stop Democrats from voting,” the website claims. “A study done at the University of San Diego shows that Voter ID laws disproportionately affect people of color, women, disables, poor, elderly, and students — all of whom generally vote for Democrats.”