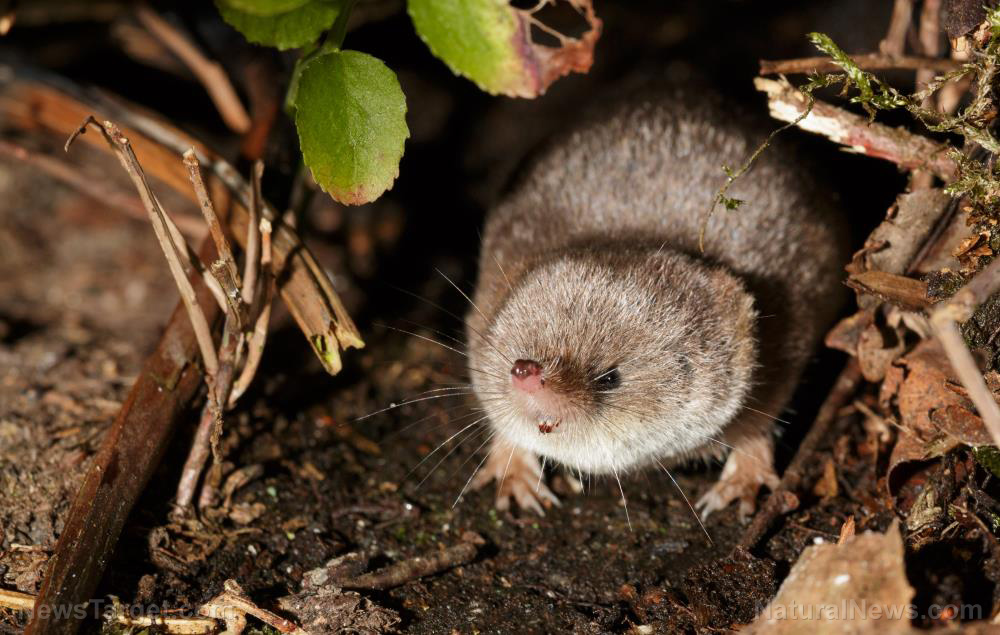 The ancestors of modern mammals may have developed their unique forelimbs long before the first dinosaurs walked on this planet. This is according to a recent study published in the Proceedings of the National Academy of Sciences.

Researchers from The Field Museum of Natural History found evidence that early mammals evolved to have different forelimbs 270 million years ago – 30 million years before dinosaurs are said to exist.

About 312 million years ago, two distinct groups of land-dwelling vertebrates roamed this Earth. The first group, called the sauropsids, are the ancestor of birds, crocodiles, dinosaurs, and lizards, while the second group, called synapsids, are the ancestors of mammals. The physiological characteristics of the two groups varied based on the opening of their skulls, where the jaw muscles are attached. (Related: Researchers: First ever fossilized brain tissue from a dinosaur found.)

Among the earliest synapsids are the pelycosaurs, which are known to be a close relative of early human species. However, the physical characteristics of the synapsids are more reminiscent of reptiles than mammals.

“If you saw a pelycosaur walking down the street, you wouldn’t think it looked like a mammal,” said Ken Angielczyk co-author of the study. “You’d say, ‘That’s a weird-looking crocodile.’”

However, approximately 270 million years ago, a furry line of mammals emerged called the therapsids. “Modern mammals are the only surviving therapsids — this is the group that we’re part of today,” explained Jacqueline Lungmus, lead author of the study.

The therapsids were the first group to branch out and evolve from crocodiles like pelycosaurs. Among the first therapsids are lithe carnivores, burly-armed burrowers, and tree-dwelling plant-eaters.

To find out if the evolution of therapsids corresponded with the development of different forelimb shapes, researchers analyzed hundreds of fossils specimens, which are representative of 73 kinds of pelycosaurs and therapsids. They looked at the area where the bones connect to the shoulder and the elbow. The researchers also examined the shapes of the bones through a technique called geometric morphometrics.

The researchers found that the arm bones of therapsids are different compared to the pelycosaurs: The therapsids have more bone variations, which the researchers believe allowed for a greater range of motion.

“The therapsids are the first synapsids to increase the variability of their forelimbs — this study dramatically pushes that trait back in time,” said Lungmus.

Previous studies have traced the development of forelimbs approximately 160 million years ago. However, the researcher’s findings suggest that this occurrence might have started 100 million years prior.

A short background on the first mammals

Ask anyone who is not well-versed in the timeline of evolutionary history and he might tell you that the first mammals only appeared after the dinosaurs went extinct 65 million years ago. However, as previously discussed, the truth seems rather very different. The first mammals actually co-existed with the dinosaurs during the Mesozoic Era.

The first mammals were tiny and inoffensive creatures who kept a low profile. They fed on insects and small reptiles to survive. These first mammals had the ability to climb trees and dig burrows to protect themselves from getting stepped on by large animals like ornithopods and sauropods. These abilities also allowed them to survive the massive extinction event that wiped the dinosaurs off the face of the Earth.

When the last of the dinosaurs died, the early mammals started to evolve into species that populate the world today.