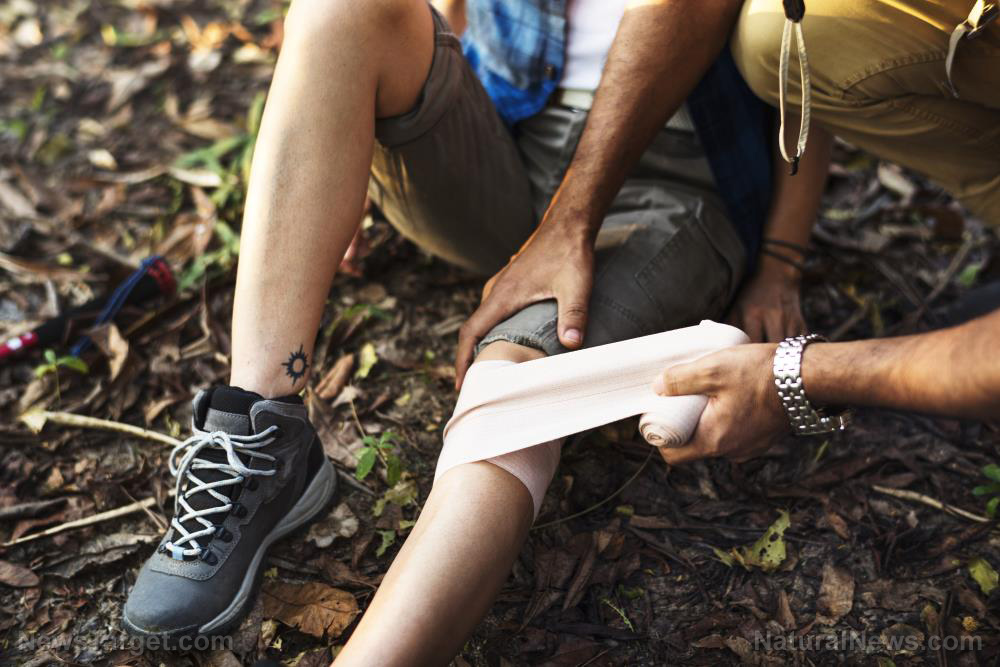 When dealing with an injury, the first thing you need to do is stop the bleeding. If you’re in the city, you can expect medical help to arrive sooner. If you’re in a rural area, however, you may be looking at significantly longer response times.

In a medical emergency, time isn’t on your side. Regardless of your location, every second that an injury is not tended to may lead to a more disastrous outcome. Knowing how to stop bleeding is a crucial skill, and learning it will increase your chance of surviving a serious injury. (h/t to Survivopedia.com)

Time is of the essence

An average adult has about five liters (10 to 12 pints) of blood in his body. A person who donates blood gives about one pint, which is replenished by his body in one to two days. In a traumatic accident, the significant loss of blood can’t be replaced that fast.

Losing 20 to 30 percent of blood volume will cause blood pressure to drop, and losing 40 percent (about four pints) or more will lead to death. Depending on certain factors, blood loss can be alarmingly fast and severe, which is why it’s important to act quickly.

Common types of traumatic injury include abrasions (scrapes), hematoma (bruises), lacerations (cuts), puncture wounds (knife wounds), crushing injuries, and gunshot wounds. A severe injury in a high-risk area of the body can make a person bleed out in just three to five minutes.

A person suffering from prolonged bleeding will become disoriented, confused, and weak, and his ability to respond will become impaired. You can’t afford to sit around and wait for help to arrive. You have to stop the bleeding right away. (Related: Survival first aid: How to stop excessive bleeding when you’re off-grid.)

How to stop bleeding from an open wound

If you’re tending to an injured person, you must first remain calm. Panicking only makes matters worse and may affect your judgment while trying to treat the other person.

Locate the injury or the area in the body where bleeding is most profuse. Once you’ve found it, remove clothing or any debris around the wound. If possible, raise the injured area above the victim’s heart to help stop or slow the loss of blood. Put pressure on the wound using a sterile bandage to stop or slow the bleeding. Hold pressure on the wound for an extended period, then slowly release to check if the bleeding has stopped. If bleeding continues, you must use a compression or pressure bandage.

If bleeding persists, use a hemostatic or clotting agent, like a treated gauze pad. Just remove the pad from the packaging and put it on the wound to stop the bleeding. The hemostatic agents from the pad will react with the blood, creating a seal to close the injury. You still need to apply pressure to the wound, but the gauze pad will make things easier.

Another critical skill for stopping blood loss is applying a tourniquet. The Combat Application Tourniquet or CAT is one of the best tools for this purpose. Small and lightweight, this one-handed tourniquet can obstruct arterial blood flow to extremities.

Similarly, you can use the Rapid Application Tourniquet System or RATS, a simple, affordable system that can be applied by anyone. Like CAT, it is lightweight and quick to use. The RATS is a 1.5-inch bungee with a metal cleat, which slows or stops blood loss extremely well.

If you don’t have a medical kit on hand, improvise with a piece of cloth to cover the injury. Apply pressure on top of the bleeding area to prevent further blood loss.

For a clotting agent, you can use a sterile bandage and a homemade astringent mixture. Here is a simple recipe for a natural astringent powder:

Ingredients (1 tbsp. of each)

Just apply some powder on the wound and press lightly. Wait for at least one minute, then check if the bleeding has stopped. You may have to reapply a few times more for more extensive or deeper wounds.

Still, having an actual medical kit will help ensure a more desirable outcome. Aside from the first aid kit in your home, keep a separate one in your car, and one in your bug-out bag (BOB) or everyday carry (EDC). You can buy first aid kits, or you can make them yourself so you can customize the contents for your specific needs.